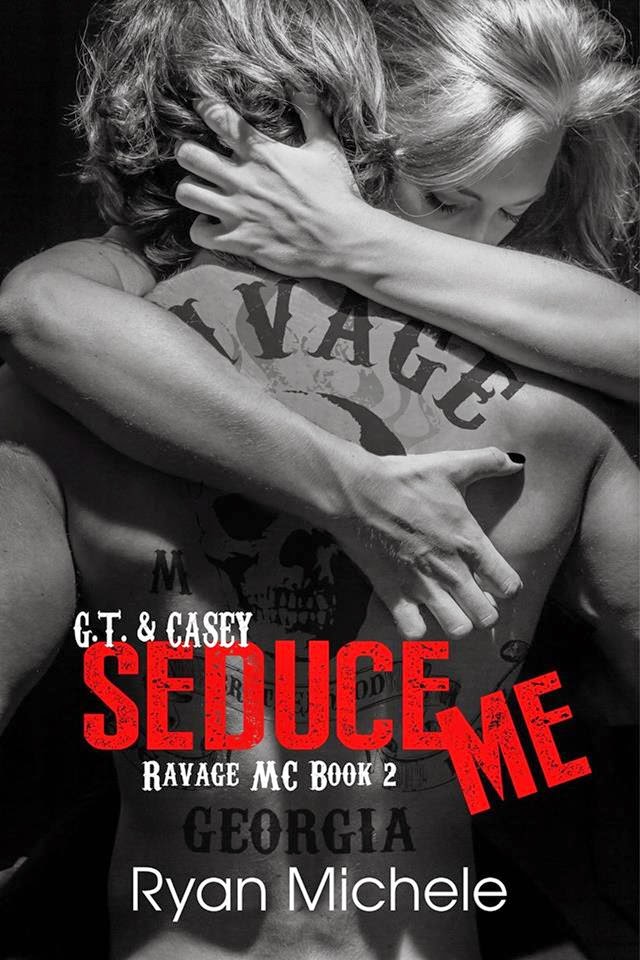 Casey Alexander grew up part of the Ravage Motorcycle family since the day she was abandoned by her mother and thrown into her father’s lap. Always seeing herself as an outsider, she spent her whole life trying to fit in, but never really succeeding. When she loses her beloved father, the utter aloneness engulfs her, leaving her searching for solace in the one man she’s always craved. Confessing her love for him only results in devastation when he pushes her away. Convinced she needs a fresh start, she leaves everything behind in order to mend her broken heart and begin building a future without him.

Gage Thomas (G.T.) Gavelson fell in love with his Angel when he was just a pint sized kid. Both beautiful and smart, he always felt she deserved so much better than him. Growing up beside her in the club only continued to test his will power, until one night, he gave into temptation. Realizing he couldn’t allow himself to hold her back from the life she deserved, he pushed her away, allowing her to believe she would never be enough for him. Letting her go had been the hardest thing he’d ever done. Even though he’d thought it’d been the right thing to do, not a day goes by that misery doesn’t consume him for it.

When a tragic shootout occurs, everything changes as once again their lives are intermingled. When you find your way back to the one person you are meant to be with, forgiveness should be easy. But sometimes, we hurt each other too much to ever be able to forgive.

Is their love strong enough to heal their pain?


Ryan Michele has a huge obsession with reading, which only came to life after her best friend said she had to read Twilight. After reading that series, her entire world changed in the blink of an eye. Not only was she sucked into new worlds and all of the wonderful words authors put down on paper, she felt the urge to begin to write down the characters that played inside of her head. In doing so, Safe was born. Then Wanting You, Ravage Me currently Seduce Me.

When she’s not reading or writing, she spends time taking care of her two children and her husband, enjoying the outdoors and laying in the sun.


Come find me and tell me what ya thought of my books!  Find me at Instagram: author_ryan_michele and Email me at ryanmicheleauthor@gmail.com 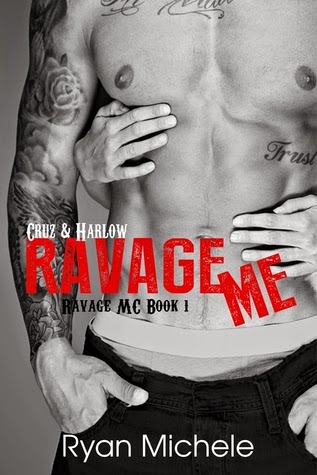 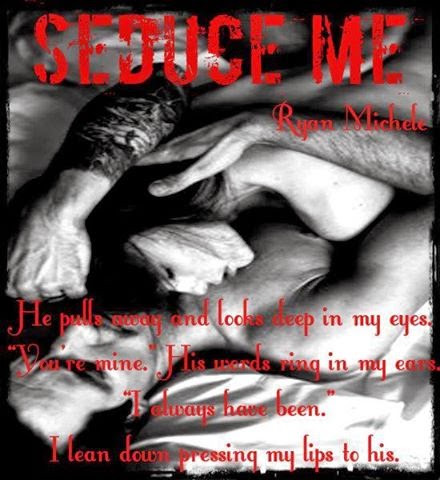 Who is Ryan Michele?

I had these characters who wouldn't shut up. They kept bugging the shit out of me. (I swear I'm not nuts.) But I talked to a fellow author and she told me to just start writing it down, so I did. Then my first book was born. It was only about a year ago when this process started.

Whom are you influenced by?

There are so many great authors out there. I'm in love with Kristen Ashley. She is phenomenal.

If one song could be the soundtrack to your life, what would it be?

I hope I have a bit of Marilyn... but probably more Audrey.

Reading by my pond.

Where do you look for an obscure source of inspiration?

What can you tell us about the Ravage MC series? What's next, what can we expect?

Well, my boys have drama and conflict following them wherever they go. They just can't seem to catch a break. Every time something gets resolved, something else happens around the corner. Needless to say with Tug's story, the problems will continue. I have envisioned some people just popping up. 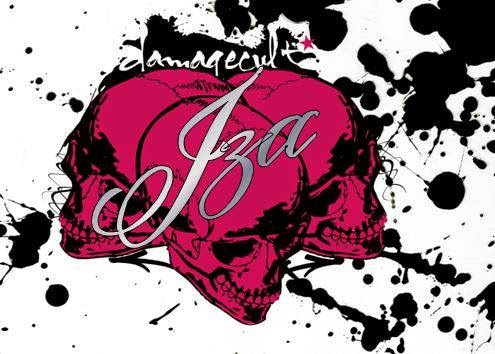 “I need to get away from here and find out who I am.”

Don’t we all just feel the need to get away, so far away from everything and everyone and just start over? That’s what Casey, Harlow’s best friend wanted to do, needed to, actually. If you’ve read the first book in the series, Ravage Me, you know that there’s history between Casey and G.T. and it wasn’t one they wanted to talk about.

So, Casey went off to college to make something of her life because it wasn’t only her she had to think about. Also, she felt like she wasn’t part of the Ravage MC family but rather an outsider, a charity case. She thought everyone tolerated her because of Bam, her dad and Harlow. That’s why it was easier for her to leave, thinking she left only Harlow behind.

G.T. thought she was too good for him, that she deserved better and that’s why he did what he did. Thing is, he’s in for a treat. All of them are.

Things happen. At 13% I was crushed. So consider yourself warned. After the 13% heartbreak, not only I but Casey picked herself up and put herself back together, as much as she could with the help of two new friends. All this happened before the epilogue in Ravage Me, it was a catch-up. Remember that epilogue? Oh man, that left me reeling. Diamond shot and killed, G.T. shot too, not in a stellar condition. But the story continues with Casey going back home – because it is her home, the Ravage MC is her family and she’ll come to realize that – and it’s like the domino effect, one falls and the others do too, major events unfolding.

I really liked this one, there were parts that really broke my heart and there was a scene I wanted to smack the hell out of G.T. I was actually awaiting another boom for a finale but this time, it wasn’t like that, though I wonder what the fate of Rhys is, he’s my favorite Ravage biker. And Tug is a new fave and if I understood well, his story is next!

4 stars and I thank the author for the advanced copy given for an honest review. I’m a fan and I’ll keep on reading.