Tally is a twenty-year-old single mother struggling to finish nursing school. Has she made mistakes in life? Sure, but her daughter isn’t one of them. She works hard, she studies even harder, and she’s only a few weeks away from graduating. She’s living her life the best she knows how when she witnesses a near miss motorcycle accident between a car and a biker. A biker that happens to be the most talked about teacher at her college. The moment she meets those startling blue, narrowly-escaped-death eyes, she realizes quickly that life as she knows it has changed. No longer will she be content to let life pass her by, even if it puts everything she’s worked so hard for in jeopardy. *** Tommy is a highly skilled doctor. A teacher. A veteran. A fully-patched member of The Dixie Wardens MC. He’s lonely, but also set in his ways. What will it take for this man to accept that he needs to make some changes in his life? Apparently, it’ll take a guy in a truck, who’s preoccupied with his phone rather than focused on the road, nearly plowing into him on his bike at seventy miles per hour. Oh, and a twenty-something year old nursing student witnessing the entire thing from only a few feet away. It only takes a second, a single heartbeat in time, as he looks into her worry-filled eyes to realize that he’d give anything for a single night with her. He may lose his job in the process, but after that one incredible night turns into an amazing weekend, he knows it’s worth the risk for the promise of her forever.

I leaned back in my chair, letting my pencil drop onto the couch beside me, and stared at him.
“What are you doing?”
He worked his jaw, his hand coming up to allow his fingers to scratch his beard.
He looked so freakin’ sexy, even doing innocuous things like touching his majestic beard.
It really was majestic…and longer than I remembered.
Was he growing it out? I wonder what it would feel like rubbing against the inside of my thighs?
“That look won’t get you anywhere right now,” he murmured.
I bit my lip.
“I…” I didn’t have anything to say to that.
I really shouldn’t be thinking about it.
Really.
I shouldn’t be thinking about how his cock filled me up. I shouldn’t be thinking about the erection I could now see straining his pants. I shouldn’t be wishing I could take it out and swallow it…
“Stop,” he snapped.
I’d bitten my lip, but my eyes remained on his cock.
And the next thing I knew, there was a two hundred and thirty-pound man on top of me, pinning me to the couch.
I gasped, taken aback at the suddenness.
He used my gasp against me, slamming his mouth to mine as he thrust his tongue into my mouth.
I moaned.
He tasted like chocolate.
I’d seen him eating M&M’s in class when I’d passed his classroom door on the way to my own.
I’d also been insanely jealous of that candy.
I wanted to melt in his mouth. I wanted to be the thing that he enjoyed the taste of.
He thrust his leg in between my thighs, and I parted them without hesitation before wrapping my arms around his shoulders and pulling him even closer to me.
I forgot what I was doing. I forgot where I was. I forgot everything, focusing only on the feel of his body on mine. The taste of his mouth. The smell of his skin.

You have to enjoy a little forbidden love and this book delivers. Everything about Dr. Tommy was perfect and Tally is a perfect match to be his other half. With a very young daughter to raise, an annoying ex with a new wife who's touched (and not by an angel!!), and trying to work her way through nursing school, Tally doesn't need any more distractions. Well, not until one super hot doctor/teacher/member of The Dixie Warden Rejects MC comes along and shows her some new study techniques!

I've been a fan of all of this authors books; every series. But this one is by far my favorite. From the very beginning it grabbed me and held on right to the end. I give it 5 fantastic stars!! 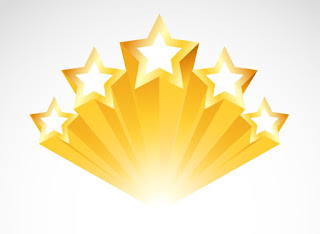