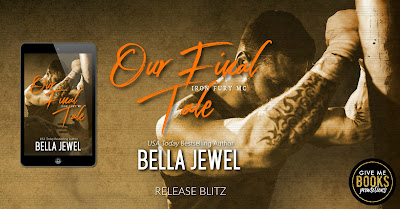 SLATER
For over a decade I searched for her.
She disappeared a long time ago.
But I never gave up.
Seeing her again, it was the only thing that kept me holding on for so long.
Clutching onto the small chance that she might know who I am when I found her again.
If I found her again.
It was always a big if.
But I wasn’t going to rest until I got answers, alive or dead, I would find her.
I needed to know what happened to the girl who took my heart when we were younger, and kept it for well over a decade.
She owns every single piece of who I am.
Nobody else has ever come close.
And now I’ve found her.
And she’s lookin’ at me like she doesn’t know who I am.
Like I wasn’t her first kiss.
Her first boyfriend.
Her first love.
Her first heartbreak.
The man who took her innocence.
The man who destroyed her, and caused her to run.
The man who spent ten years trying to find her, because of one pathetic, pitiful mistake.
I ruined her.
And now she has no idea who I am.
Not a single damned clue.

ELLIE
I don’t know who he is.
And yet something about him seems strangely familiar.
I know nothing of who I am.
All my memories are like hazy nightmares. I don’t know which ones are real and which ones are fake.
I don’t even know my own name. I don’t know anything about my past.
I only know that for the last ten years, I’ve been Raven.
Only that isn’t my real name.
But that’s what he called me.
The monster who owned me.
The monster disguised as a saint.
A monster I finally escaped.
And now there’s him.
Slater.
A man who claims to have spent the last decade searching for me.
His Ellie.
He claims I’m the love of his life.
He’s desperate for me to remember him.
But I don’t.
Even though when I look into his eyes, I feel strangely at home.
Like he’s the missing piece of who I am.
But can I trust him?
Can I trust the man who claims to love me, and yet is telling me he’s the reason for my hell?
Who is telling me, it is him, who destroyed me.
Is he a bigger monster than the one I just escaped from?

Available at other retailers soon 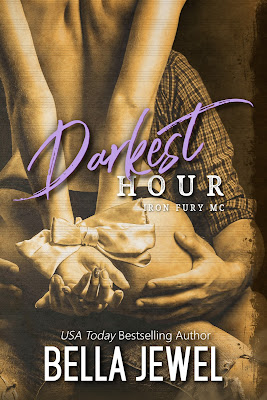 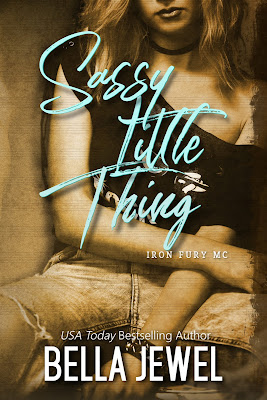 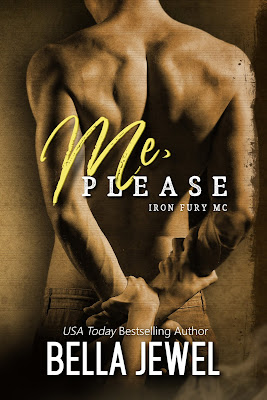 
Bella Jewel is a self published, USA Today bestselling author. She’s been publishing since 2013. Her first release was a contemporary romance, Hell’s Knights which topped the charts upon release. Since that time, she has published over five novels, gaining a bestseller status on numerous platforms. She lives in North Queensland and is currently studying editing and proofreading to further expand her career. Bella has been writing since she was just shy of fifteen years old. In Summer 2013 she was offered an ebook deal through Montlake Romance for her bestselling modern day pirate series, Enslaved By The Ocean. She plans to expand her writing career, planning many new releases for the future.

a Rafflecopter giveaway
Posted by The Dirty Book Girls at Monday, September 24, 2018 No comments: 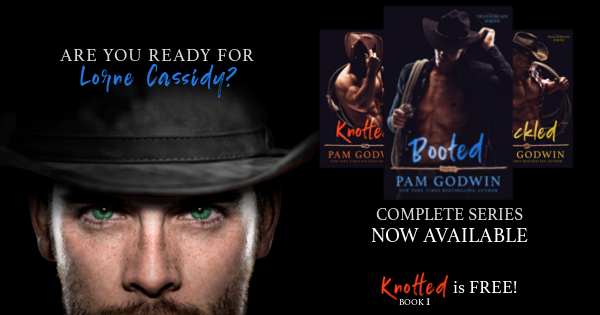 Genre → Contemporary Romance
Theme → Dark, brooding, kinky, lawless cowboys
Series → Each book is an HEA with no cliffhanger. Must be read in order. 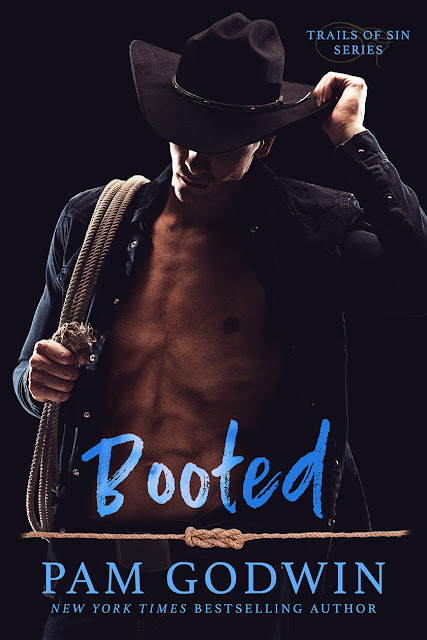 KNOTTED Blurb →
I try to forget her.
It’s impossible

First love, first kiss, first…
Not all our firsts.

We were sixteen the night she was violently assaulted while I helplessly watched.
I’ll never forget the sounds of her suffering.
Or my inconsolable agony when she left Oklahoma.

Years later, she returns to honor our teenage pact.
Except the boy she loved is gone, replaced by a ruthless cattle rancher knotted with secrets.
She doesn’t know my dark cravings or the trails of sin that lead to her.

I don’t deserve her, but one truth remains.
She’s mine.

BUCKLED Blurb →
I protect what’s mine.
The ranch, my family, our buried secrets.

Nothing will stop me from reassembling the life that went terribly wrong.
Not the law.
Not our enemies.
Not even Maybe Quinn.

The gorgeous, quarrelsome journalist shouldn’t have meddled.
I shouldn’t have let her stay.
But she’s hiding something in those deceptive blue eyes.
Something deeper than her thirst for a news story.

I make a deal with her to buy time.
To unravel her lies. To play with her. To satisfy my darker appetites.
When she buckles beneath my belt, I’ll send her away.
Unless I buckle first.

BOOTED Blurb →
The night I’m released from prison, she’s in my bed.
It’s been eight years since I touched a woman, and the Native American beauty is half-dressed, beaten, bruised, and devastatingly exquisite.

We’re toxic together, but we want the same things. Blood. Vengeance.
Violent relief in a warm body.

Beneath her touch, I’m alive.
Against her skin, I’m redeemed.
Buried inside her, I forget the past.
Until the past takes her from me.

Prison made me cold, but losing Raina makes me cruel. Ruthless. Unforgiving.
I killed before. For her, I’ll kill again.
I’ll end this once and for all or die in my boots.

I have been so anxious to get Lorne’s story. I was not disappointed. Lorne has just been released from prison. Jarret and Maybe have brought Raina to the ranch to recover from John’s torture. Lorne is set on discovering why Raina was with John in the first place. Everyone is wary of Raina. Should they trust her? They soon discover that they all have the same agenda. End John.

I really loved Raina and Lorne’s chemistry. They were hot! Lorne’s patience was sexy. He wanted Raina but not without breaking down her walls first. Raina was tough. She is a survivor. I loved her. Booted was a great conclusion to the series. The epilogue was fantastic.

Author Bio
New York Times and USA Today Bestselling author, Pam Godwin, lives in the Midwest with her husband, their two children, and a foul mouthed parrot. When she ran away, she traveled fourteen countries across five continents, attended three universities, and married the vocalist of her favorite rock band.

Java, tobacco, and dark romance novels are her favorite indulgences, and might be considered more unhealthy than her aversion to sleeping, eating meat, and dolls with blinking eyes.

Posted by The Dirty Book Girls at Wednesday, September 19, 2018 No comments: 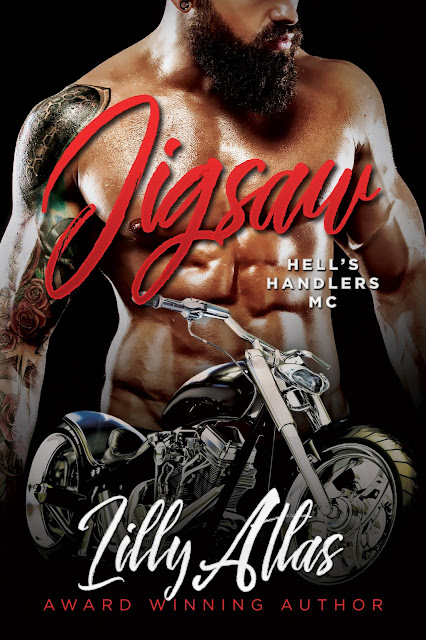 After being disappointed by her family one too many times, Izzy’s convinced the only person she needs is herself. Seeking a life with fewer relationships, she leaves the bustle of the city and moves to small-town Tennessee. Her plans for quiet and solitude don’t last long after she’s adopted by both the men and women of the Hell’s Handlers Motorcycle Club.


Once upon a time, Lincoln had a picture-perfect life. Sweet, loving wife, beautiful daughter, enviable career. But one fated night, it’s all wiped out, leaving him scarred both mentally and physically. Now known as Jigsaw, he’s a force to be reckoned with, and a valuable asset to the Hell’s Handlers MC. He’s also done. Done with love, done with dreams, done with women…unless it’s to work off some tension.
Despite their resolve to avoid entanglements, chemistry blazes between Jig and Izzy and becomes harder to resist with each encounter. When the club’s enemies set their sights on Izzy, the Handlers pull her even further into the fold. Everything Izzy believes about families is challenged as Jig and his club prove they can be counted on again and again.
Fighting side by side with a fearless woman, even one as smokin’ as Izzy, isn’t something Jig wants, but it might be exactly what he needs. If club business doesn’t destroy them, do Jig and Izzy stand a chance of letting their pasts go and finding happiness? 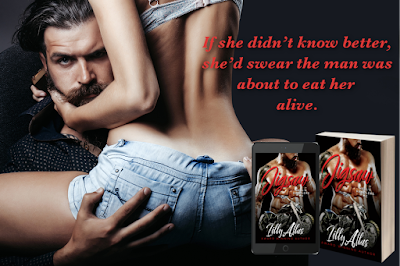 Posted by The Dirty Book Girls at Friday, September 14, 2018 No comments: