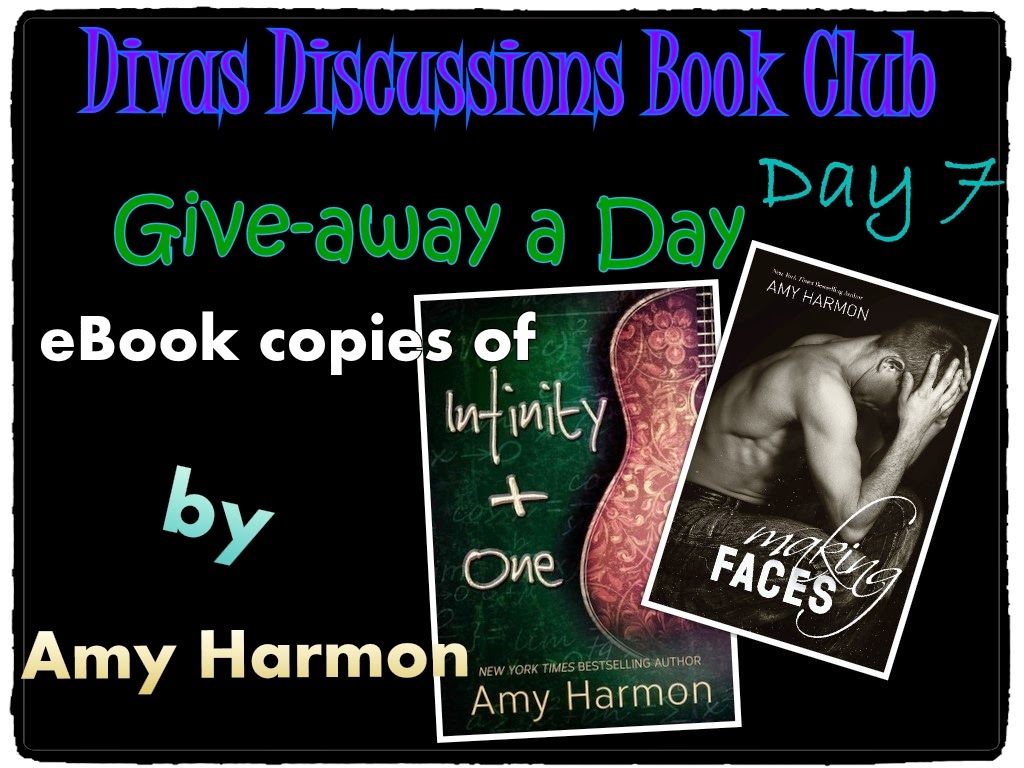 Amy Harmon is the author of Running Barefoot, Making Faces, Infinity + One, A Different Blue and the Purgatory series.

Review The Deep End of the Sea by Heather Lyons 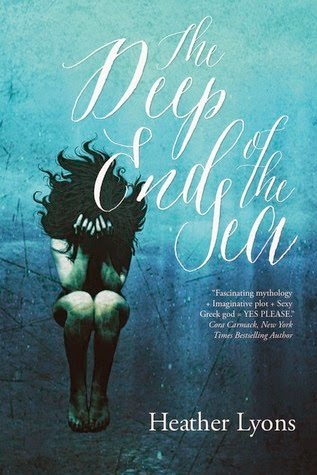 What if all the legends you’ve learned were wrong?

Brutally attacked by one god and unfairly cursed by another she faithfully served, Medusa has spent the last two thousand years living out her punishment on an enchanted isle in the Aegean Sea. A far cry from the monster legends depict, she’s spent her time educating herself, gardening, and desperately trying to frighten away adventure seekers who occasionally end up, much to her dismay, as statues when they manage to catch her off guard. As time marches on without her, Medusa wishes for nothing more than to be given a second chance at a life stolen away at far too young an age.

But then comes a day when Hermes, one of the few friends she still has and the only deity she trusts, petitions the rest of the gods and goddesses to reverse the curse. Thus begins a journey toward healing and redemption, of reclaiming a life after tragedy, and of just how powerful friendship and love can be—because sometimes, you have to sink in the deep end of the sea before you can rise back up again. 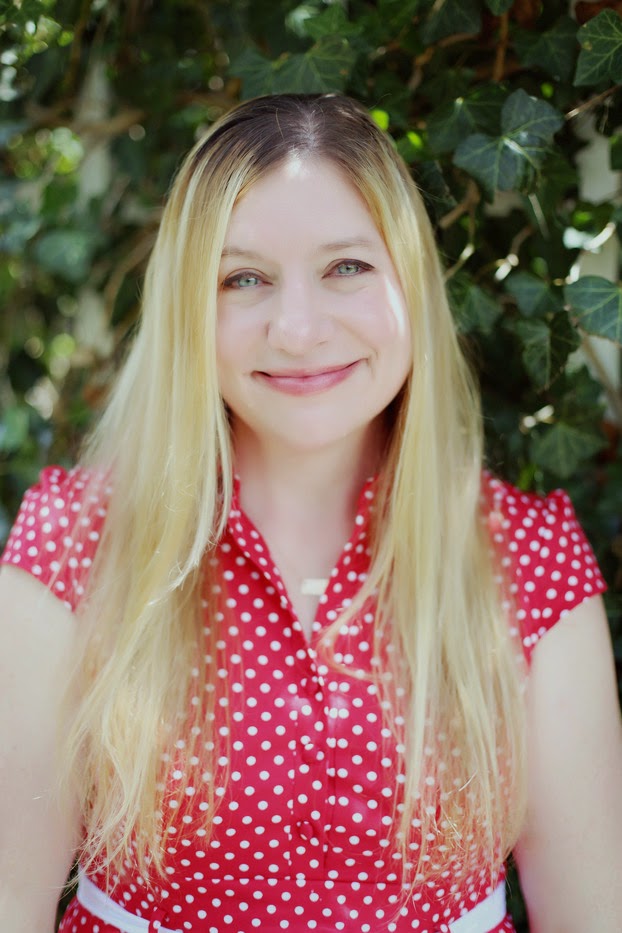 Heather Lyons writes epic, heartfelt love stories and has always had a thing for words. In addition to writing, she’s also been an archaeologist and a teacher. She and her husband and children live in sunny Southern California and are currently working their way through every cupcakery she can find.

1. I am a sucker for books with mythological elements in it! I love myths and legends, my favorites being the Greeks and Norse. That being said, if an author successfully manages to bring these millennia-old tales told by the Ancients, into the 21st century and it does the old poets justice, that is a win, in my book!
2. I love the twists and turns on Medusa's tale, how she got the justice that she deserved. This brings to mind Gena Showalter's twist on Pandora's myth and that's one of my favorite series. I also love how Hermes, a god I honestly never thought twice about, became pretty damn important - not to mention, swoon-worthy and BBF material - and the hero of the book.

So, these two seemingly unimportant mythological characters have another chance and they get it together, they get a HEA I would have never thought of.

I loved how Hades and Persephone weren't mean, like in other books I've encountered them. Just because they're the King and Queen of the Underworld doesn't mean they're effectively evil. That's discrimination, if you ask me. *waving pompoms* Rah-rah, Hades!

Poseidon was the bad guy and, in the end, I felt a smidgen of pity for him.

I recommend this book to any Greek mythology & legends aficionado. Seeing the ancient gods fully integrated in the 21st century is great and I'm sure the ancients never thought that would ever happen.

Blog Tour Promo Love in the Dark by Isabel Pietri 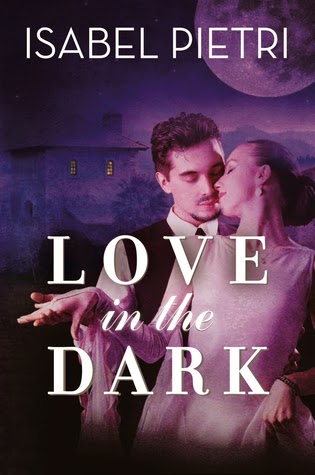 NYPD surveillance expert, Detective Millie Angeles knows well that scintillating things can transpire under the cover of dark. Some of them happen to be quite pleasurable. Others, however, are nothing short of deadly. LOVE in the DARK lifts the cloak of darkness on one woman’s action-packed life, revealing high action and erotic encounters that are certain to enthrall and excite anyone who loves their intrigue served with plenty of sauce.
In the sordid, shimmering streets of New York City, Millie has made a name for herself working in the elite TARU unit of the New York Police Department as the go-to girl for surveillance and tracking. However, when tragedy occurs, she finds herself casting about for a new chapter. That all falls into place when she lands a job at a private company, which dispatches her to the West Coast to work for Adrian Zaragosa, a blind, and strikingly handsome owner of a winery estate in the Napa Valley. As the plot thickens and their passion sparks, Millie finds herself in the throes of both extreme danger and overpowering desire. Millie’s talents seem to be just what Adrian needs. Or is he simply manipulating a situation to have her near?
Blood-pumping and heart-racing, LOVE in the DARK will leave readers wanting more, and perhaps even begging for it. It’s Fifty Shades of Grey and the Girl with the Dragon Tattoo commingling into one irresistible read.
“A cop gets more than she bargained for when she agrees to be the director of security for a mysterious business man in this debut thriller.” – Kirkus

“Mystery and erotica meld together to build a tense narrative led by a no-nonsense female cop. Plots and subplots that feature aspects of colorful characters, mystery and sex.” – Clarion Review

I am a retired Labor Union President from NYC. In retirement, I have taken up the craft of creative writing, which has been a life long passion of mine. I have one book published, "LOVE in the DARK"  http://www.amazon.com/dp/B00GQKHDMQ. The second book in the trilogy, "The Black Calla Lily" is almost done. Aside from being a published author, I scuba dive, fish, golf, target shoot, drink good wine, love vodka martinis and read.

IN FIVE WORDS PLEASE DESCRIBE YOUR WRITING STYLE:
My writing style is conversational.

DO YOUR LEADING CHARACTERS COME FROM ANY PLACE IN PARTICULAR?
You could say they are a composite of myself, my husband and people I know, past and present.

WHAT DO YOU DO IN YOUR DOWN TIME?
I read, write, play with my dog and two cats, play golf, swim, scuba, watch movies, drink good wine and observe people.
TOP FIVE SNACKS WHILE WRITING:
Wine (red or white, but mostly red, Malbecs from Argentina).

WHAT'S YOUR WRITING PROCESS?
I daydream constantly re-playing a drama over and over again, tweaking here and there until I like the drama in my head. Then and only then do I sit to write. Once the actual writing starts, I find the story writes itself.

TALK TO US ABOUT YOUR BOOK, WHAT IS YOUR FAVORITE PART OR CHARACTER?
I love all the characters in LOVE in the DARK. Mr. Z is easy to love, but Millie is my favorite. Her character is complex. She is a rough and tumble sort of gal while at the same time loves playing the role of submissive to Mr. Z. Millie's sense of justice, her loyalty, and courage culminate at the end making it my favorite part of the book.

WHAT IS THE CRAZIEST THING YOU HAVE EVER DONE?
Umm....I'd rather not say.

WHAT IS YOUR FAVORITE PART OF BEING A WRITER?
I like writing for the sake of writing. To be able to use language to evoke emotions and thoughts and draw a person into an imaginary world where they can let go of reality for a while is a good feeling. Then there is self-discovery. I never thought I had the language to write explicit sex scenes. Imagine my surprise! Entertainment is what it is all about.