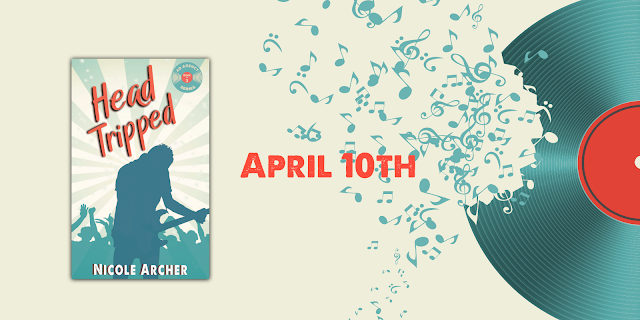 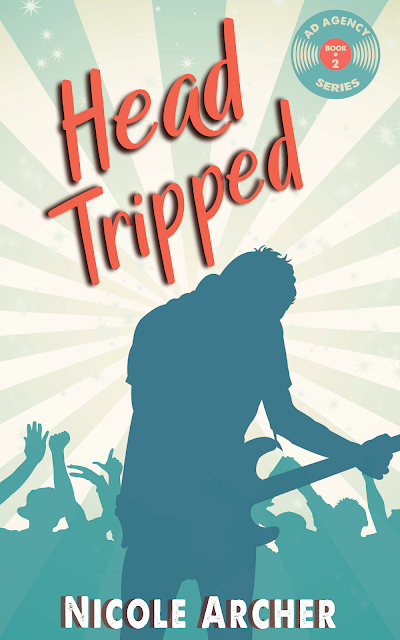 Violinist Effie Murphy moved to New York to pick up the pieces of her life. After six months, she’s still broken, not to mention flat broke. But everything changes one weird night, when she meets Elias, the lead of one of the hottest bands in the world. Except, she doesn’t know that. She also doesn’t know he’s leaving the country soon.

Elias hates life in the spotlight. So when he meets Effie at a random party, he pretends to be an unemployed deadbeat. Why not? He’ll never see her again. Except, he can’t stop thinking about the wild woman who helped him write songs that night.

Head-Tripped is the second book in the Ad Agency Series and can be read as a standalone. However, it’s a more fluid experience to start with Book 1, since many of Road-Tripped’s characters are threaded into this book. 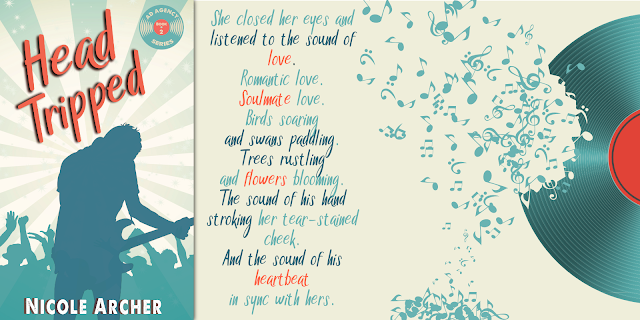 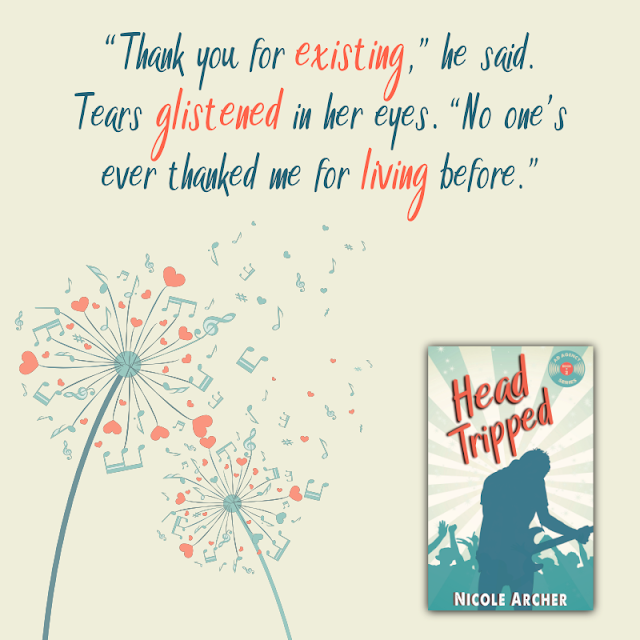 I was really anxious to get my hands on Head-Tripped. Road-Tripped was one of my favorites reads last year. Nicole Archer stays true to her style with her quirky, sweet, and hot romance. But Head-Tripped has a different vibe to it and that is a good thing. The humor is a bit crass and dark and I loved it. I really appreciate Ms. Archer’s creativity and her ability to bring something new and unique. The amount of research she puts into her stories and her playlists is pretty amazing.

Effie is the twin sister to Callie from Road-Tripped. Effie is a child prodigy that can play the violin to perfection and basically any instrument she touches. She also has the ability to hear sounds on a different level than other people. You get the sense that she may have a bit of Asperberger’s or something along those lines. This ability has almost destroyed her life. With a mother that controlled her and the drugs that she took to numb everything she was close to not making it out. Now she is a recovering addict and has been clean for two years. Effie is still kind of floundering and trying to find her way in the world. She is also still fighting her demons. I adored Effie. She was so sweet and full of life. I wanted her to get her chance to shine and find her way soooooo bad.

Elias is the lead singer for one of the hottest bands right now Urban. The band is in a rut. They are playing the same songs and they need new blood. Elias is having major writers block and hasn’t been able to write new material……..until he meets Effie. Sparks go off as soon as they meet and they spend two fun filled days together. And with Effie’s help Elias gets his writing groove back. They go their separate ways but Elias realizes the songs he wrote with Effie could bring new life to the band. He immediately tracks her down and asks her to join them on tour. Effie jumps at the chance but she goes not realizing who Elias really is.

Thus begins their whirlwind tour full of love, laughter, passion, and a crazy cast of side characters. Effie and Elias were so great together. I felt Effie was the star of this book but I really loved Elias too. He was sweet, sexy, and swoon worthy. He was completely enamored with Effie and you could feel his joy just being around her. And his speaking in his sexy languages didn’t hurt things either. Elias has his own demons. Demons that you know are going to threaten what he has with Effie if he can’t come to terms with them.

I do have to say at times I was screaming at Effie to open up and tell Elias her truth. I wanted the honesty to come a bit sooner in the story. I think it made the ending feel a tad rushed because of how Elias found out and how it was resolved. Not that I didn’t sympathize with Effie’s struggle. She still didn’t believe in herself quite yet. I think she also didn’t believe that somebody could love her with their whole heart. This paralyzed her with fear and so couldn’t open up. I teared up quite a bit towards the end with the scene of her in front of the mirror. It was so real and beautiful.

Well done Nicole Archer. I can’t wait to see what you come up with next.

While I enjoyed the first book in this series Road-Tripped, this book is completely different and still engaged me quite a bit. Effie (twin sister to Callie from Road-Tripped) has been clean and drug free for over two years; however, she still battles her addiction and her feelings of self-worth despite her successes. She's also a musical savant....able to play just about any instrument put in front of her and has an ear for music like no one else. Effie meets Elias and they begin a whirlwind tw0-day romance. They both feel the connection, but are hesitant to really let loose about it. Elias is a musician as well, albeit the lead singer for rock group Urban; he doesn't inform Effie of his successes. Effie doesn't keep up with popular culture, so even if Elias had told her about the true nature of his band, she wouldn't have known his group or their popularity.Elias ends up having to leave for a European tour and after just a few shows, he tells the group about the new songs he wrote with Effie, but won't perform the songs with her because they don't sound right. Effie agrees to come on tour with his band, still not realizing the popularity of Urban and she's a bit flabbergasted when she realizes that Elias purposely hid this information from him. The cast of side characters in this book were amazing. All of Elias' band mates, their security guard Hal, Elias' mother Annie, and their bus driver LeStrange, make for a fun set of craziness that has no bounds. They're also very supportive of Elias and eventually they all warm up to Effie, too. We also get a couple of glimpses of Callie and Walker and we see how Effie and Callie are working to mend their relationship.I was a bit disappointed in Effie's hesitation in telling Elias about her past. I think she left that drag on too long and although it was resolved fairly quickly, it could have been a non-issue, if Effie has just shared that information. Instead, we're treated to a vindictive band manager who'e hell-bent on ruining Effie, and nearly does so. Elias' gesture to Effie at the end was sweet and I liked that everyone played a role in that.I don't know if there will be more in this series, but if so, I'll definitely keep reading. 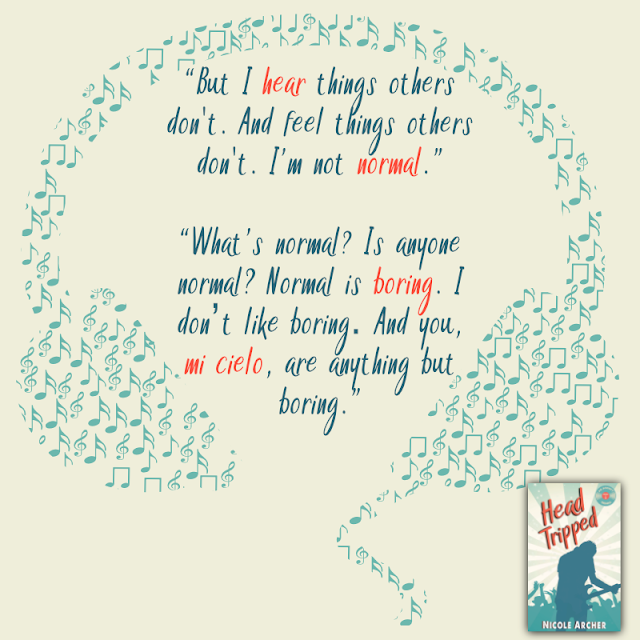