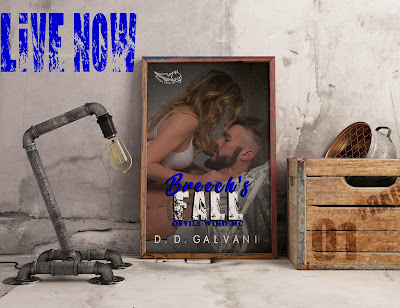 “I would totally recommend this book (and series!) to anyone who loves MC romances, bad boys that are really big teddy bears, and strong leading ladies!” ~ Amazon Review

“D.D. Galvani once again delivers a book that had me completely hooked and unable to put it down.” ~ Amazon Review 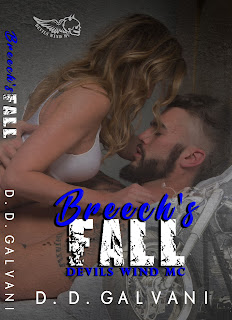 From the moment Jiji steps foot inside the Devil's Wind clubhouse, Breech can't get her out of his head. She's beautiful, smart and sassy-all things that drive Breech's need to its breaking point. But she's not for him. She's his best friend Fighter's little sister. He can't hit it and quit it with Jiji, like he does the others. Either he's all in or Fighter will have his balls.
Jiji knows exactly what kind of man Breech is and no matter what kind of fire he sets off in her lady parts, she has no intentions of getting mixed up with him and becoming another one, of the many women, he leaves in his wake. She has goals she's working towards and the world of bikers doesn't fit in with what she has planned.
But when trouble comes knocking and Jiji finds herself in a terrifying situation, it's Breech and the Devil's Wind that must step in to save her. She just hopes they make it in time.

The connection between Breech and Jiji from book one has carried over into this latest installment of the series. Both are strong minded people so when they combine, it's like a super force. I liked the plot of this story and I think it was not so over the top that it couldn't be believable like many books out there today. The only thing I wish this author (or more importantly, her editor) would do is not end so many comments between two characters with the persons name that is being spoken too. Let me give an example:

Sandra was giggling. "Fucking hell Jiji, you didn't."
Smiling, I said, "I sure as shit did."
Sandra leaned forward, hanging on every word. "So, what happened, what did he say? Jeez, don't stop now, Jiji."

Maybe it's just me who picks up on these subtle nuances, but always using a persons name while speaking seems a bit over the top.

Anyhoo, I liked it and I give it 4 stars. I was also given this book as an ARC for an honest review. 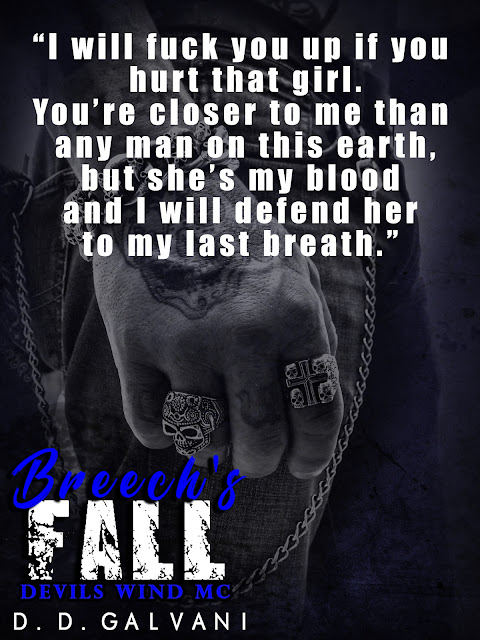 D.D. Galvani was born and raised on Long Island, New York. She moved to Florida in 2002 and lives there today with her husband of 37 years. She has two children and one beloved grand daughter whom she spoils as much as she can. She is an avid reader and crafter and decided to put those two loves together and Swag by NaNa was born. After working around author’s for a few years, she asked a couple to look at a story she had written and was blown away that they liked it. They pushed her to finish it and her first novel Fighter’s Claim, an MC romance came to be. She writes strong alpha males and sassy intelligent women. Welcome to her world! 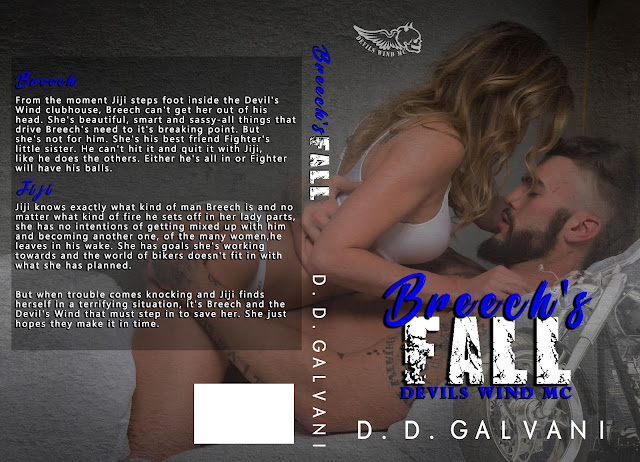