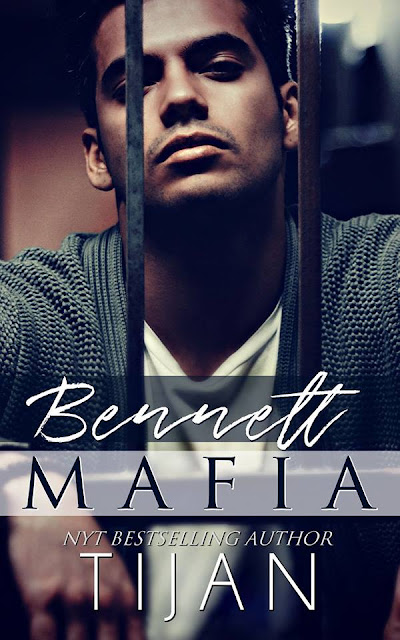 #SUMMARY
There were always whispers about my roommate at Hillcrest Academy.
The wealthiest of the wealthy sent their kids to our boarding school, and Brooke Bennett had been at the top, though I never quite knew why. She was fun and outgoing, but she kept quiet about her family. The only things she showed me were photographs of her brothers.
I became fascinated with her second-oldest brother. Kai Bennett.
He was the most of them all. Smoldering. Hypnotic. Alluring.
Kai had eyes that pulled me in and a face that haunted my dreams.
Then I met him.
He came to our school with their father, and that’s when I learned what kind of family Brooke came from. They were mafia, and Brooke’s oldest brother was dead. Her father said accident, but Brooke said murder.
Three months later, her father died, and Kai became the head of the Bennett Family. Brooke left Hillcrest for good, and that was the last time I saw her.
Fourteen years later, I’m staring at her face on the television. Brooke is missing.
Two days later, Kai Bennett kidnaps me.

#TEASER:
Excerpt From: Tijan. BENNETT MAFIA
“I felt his pulse too. It was as fast as mine.
“You may hate me. You may loathe me.” His hand slid back from my neck and moved down agonizingly slowly, between my breasts to my stomach.
I gasped, and he slid his hand under my pajama shorts until they rested over my clit. I surged upward at his touch, my head falling back, everything in me starting to tremble.


One of his fingers dipped inside of me. “But you goddamn want me.” And with that, a second finger joined his first and he took hold of my tank, his mouth slamming down on mine.”

I was really looking forward to getting my hands on this book because if you know Tijan, you know from Carter Reed & Cole, that she writes great Mafia stories and this one was no exception.

The story starts 14 years in the past when the h Riley is enrolled in Hillcrest Academy and meets her roommate Brooke Bennett, even though they are polar opposites they become fast friends until 18 months later when Brooke is taken out of Hillcrest by her family, who Riley finds out has links to the Mafia. Brooke has 4 brothers and this book centres around Kai the second oldest.

We jump to present time and Riley has escaped her family and is living "off the grid" working as a hider 401 (to keep this spoiler free I won't explain what this entails) when she is kidnapped by Kai, as Brooke has gone missing.

The book certainly felt a little darker than what Tijan usually writes and Kai was definitely one ruthless and scary individual it felt authentic and true to the Mafia. Kai is fiercely loyal, trusts no-one and makes no apologies for his actions. Riley is a survivor, who owns her actions and is very head strong. The chemistry between these two is off the charts HOT!

"You may hate me. You may loathe me. But you goddamn want me."
It shouldn't have been like this.
I shouldn't feel the fire he'd just doused with gasoline ignite inside of me.
This was wrong.
My body didn't care.
I was overheating.

The story surrounds Brooke's disappearance and focuses on finding her. Kai is the epitome of "bad" and Brooke is so "good" and although there is huge chemistry between them their core values don't mesh so their relationship is a confusing struggle. I liked how Tijan made Kai just a little bit less bad and Riley not so good but kept them true to their characters.

I'm really hoping the other brothers Jonah & Tanner get their own books as I would be really interested to see how Tijan writes a M/M romance.

Overall I really enjoyed this book and gave it 4 stars.
Posted by The Dirty Book Girls at Monday, March 04, 2019