Reviews Angels of the Dark Series by Gena Showalter

Angels of the Dark Series
by Gena Showalter 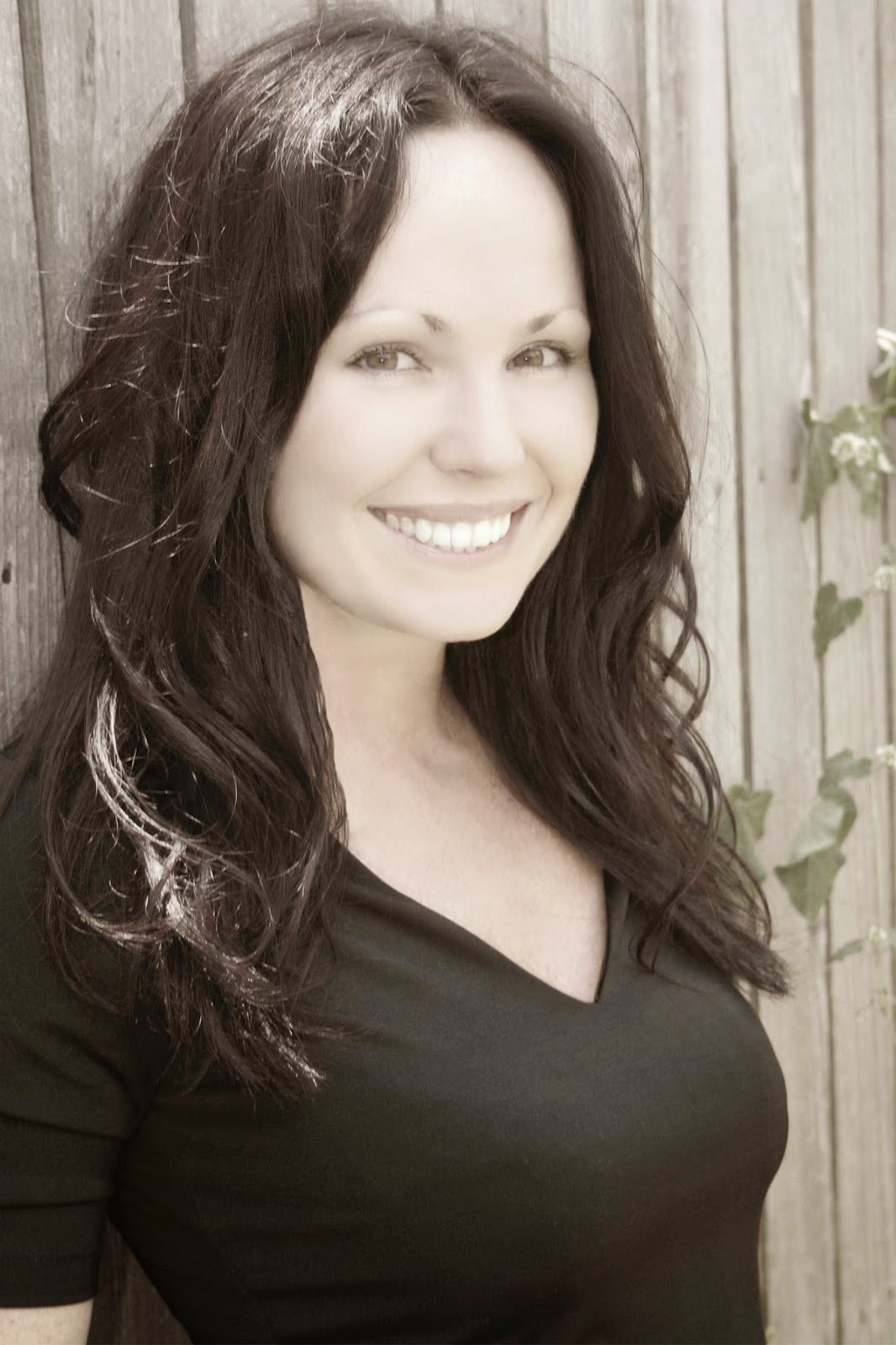 Gena Showalter is the New York Times and USA Today bestselling author of over thirty books in paranormal and contemporary romances, as well as young adult novels. Her series include White Rabbit Chronicles, Angels of the Dark, Otherworld Assassins, Lords of the Underworld, Alien Huntress and Intertwined.Her novels have appeared in Cosmopolitan Magazine, and Seventeen Magazine, and have been translated in all over the world. The critics have called her books "sizzling page-turners" and "utterly spellbinding stories", while Showalter herself has been called "a star on the rise".


Wicked Nights
Angels of the Dark #1 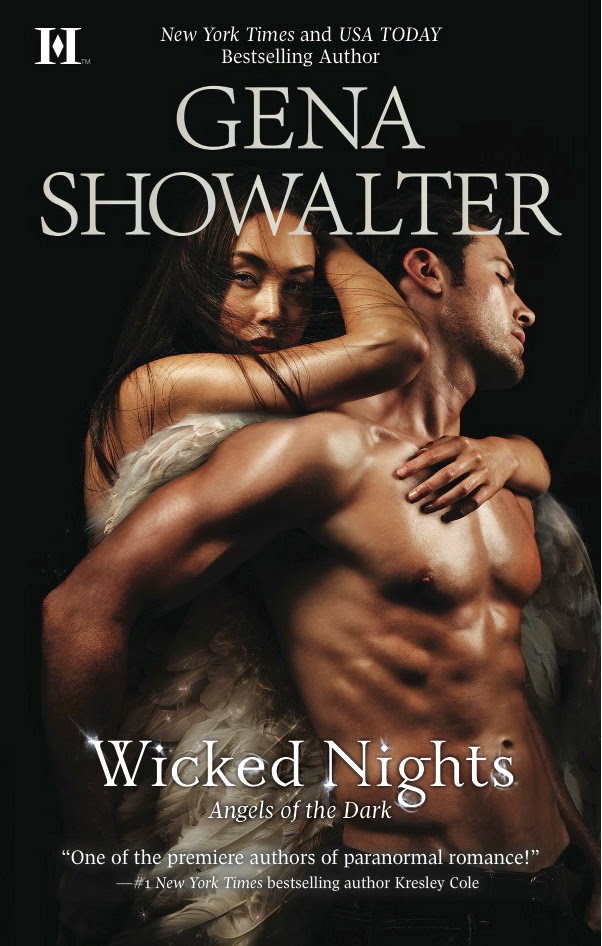 Leader of the most powerful army in the heavens, Zacharel has been deemed nearly too dangerous, too ruthless;and if he isn't careful, he'll lose his wings. But this warrior with a heart of ice will not be deterred from his missions at any cost;until a vulnerable human tempts him with a carnal pleasure he's never known before.

Accused of a crime she did not commit, Annabelle Miller has spent four years in an institution for the criminally insane. Demons track her every move, and their king will stop at nothing to have her. Zacharel is her only hope for survival, but is the brutal angel with a touch as hot as hell her salvation? Or her ultimate damnation?


First, let me start with how much I just love Gena Showalter and her style. I love her Lords of the Underworld series and I was happy to hear there would be a spinoff. If you are familiar with the Lords, you may know Zacharel, the cold, emotionless angel.
This is his story. This is his redemption.
Zacharel has been given a group of misfit angels, of rebels and rule-breakers. They would not fall if they followed orders, his orders. Of course that once a rebel, always a rebel and they have no respect for Zacharel and vice-versa. Unfortunately, Zacharel wouldn't admit that.
So imagine everyone's surprise when he finds a human he's protective of, one he desires. See, he's not like his fellow warriors. He doesn't indulge in carnal pleasures, he has never even been kissed. Truth be told, he actually didn't think he deserved any love or happiness, due to the loss of his brother.
The human to tempt him and drive him wild - not to mention, stand up to him - is Annabelle Miller, a woman deemed criminally insane and accused of murdering her parents. Unfortunately, she's been marked by a demon - a High Lord - and she also witnessed the murder of her parents but nobody believed her, of course. Until Zacharel. He's also the first to help her.

"Because in those moments of absolute, utter vulnerability, where nothing seemed to matter but the female who had given him such divine bliss, he realized he was already addicted to what she made him feel.

I love that we're gradually showed how Zacharel slowly but surely falls for Annabelle. And Annabelle may not trust anyone, due to being abandoned by her brother and boyfriend, but she trusts Zacharel and he, the cold warrior, gives her something she actually never had. True love and the ultimate sacrifice. I love that, through learning how to love Annabelle, he earns the respect of his warriors and learns how to be a true leader for them. Oh and the guest appearance of some of the Lords and their women? Awesome.

"You are my greatest treasure, Annabelle. Never doubt that."


Beauty Awakened
Angels of the Dark #2 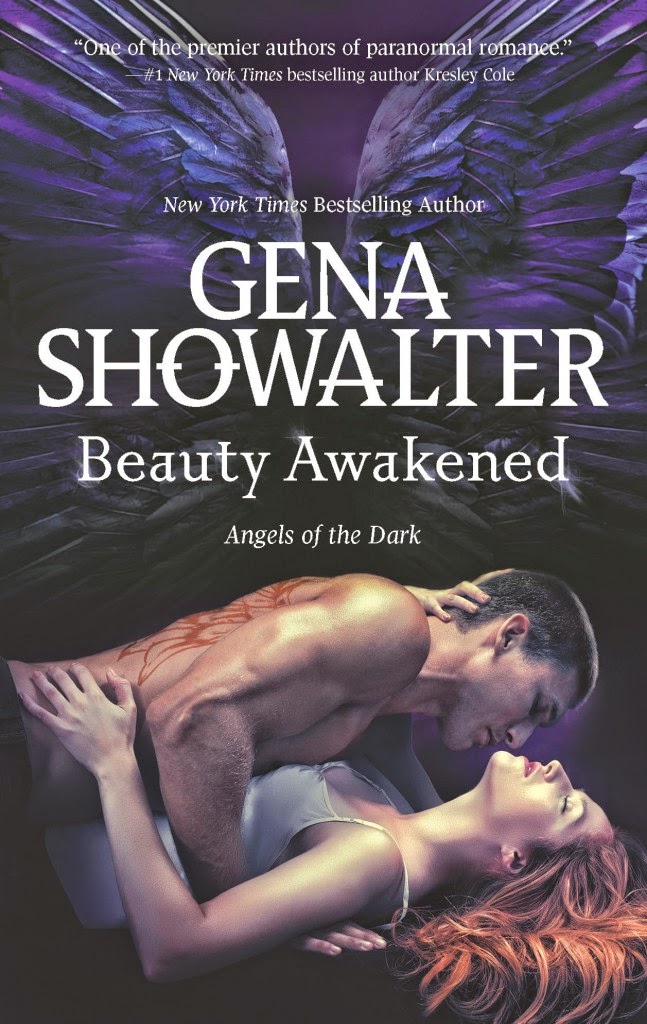 His name is Koldo. He is scarred, powerful, his control legendary—and he lives only for vengeance against the angel who viciously removed his wings. But if he yields to the forces of hatred, he will be eternally damned.
Nicola Lane was born with a defective heart, yet this fragile human shows surprising strength as demons stalk her every move, determined to end her. She is the key to Koldo's deliverance…and his downfall. Though he fights duty, destiny and his first addictive taste of desire, his toughest battle will be the one for Nicola's life—even if he has to sacrifice his own….

“In a world of darkness, the smallest light is a beacon.”

The second book of the Angels of the Dark series is Koldo's, the only Sent One without wings. He has secrets that have him keeping his distance from everyone; demons of his own to battle, ones that are slowly, but surely, eating away at him. Koldo is a man on a mission, though. It's to punish the one person that should have loved him, but, instead, hated him. If you've read the previous book, Wicked Nights, you know that he finds that person. His own mother.

“She was proof there was more in the world than darkness and pain.”

But he also finds something else. Better said, someone else. He stumbles upon Nicola, a human diseased with toxins that are fed by her despair, sadness and helplessness. The demons are there to torture her, help spread the toxins. But with the help of Koldo, she learns to hope and to have faith. As she desperately tries to convince her skeptical twin sister of the same thing, she and Koldo start out on a journey, together. It's a journey that helps them let go of the past, because holding onto it only hurts and does more damage than good. In Nicola's case, it's her parents and little brother's deaths; in Koldo's it's his mother.
But, besides their journey, we also have important changes happening in Heaven; other Sent Ones going through certain things.


“Blood might stain his hands, but he would only ever treat her with tenderness.”

I love this as much - if not more - than the first book. We witness the change between the Sent Ones, how they treat each other; the change in the characters. If there's one thing one gets from reading this book is that we always have to have faith, hope and think positive. We have to help out others, demanding nothing in return.

He wound his arms around her, and rolled her to her back. “Words without action mean nothing. I’ll show you.”

Burning Dawn
Angels of the Dark #3 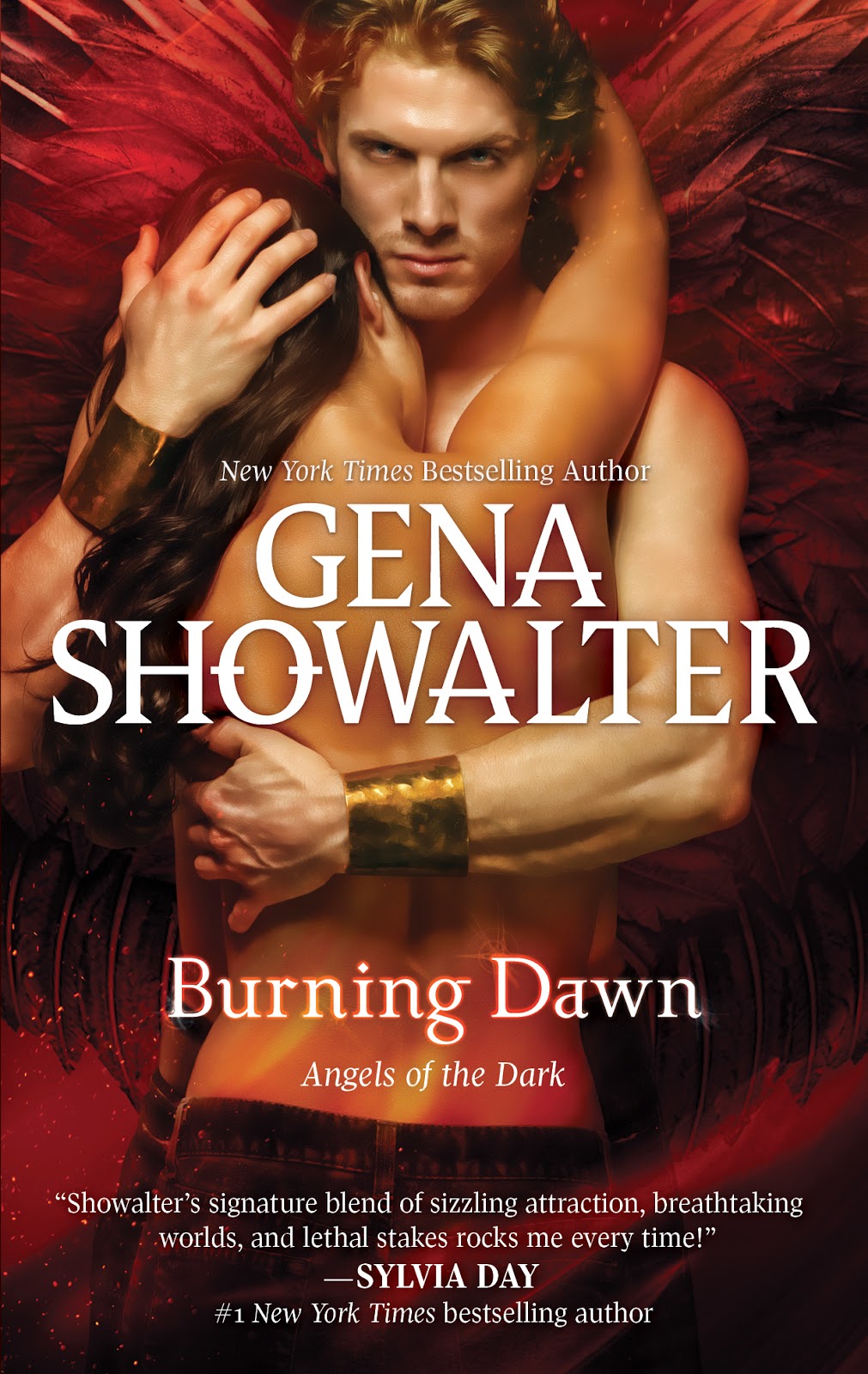 New York Times bestselling author Gena Showalter returns with a sizzling Angels of the Dark tale about a winged warrior renowned for his ruthlessness, and the woman who becomes his obsession...

A tormented past has left Thane with an insatiable need for violence, making him the most dangerous assassin in the skies.
He lives by a single code: no mercy. And as he unleashes his fury on his most recent captor, he learns no battle could have prepared him for the slave he rescues from his enemy's clutches—a beauty who stokes the fires of his darkest desires.
Elin Vale has her own deep-rooted scars, and her attraction to the exquisite warrior who freed her challenges her every boundary.

But Thane's unwavering determination to protect her means she must face her greatest fears—and enter a world in which passion is power, and victory means breathtaking surrender.

"Something in her called to something in him – like to like – and a part of him he’d never known, a part once hidden even from that forgotten corner, responded. It was strong, this something. It was alive. Demanding. And it was saying, This one. Take her."

This book. Oh, the things I felt while reading it!

The first book already started different than the Lords of the Underworld. Yes, the Lords made guest appearances but Wicked Nights and Beauty Awakened have set the pace for 'different'. Darker. Gena concentrated on showing us the difference between good and evil, with the Sent Ones. They're not Angels. They're more badass than Angels. They're fiercer.
And Thane is the fiercest and baddest of them all. But oh, how that changes!

In Wicked Nights he was defying Zacharel, the leader of the Army of Disgrace with every step. They all did. But that changed, gradually, from one book to another. They all got to go through the death of their leader, Germanus and that united them, solidified them. Thane and his friends, his brothers, Xerxes and Bjorn, were three men on a mission. Find Germanus' murderers. But in Beauty Awakened, due to his love-'em-and-leave-'em hobby, Thane lands himself into a big pile of trouble, becoming addicted to one nasty and crazy Phoenix. But Elin, half-human, half-Phoenix herself, manages to free them both and after that, he's doomed. He's a goner.
And he welcomes it when he comes to realize he can't fight it, it's not worth it when he can have something beautiful. Something beautiful that was born out of something bad and ugly.

“But I do believe something good can come from something bad. You, Elin. You are my good. Give me a chance, and I’ll prove it.”

I melted, I swooned and laughed a lot more at this one than the previous two. It was hotter, as was well. Thane is one intense sexy bastard and I think I've gone and fallen in love with him. Don't get me wrong, I love them all. But Thane? He's placed on that pedestal, next to Maddox, Strider and William, my favorite Lords and whatever William is.

Elin is a lucky biatch, let me tell you that. But, of course, that in true Gena fashion, there was a boom in the last twenty pages of the book, making me say, noooooo because that just couldn't be. My heart stopped twice. But of course it's a HEA. Luckily, Gena loves those! 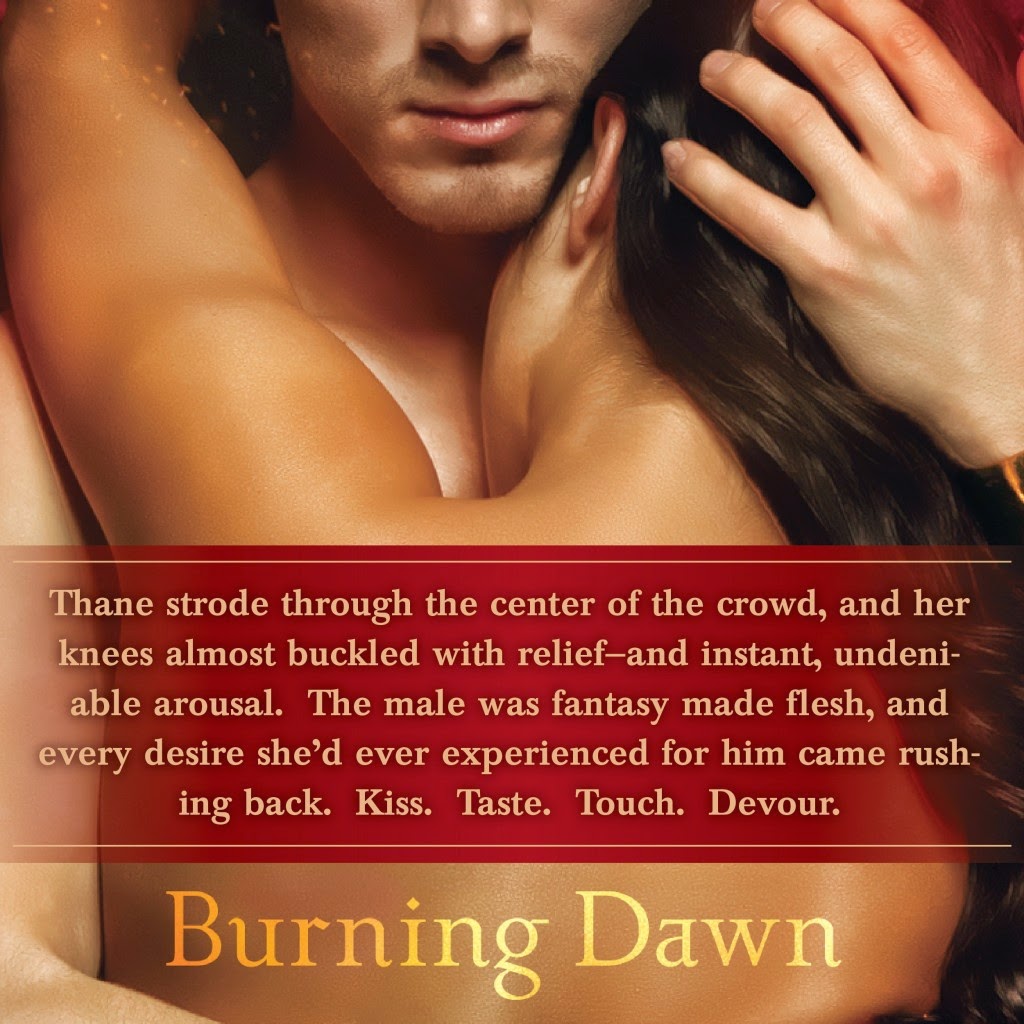 *waving pompoms* Let it be Bjorn!