Review Perfect Opposite by Zoya Tessi 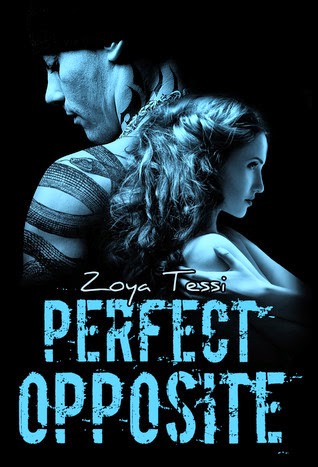 Their wishes were simple and modest. Fate had other things in store though, and she can be a real bitch sometimes.

- All he wanted was to get the job done and somehow to endure those long months playing nanny to a spoiled little rich girl. Without strangling her with his bare hands in the process. Well, it is going to be much easier said than done.

- All she wanted was to escape the past and live like any other nineteen-year-old girl. Her plan definitely didn’t include the arrogant, tattooed savage, with his awful mohawk hair and lack of social graces, whose only mission was to stick real close and mess up her life.

But, people aren't always what they seem to be, are they? 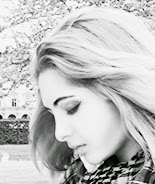 A teenager in an adult's body. A rebel in the guise of an ordinary citizen. A lady with very unladylike language. A dreamer with a rational mind. A woman born into the wrong era, she still believes that chivalry's a feat to define the perfect man.

Zoya spent years doing volunteering work all across Europe, from cleaning school basements in Northern Russia to excavating Stone Age artifacts in Euskadi (the Basque country) and renovating castles from the middle ages in Southern France. She always dreamed of working with 'Doctors without borders' somewhere out in Africa, but ended up doing an 'ordinary job' in one of the smaller European countries.

Her greatest passion is devouring each and every book that comes within her reach.

They say opposites attract. They are right because Sasha and Alex are the perfect example.

Sasha grew up as the daughter of a powerful man, a Russian Mobster. She saw things and heard things. She also, unfortunately, lived through things that left her scarred. After eighteen years, she manages to escape from that life and reinvents herself.

This lasts for about two years because the past comes a-knockin' on her door the moment her dad pays her a visit, assigning a bodyguard to her.

Said bodyguard is big, bad, Russian and oh-so-hot, with his tattooed muscled body and Mohawk. He's cold and arrogant and attached at her hip. But Alex has many layers that will be peeled back, throughout the story, revealing a man that may seem a total asshole but oh, he's so not!

He frustrated the heck out of me, to tell you the truth but I didn't give up hope. Not even after that major smack towards the end of the story. I refused to believe and I have to say, I was so damn relieved by the outcome!

This is not a simple love story between a spoiled rich girl and a bad boy. It's a journey for two seemingly different people, living in a dangerous lie, finding out the truth isn't so bad after all, not when they have each other.

"I know that the man who now stands before you is not exactly an image of perfection, but baby, you should know that whatever else he is - he's totally crazy about you. And if he has to spend just one more day without you, he'll probably lose that little bit of sense he has left."

^^^ That, right there, gave me a book hangover. Aleksey/Alex is definitely on my BBF list!

“Come back home with me, Princess."
"Why?"
"I bought new glasses. And plates. There's nobody there to throw them at me.”