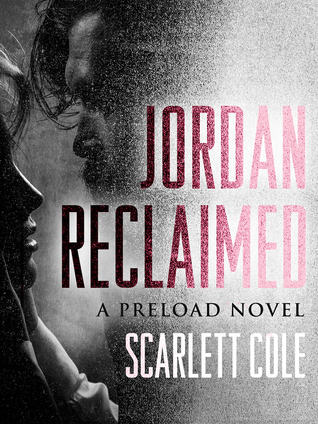 Jordan Steele’s life began when he was ten. When he was taken from his parents and a house that was never a home. When he met his brothers, the other lost and abandoned boys in his group home. When he learned what friendship and family and love looked like.

Now he’s made good, touring the world with the band he and his brothers formed in that crowded group home. No one but his found family really knows the man under the fame and fortune, the scars he hides behind the rockstar lifestyle. Until he sees her through the windows of the National Ballet, dancing, and suddenly the world doesn’t seem so dark.

Aleksandra Artemov ticks all the ballet boxes. Father a legendary Kirov dancer. Check. Prepping since birth for classical ballet. Check. Compulsive control over the food she eats. Check. Principal dancer at The National Ballet of Canada. Check. But what she craves is freedom.

Everything about him should terrify her. His size, his tattoos, his edge. But he doesn’t. He stirs her very soul. Jordan has nothing but himself to offer her, and he's never been good enough for anyone. Can he figure out how to face his own demons before he loses his light for good?

I've been looking forward to reading this book after meeting Jordan in The Purest Hook, where the Preload band gives us insight into their pasts. Each and every member has his own demons, some worse than others. Seems Jordan is among those with the worst demons. My heart broke for him, I got teary-eyed whenever he shared a bit of his childhood with us. You see, we don't get to know it all from the get-go. Everything is revealed step by step, and it always happens when triggered. I don't want to reveal too much, but I will say that many times I wished to pull Jordan to my bosom and never let go. It's insane the things he had to go through. Yet there he was and he was perfect. Even in broken or jagged pieces, he was perfect. And real. I'm a little unsure about my feelings toward the heroine. I admit she annoyed me a time or two because she was too stubborn and I felt that she sometimes let bad things happen, even though she knew better. I think that's what pissed me off. She wasn't ignorant. But let's not dwell on that. Everyone should decide for themselves how they feel about the hero and heroine. As a whole, I liked them, though it felt like they fell for each other a bit fast. It felt a bit insta-love. Anyway, I enjoyed this book, I really liked it and can't wait to read more! I love Ms. Cole's writing style and am looking forward to more books. I voluntarily reviewed an ARC copy of this book. My rating is 4 stars.

Two-time RITA finalist, Scarlett Cole, is a contemporary romantic suspense / contemporary romance author (represented by Beth Phelan at The Bent Agency). Author of the Second Circle Tattoos Series. The Strongest Steel was a Best Debut Goodreads Author Finalist 2015, and Authors on the Air Global Radio Network #1 Contemporary Romance Pick for 2015.When Scarlett isn't writing, she spends her time reading, hoarding mason jars, and working out to off-set an epic sour candy habit. Having travelled the world for work and fun, Scarlett is a citizen of both Britain and Canada. A true city-dweller, she considers Toronto and Manchester home and likes to set her books in vibrant locations such as Miami and Los Angeles.

Posted by The Dirty Book Girls at Tuesday, February 28, 2017