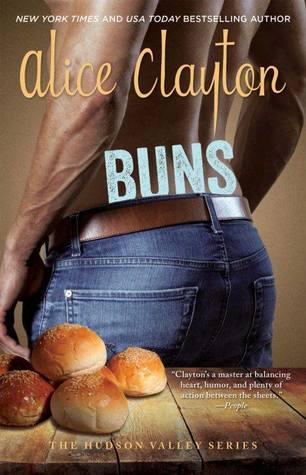 Clara Morgan is living the dream, if you can call rebranding hotels that are desperate for a new life and running any kind of marathon a dream. Which she does. But the career she loves and the endurance races that keep her adrenaline pumping have kept her too busy to put down any roots. Growing up in foster care, she’s never been able to establish traditions of her own, which may be why she’s fascinated by the rituals that generations-old family resorts are known for. She’s especially interested in the Bryant Mountain House, and not just for their secret recipe for the yummy, gooey, can’t-get-enough-of Hot Cross Buns….Archie Bryant, the man with the Buns, is fifth generation and one-day-owner of the charming yet run-down Bryant Mountain House in Bailey Falls, New York. He’s determined to save his family’s legacy from the wrecking ball the old-fashioned way—by gritting his teeth and doing what needs to be done. There’s no way Archie will be influenced by the new hotel branding expert his father brought in to turn one hundred and fifty years of tradition on its head just to attract a faster, younger, slicker crowd. But when some of Clara’s ideas start bringing in new, paying customers, Archie can’t deny that she may have just given him a shot at keeping his resort open.It’s sticky, it’s messy, it’s sweet, it’s Buns.

This may have been my favorite of the series......but I've enjoyed all of them. Clara is brought in to Bryant Mountain House to revive it. Clara is Roxie and Natalie's friend from culinary school and they're excited she's going to be around them for a bit (and maybe hoping she'll become enthralled with Bailey Falls, as they did). Archie Bryant is the next in line to run his family's hotel; he's a bit set in the "that's the way we've always done it" mind. Watching him and Clara battle each other with was entertaining.Clara had a rough upbringing, although we don't get much information on that, other than that she was bounced to several foster homes, and a general feeling of abandonment. She avoids traditional holidays with her friends, almost like she feels she doesn't deserve to be there because of how she grew up. Both Natalie and Roxie want nothing more than for Clara to feel like she belongs somewhere, and they think Bailey Falls might be the place for her. Clara and Archie butt heads a lot in this book....and a lot of that in the beginning is due to Archie reacting to her hotel renovations before letting her get the full plan out there; towards the end of the book, the headbutting is more Clara's fault due to the above mentioned issues. We also learn that Archie is a widower; he lost his wife Ashley to cancer several years ago. While he admits he misses her, he doesn't dwell on it and it doesn't prevent him from pursuing Clara. We get splashes of Roxie& Leo and Natalie & Oscar, as well as several hotel workers who helped keep the story light at times.I was a bit frustrated with Clara at times for not just talking to Archie and trying to work out some of those things going on in her head. Their adventures together were entertaining....the race up the mountain, the meteor shower, cooking class at the diner, ice skating, the Tough Mudder race....all sorts of fun going on there.Overall, I think this was a great story. I'd love to see more of this group of friends, as we don't get a lot of future glimpses with them. I don't know if there's more planned for this series, but if there is, I'll be reading it.Copy provided to The Dirty Book Girls for an honest review 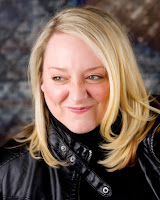 ALICE CLAYTON worked in the cosmetics industry for over a decade before picking up a pen (read laptop).She enjoys gardening but not weeding, baking but not cleaning up, and finally convinced her long-time boyfriend to marry her.