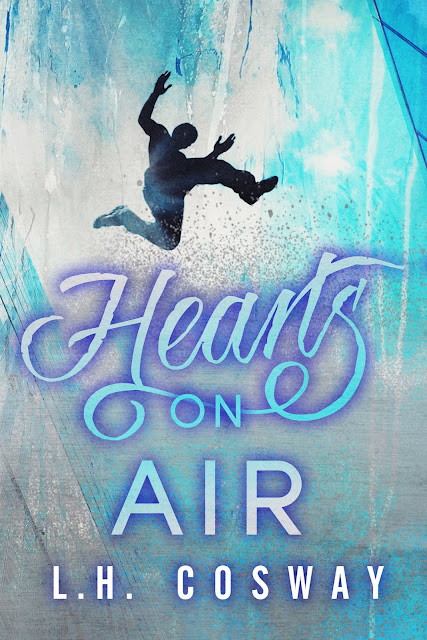 Trevor Cross came into Reya Cabrera’s world with a bang and faded out with a whimper. They vowed to make it work, but life had other plans. After chasing his TV dreams for years, Trev finally became the UK’s next big reality star, but he alienated his family and friends in the process. Now he finally has everything he ever wanted. Women. Money. Fame. But none of it means anything when he doesn’t have the one thing that matters most: love.

Money leaves a gaping hole. Fame surrounds him with loneliness. And no woman makes him feel like Reya used to before the whirlwind of success pulled them apart.

He has a plan to get her back. However, with a hectic filming schedule looming, the only way to do that is to convince her to come on the road with him. Reya has been stuck in a rut for a while, and the opportunity to travel across Europe and play her music for new audiences seems like heaven. The only catch? She has to do it with the one boy who ever got close enough to break her heart. But he’s not a boy anymore, and as she gets to know him again she can’t deny her respect for the man he’s become.

Every time she’s around him her heart feels full of air, like a balloon about to pop. Little does she know, Trev’s feelings are just as tumultuous as hers. One thing’s for sure, these three weeks on the road together will either make them whole again or break them irrevocably.

**Hearts on Air is a contemporary romance and book #6 in the Hearts series, however it can also be read as a complete standalone.** 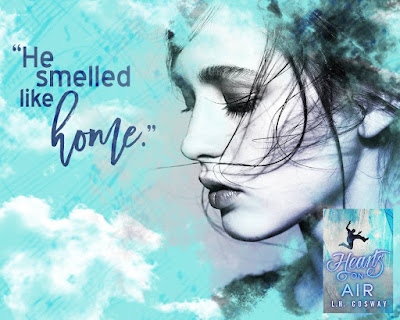 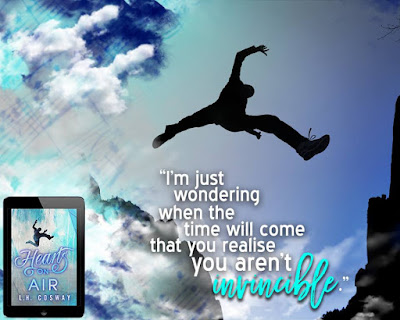 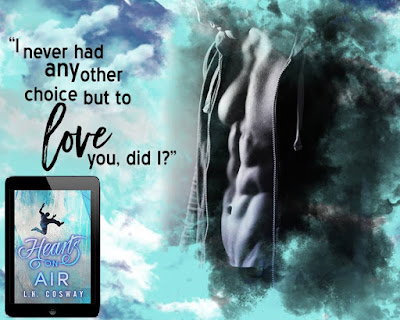 Trevor and Reya both want the same thing-each other, but life gets in the way and they're separated. In the long run, I think for Trevor's growth and Reya's strength, that it had to happen this way. Yes, they could have very well made it, if they had both tried extremely hard and sacrificed themselves just a bit too much. Their separation made them both into better, stronger, more dependable people, not only for each other, but for everyone else who cares about them. I liked that Reya was cautious in allowing Trev back in and it shows how she's grown to see herself as valuable. I liked that Trev didn't push for more than Reya was able to give at that point, knowing that his disorder sometimes made him act selfishly. I also enjoyed all the new characters we met that are part of Trev's group. I would love to see more on these characters and how they develop. We got glimpses of all the prior couples leading up to this book: Jay & Matilda, Jack & Lille, Alexis & King, Lee & Karla and even a tiny bit of Andie & Stu and Liam & Iris.Overall, I quite enjoyed this story, and as I said, I would love to see more of Trev's cast mates and their stories.

To say I love this series is putting it mildly. So reading the last book was bittersweet but I loved it!I knew as soon as I finished reading the previous one that this will be good. It actually was better than I expected.Hearts on Air is with the last of the Cross brothers - man, do I love them all! - and his best friend. We encountered Trev and Reya in the previous books, we've seen their dynamics and interactions. I was eager to read more because I knew the relationship wasn't totally platonic. I knew there was something more to it. I don't want to spoil it to anyone, but I am going to say that it has all the major feels; some scenes tugged at my heart, others made me melt. Seeing their relationship both in the past and the present makes us understand both characters more, see how they evolved and grew. Especially Trev. I know my review is vague but it's with a reason: go and read the book. For me, this one is a 5 star. I voluntarily agreed to review an early copy of this book.

L.H. Cosway lives in Dublin, Ireland. Her inspiration to write comes from music. Her favourite things in life include writing stories, vintage clothing, dark cabaret music, food, musical comedy, and of course, books. She thinks that imperfect people are the most interesting kind. They tell the best stories. L.H. is represented by Louise Fury at The Bent Agency.

Giveaway
Posted by The Dirty Book Girls at Friday, June 09, 2017