REVIEW TOUR - TWO IS A LIE by PAM GODWIN 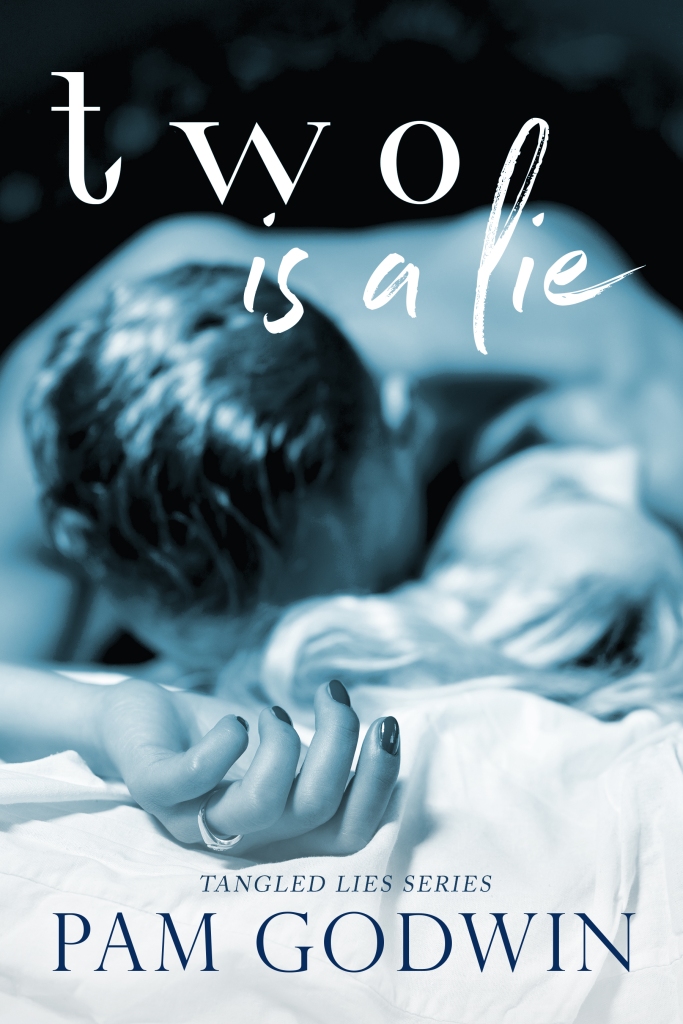 Two lies. Two men who don’t share.
I never stopped loving Cole. Not when he left me. Not when he disappeared for three years. Not when he crashed back into my life in a violent explosion of testosterone and fury. His sudden reappearance questions everything I thought I knew, including how I came to love another man.
Trace is an intoxicating breeze of seduction over ice. My rock. My second chance at forever. And he’s committed to annihilating the competition.
The battle that ensues wrenches me back and forth between them. Fighting and fucking. Resisting and submitting.
Together, they entangle me in a web of lies, rivalry, and desire that weaves as deeply as their devotion to me.
I love two men, and if I can only have one, I choose none.

Well One is a Promise left us with a surprise and Two is a Lie picks up right where we left off. Danni is left with impossible choices and you can feel the pull. Cole fills us in on some of what has happened over the last few years. In my opinion he was too tight lipped and it was aggravating. Danni is left wanting to hit both men over the head for their lies. I loved the way Danni set about making her choice. Trace and Cole try their best to step back and let Danni take the lead. I have to say that Pam Godwin books don’t usually make me cry but she really got to me with Cole and Danni. The scenes they had were heartbreaking because she conveyed their emotions and struggle so well on the page.

It is very shocking to me that I love both main men so much and holy hell it really made this trilogy is worth reading. To top that off I think Danni is amazing. I am still completely torn on who Danni should end up with. I am still leaning towards #TeamCole but to be honest I love both men. I guess in the end I won’t be devastated if she chooses one over the other. But I am leaning towards one despite the reveal. I don’t believe it. I need more evidence.

I have said it before I am not a big fan of trilogies nor love triangles; but if Pam Godwin writes her grocery list I will read it. Very few authors pull off a good trilogy because book two ends up being filler. You don’t have to worry about that here. I honestly couldn’t put it down. I think book three is going to be explosive. That ending was shocking and the wait just might kill me. I am pretty excited that book three is right around the corner. Well done!

Authors take note: this is how you write a love triangle. Make all the characters unforgettable and lovable. The torture for the reader goes up 100 notches!

Two Is a Lie picks up right where we left off....and we get a few answers about what's been going in the last few years. Danni is torn between two men and she's having a difficult time figuring out who she's going to move forward with. I liked that neither man pushed her to make a choice and were doing their best to be supportive of her and her feelings. Danni is really in a tough spot, butI do have a preference on who she should end up with...... whether that will happen remains to be seen.

That ending made me want to throw my Kindle, but it's good the last book isn't too far off.

The conclusion is coming soon!

One is a Promise 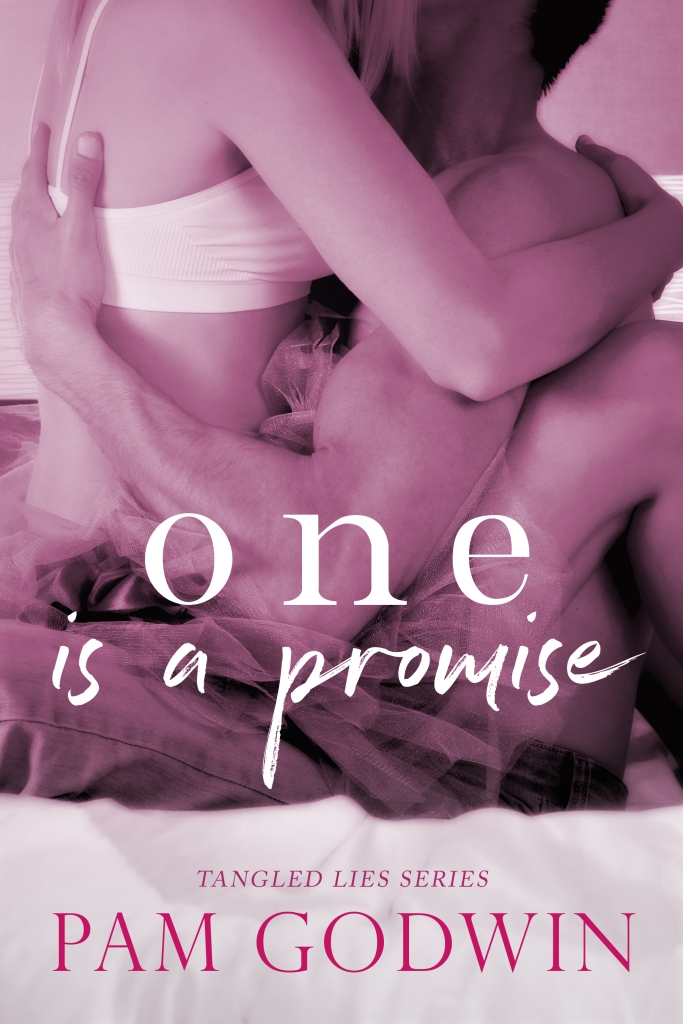 One promise. One forever.
One look and I knew Cole was mine. My dark rebel in leather. My powerhouse of passion, devastating smiles, and impulsiveness. When his job sends him overseas, he promises to return to me. A promise that’s destroyed in the most irrevocable way.
Two years later, an arrogant suit invades my heartbroken loneliness.
Clean-cut and stern, Trace is everything Cole wasn’t. At first, he’s a job that will rescue my dance company. But as he intrudes on my life, our hostile relationship evolves. He knows I’m still in love with Cole, but his dedication is my undoing.
Then a catastrophic moment changes everything.
Promises resurface. Lies entangle. And an impossible choice shatters my world.
I love two men, and I can only have one.

Three is a War

Three means war. Three sides vying for forever.
Cole. My first love. The bad boy with the dangerous smile and passionate temper draws attention like a lit fuse on dynamite. But his dark molten eyes spark only for me.
Trace. My second chance. Over six feet of Norse god in a tailored suit, he calculates every move and seizes my hungry breaths with an iron fist.
Me. The free-spirited dancer, torn between two men with no resolution in sight. I tried leaving, staying, refusing, and surrendering. What options do I have left?
I love two men, and I do the only thing I can. I fight.

New York Times and USA Today Bestselling author, Pam Godwin, lives in the Midwest with her husband, their two children, and a foulmouthed parrot. When she ran away, she traveled fourteen countries across five continents, attended three universities, and married the vocalist of her favorite rock band.
.
Java, tobacco, and dark romance novels are her favorite indulgences, and might be considered more unhealthy than her aversion to sleeping, eating meat, and dolls with blinking eyes.
Website | Facebook | Twitter | Amazon page | Goodreads | Instagram | Bookbub

Other books by Pam Godwin