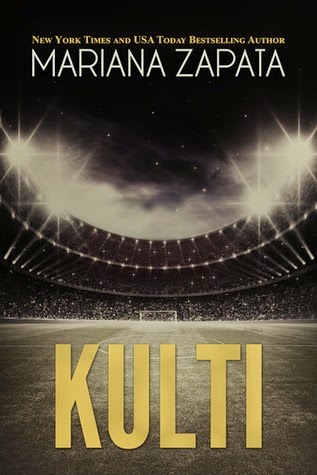 “Trust me, I’ve wanted to punch you in the face a time or five.”
When the man you worshipped as a kid becomes your coach, it’s supposed to be the greatest thing in the world. Keywords: supposed to.

It didn’t take a week for twenty-seven-year-old Sal Casillas to wonder what she’d seen in the international soccer icon—why she’d ever had his posters on her wall, or ever envisioned marrying him and having super-playing soccer babies.
Sal had long ago gotten over the worst non-break-up in the history of imaginary relationships with a man that hadn’t known she’d existed. So she isn’t prepared for this version of Reiner Kulti who shows up to her team’s season: a quiet, reclusive, shadow of the explosive, passionate man he’d once been.

Nothing could have prepared her for the man she got to know.
Or the murderous urges he brought out in her.

“Sal, please don’t make me visit you in jail. Orange isn’t your color.”

This was going to be the longest season of her life. 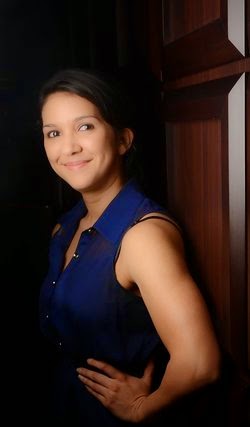 Mariana Zapata began writing love stories soon after she learned how to spell. She probably shouldn't admit that she started sneaking romance novels from her aunt's bookshelves way before she was old enough to even understand what it meant when a man flipped up a woman's skirt. (Don't tell her mom.) Luckily, she learned to love the process of two people falling in love instead of all the other juicy stuff.

Mariana is a native Texan living in a small town in Colorado with her husband and two beloved (and emotionally manipulative) Great Danes, Dorian and Kaiser. When she's not pretending to write, she's reading. You can usually find her burning somewhat edible experiments in the kitchen or cracking jokes at the expense of her family members.

She also loves to hear from her readers!

Other books by Mariana

I was waiting for this book to be out since last year. The wait for worth it.

"It was the worst non-break-up ever in the history of imaginary relationships with a man who didn't even know I existed."

Sal is beyond awesome and she always cracked me up. I love her and her driven way. She doesn't just wish for something; she goes right after it. She saw Reiner Kulti play and she wanted to be just like him. Some bumps may have been along the road and she may not have ended up in the best of places, but she loved it, she loved her team.

So imagine her surprise when she found out her idol and retired soccer player, Reiner 'The King' Kulti would be her coach. Cue incoming panic-attack that showed itself on a press conference - that part made me laugh my soul out.

Of course that a made-up image you have of your idol - who, let's face it, can never do wrong - is something sacred; your idol is sacred. But when she came face-to-face with him, only to learn differently... Thing is, Kulti's just a human being - and Sal kept reminding herself of this by having a funny mantra - and he has a past and secrets. I also love the side characters - Sal's dad was awesome.

But, I have to say, he surprised me. He was also my very first soccer player hero I've read about. Mariana did say this book was different from Lingus and Under Locke. Both of them kept us waiting for when the main characters would finally realize there's something between them; they would finally kiss and well, let's face it, give us some hot scenes. *tipping imaginary hat to my favorite tattoo artist ever, Dex* Kulti didn't disappoint. It took him, quite a while, but he got there with Sal and it was hot. It was also swoon-worthy. He's not a man of many words but when he does open his mouth to speak...

"I came to the Pipers for you."

By the way, I want to thank Mariana from the bottom of my heart for giving me a major surprise in this book, a scene that left me mush. MUSH, I'm telling you! It was something I've been dying to read and the fact that she wrote it in... I'm not going to say what it is, you'll have to read to see.

I'm just going to end this review with my rating of 5 stars - can't wait to see what MZ's working on next - and with the advice to read this book. Why?