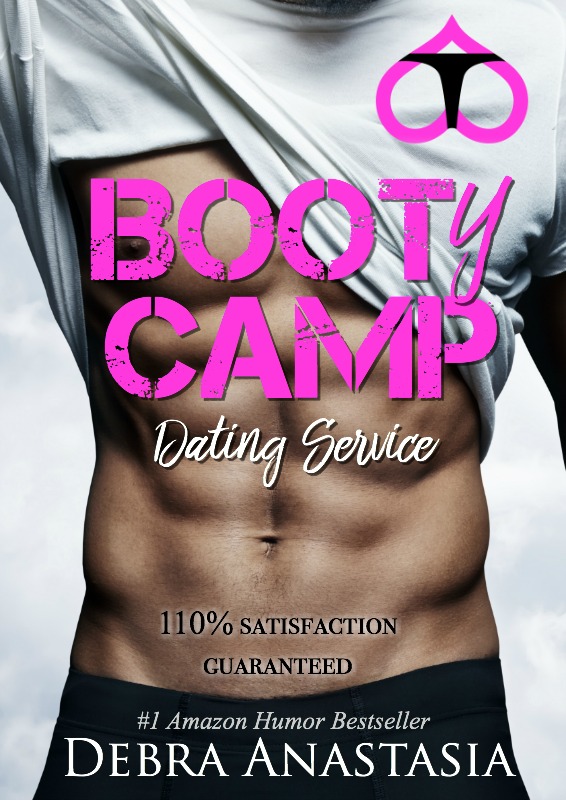 Booty Camp Dating Service is a wildly successful matchmaking company. The twist? Well, Wolf Saber --who inherited his gift-- is NEVER wrong when he matches people. It’s a gift passed down from his grandmother to his mother to him.

He’s sexy but stays behind the scenes, letting his buddy Chance do all the talking while he matches the clients at parties and events. Booty Camp Dating Service travels the country, and nine months after they leave the city there’s always a flurry of weddings and an accompanying baby boom. Booty Camp claims that clients will be 110% satisfied and they deliver on that promise every single time.

Except Wolf refuses to deliver on that guarantee for himself. He doesn’t find love until Hazel Lavender’s best friend pushes her through his front door. Now all he wants to do is make sure Hazel is 110% satisfied…in his bed. Which, ironically, would break the very rules Wolf demands of his employees--no dating clients, ever.
So instead, Wolf and Hazel fight. And kiss. And fight some more.

Will Wolf’s own rules make him the very first Booty Camp Happily Never After? (Book Camp Dating Service is a STAND ALONE!)

Wolf pulled her close so her chest was pressed into his and used his other hand to throw everything off his desk, including the light. It tossed interesting shadows around the room, but her magnificent face was highlighted, and that was exactly what he needed. He kissed her while laying her gently back on the desk.
“Hey.” Hazel stopped him, and he waited to see what she needed while panting a bit. “Don’t be gentle, for fuck’s sake.”
He stood up and looked at the wall for a second, running his hands down his face.
“Am I too much for you?” she asked.
He heard the hint of self-conscious seeping in. And that was criminal.
He crawled on top of the desk, caging her between his hands and knees.
“No. My problem is that I want a bed. And maybe some rope and lots of lube and good music and a few things that vibrate in a drawer close by. I want to make you come on my face so hard you think you’re dying and this”—he looked around his office—“is none of that.”
Hazel’s returning bravado made her eyes sparkle. “Surely a man that runs a dating service can be creative when he needs to be?”
His only reply to her dare was to put her nipple in his mouth while massaging between her legs with one hand. With the other he balanced above her perilously on the narrow desk. His knees were close to the edge, hemming her in.
She bucked against his hand and hissed at him. “Get to work, then.” She grabbed his face and pulled it back up to her mouth.

Hazel has been dealt with a bad hand at love. She always fell for the wrong guys, so she was done with them. Unfortunately, her best friend enrolled her into Booty Camp Dating Service, to find her perfect match. The now-skeptical and fed up Hazel doesn't want anything to do with that, even when her best friend finds her 'the one'. Even when Hazel herself finds her 'the one'. Because her 'the one' doesn't want anything to do with love, no matter what his job is, what his business deals with - finding the perfect match for single people.
There were some funny moments, but this book had quite a few feels. I felt really sorry for Hazel and my heart broke for her, especially with the way Wolf kept acting, one moment he was all over her, the next he pushed her away. So, this hot-and-cold, back-and-forth thing they had going on made it only okay for me. I still liked it, the story line was original, in my opinion, and I liked Hazel. She rocks.
So, it's a 3.5 stars for me and I want to thank the author for the copy given in exchange of my honest review.

Line up readers, your Booty Camp date is waiting…

Comment below and tell us if you would ever go on a dating camp to find your perfect match! One winner will win an ebook of Booty Camp Dating Service! 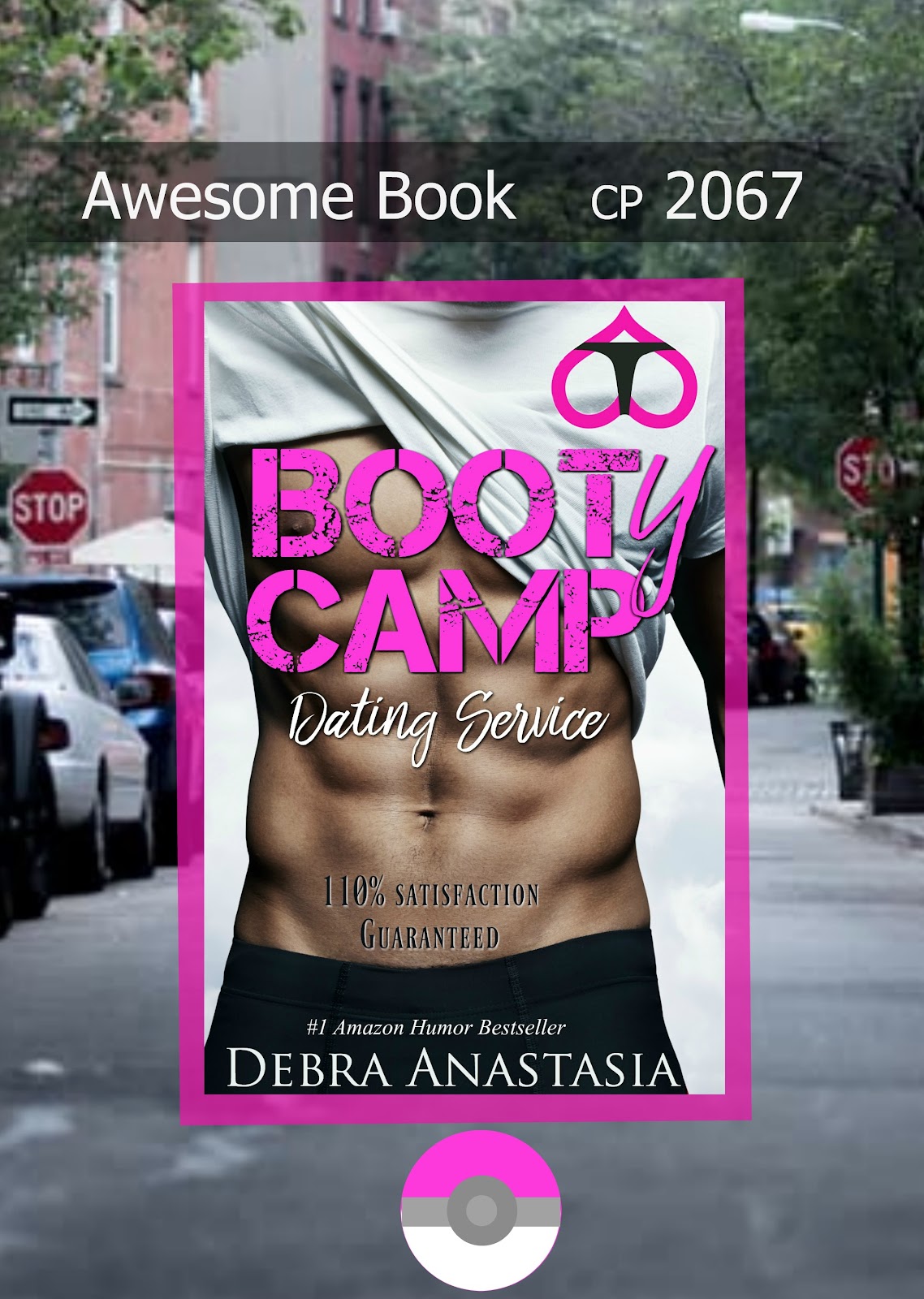 And last, but not least! THE BOOTY SALE!!!


Booty Camp Dating Service had inspired a .99¢ Blast sale! Poughkeepsie is even available for free! (*In order to get Poughkeepsie free you MUST follow the link to Debra’s website here: http://www.debraanastasia.com/2015/11/free-world-class-poughkeepsie-app-on.html) Prices for a LIMITED time so grab them quick. 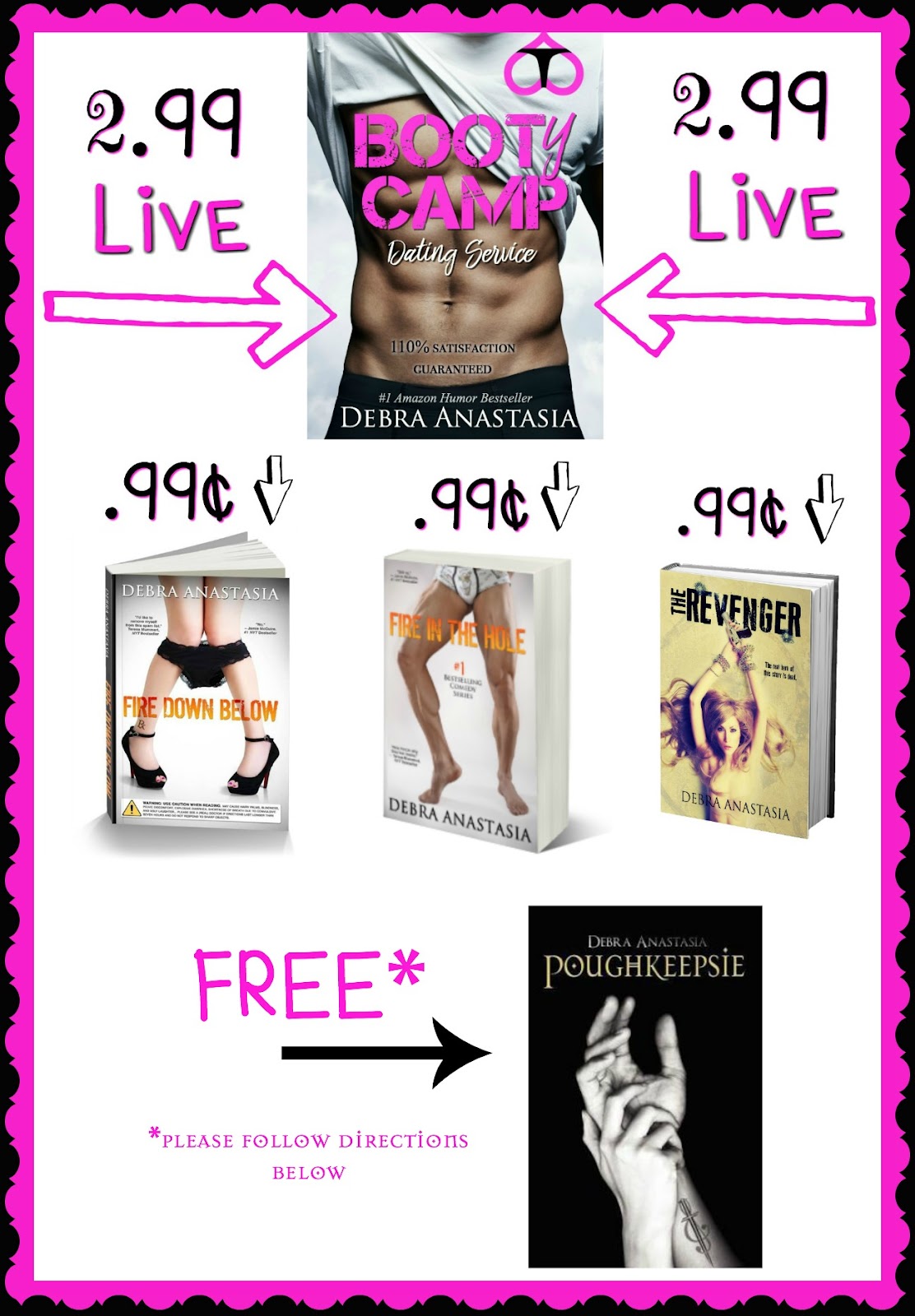 Debra writes stories mostly in her pajamas with her hairy coworkers (dogs and a cat) to keep her company. Comedy, New Adult, Paranormal and Angst stories fill up her hard drive. A lot of her time is spent in the mom carpool lane. Debra has been married for 19 years to her favorite guy. She loves to laugh at her own farts in the morning and can be found on Facebook and Twitter being an idiot. She’ll hug you if she ever meets you and will most likely smell like cotton candy when she does it.
Find her at DebraAnastasia.com 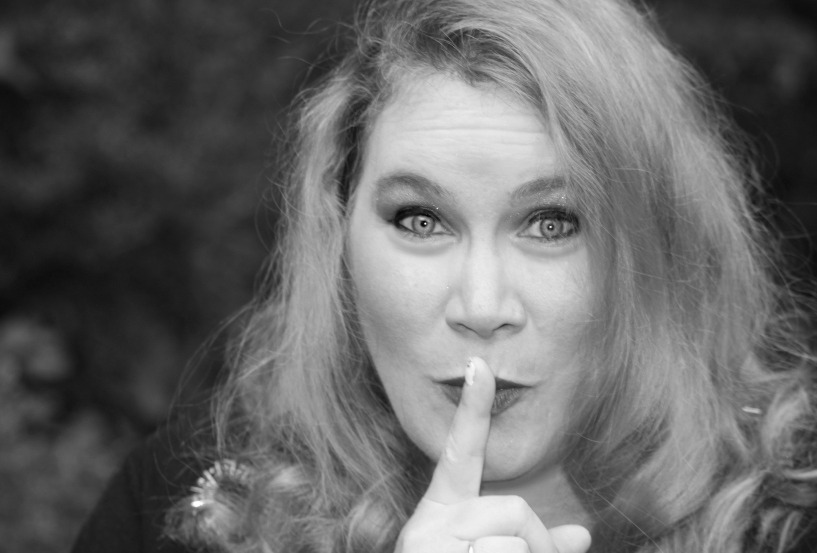 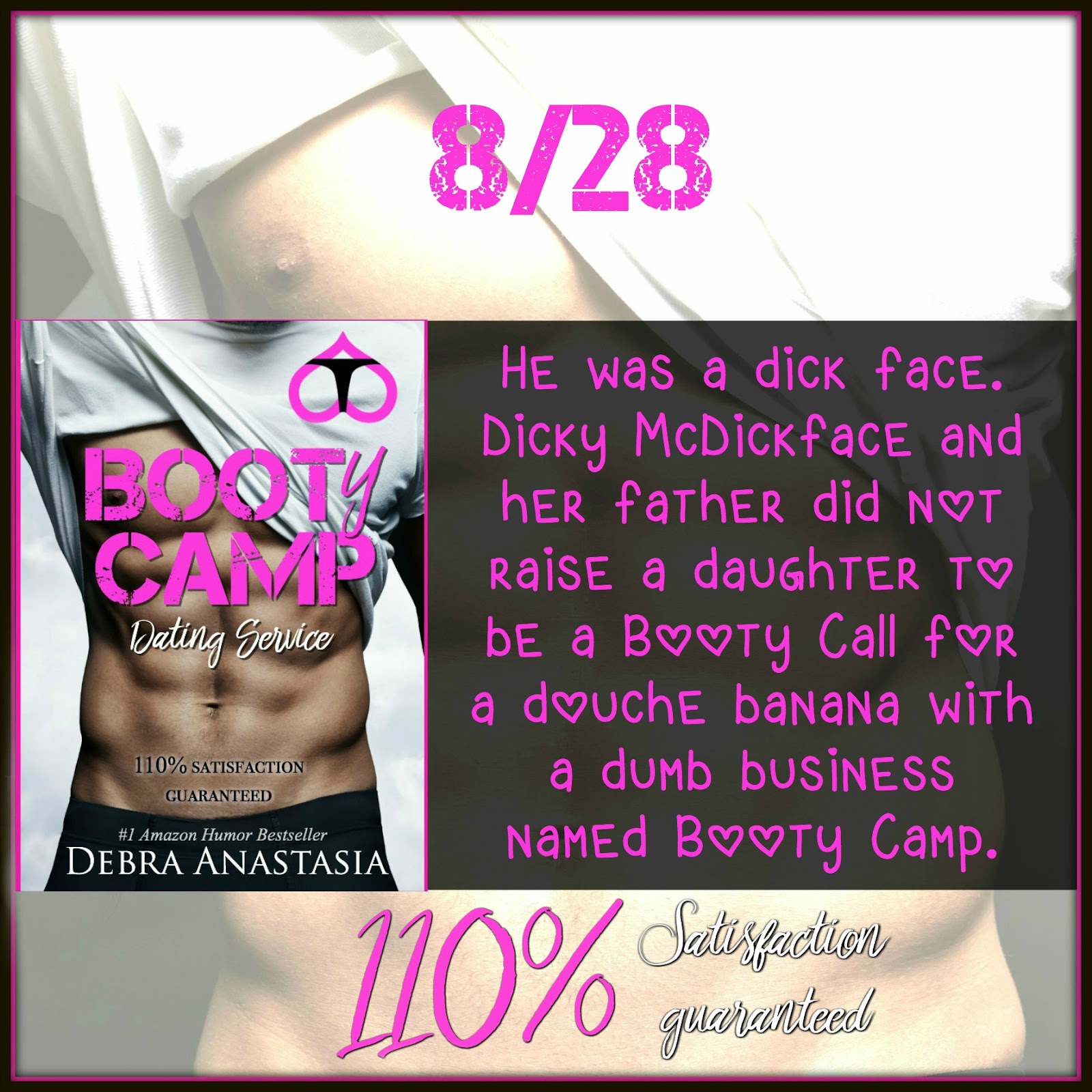 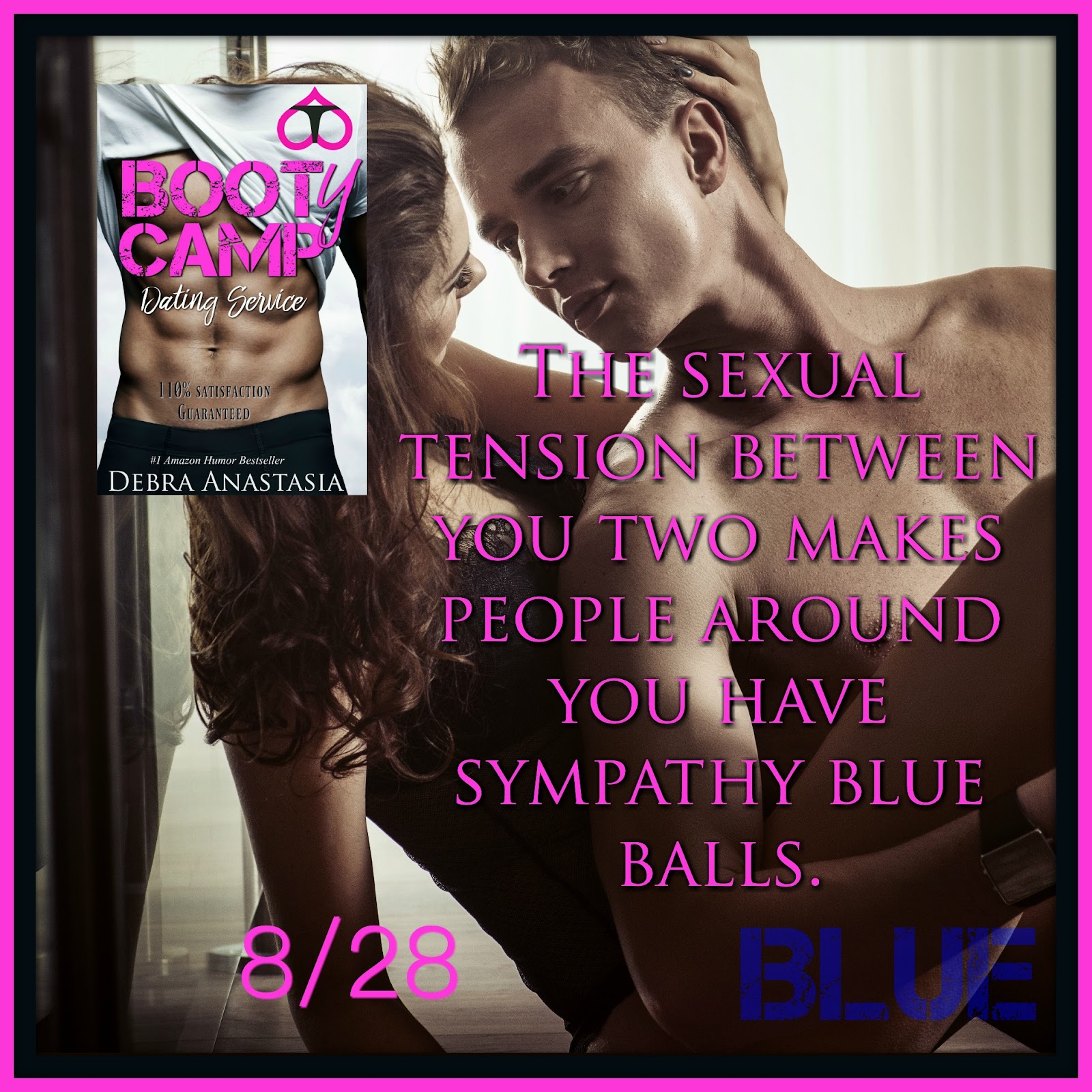 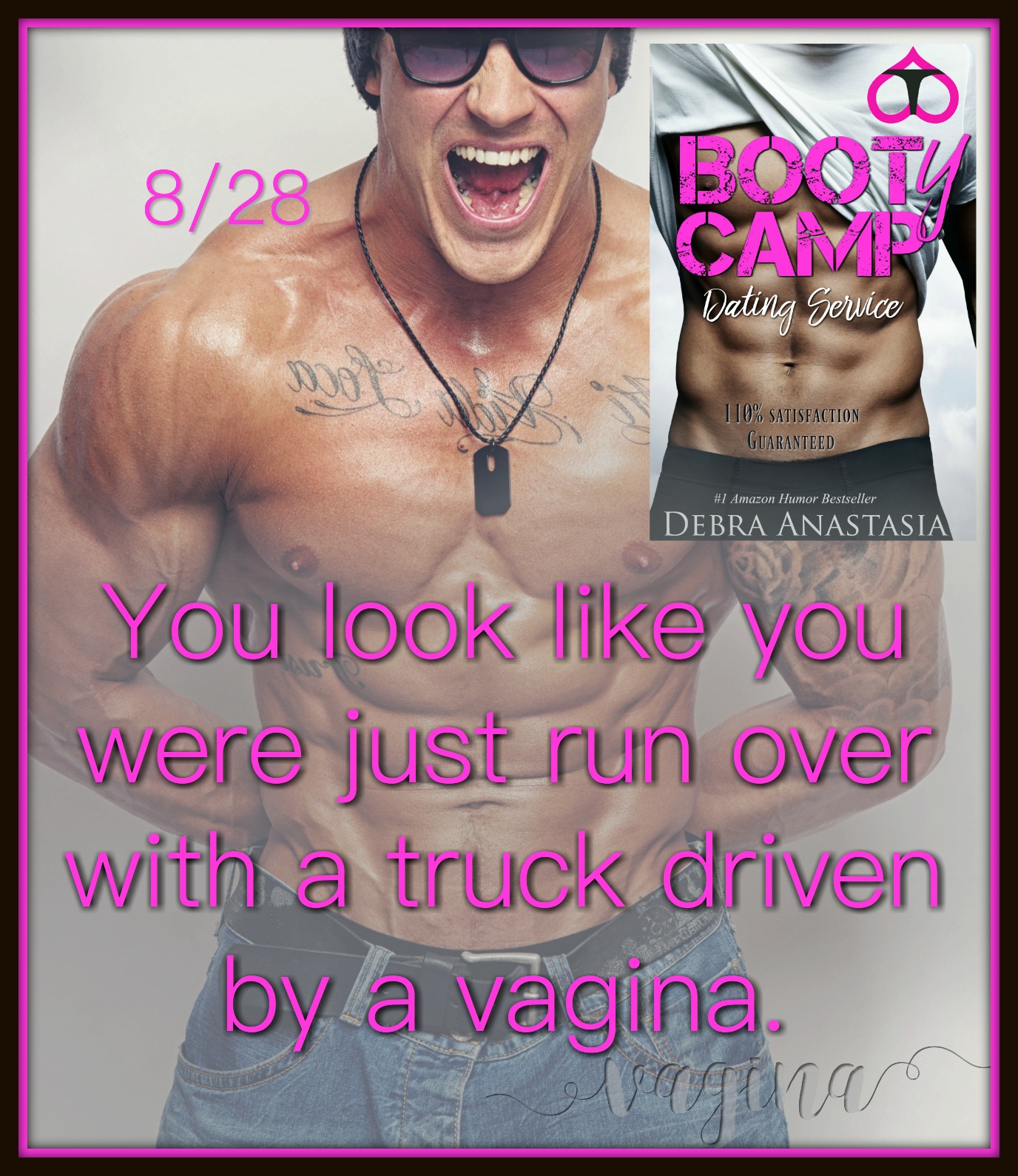 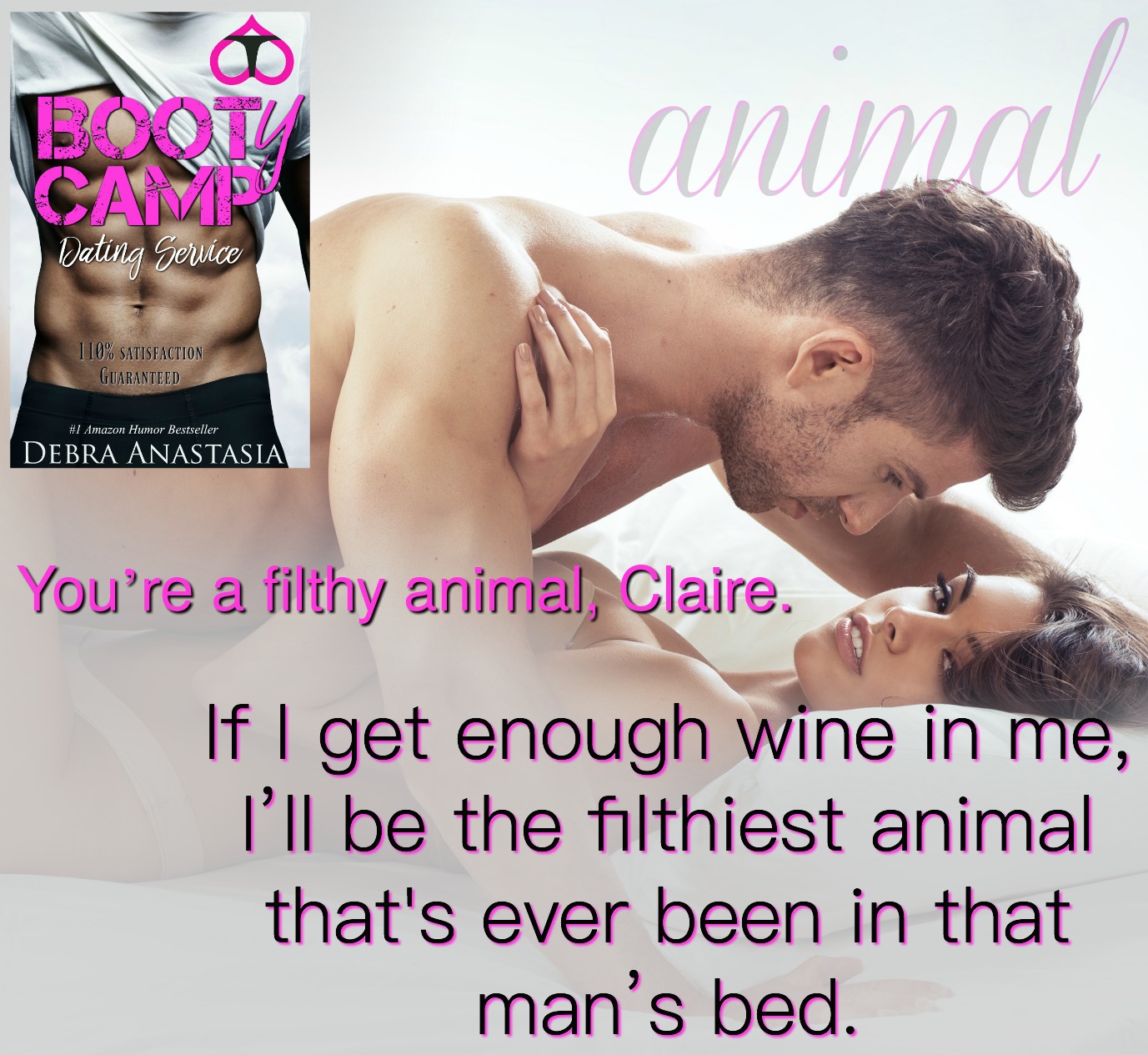 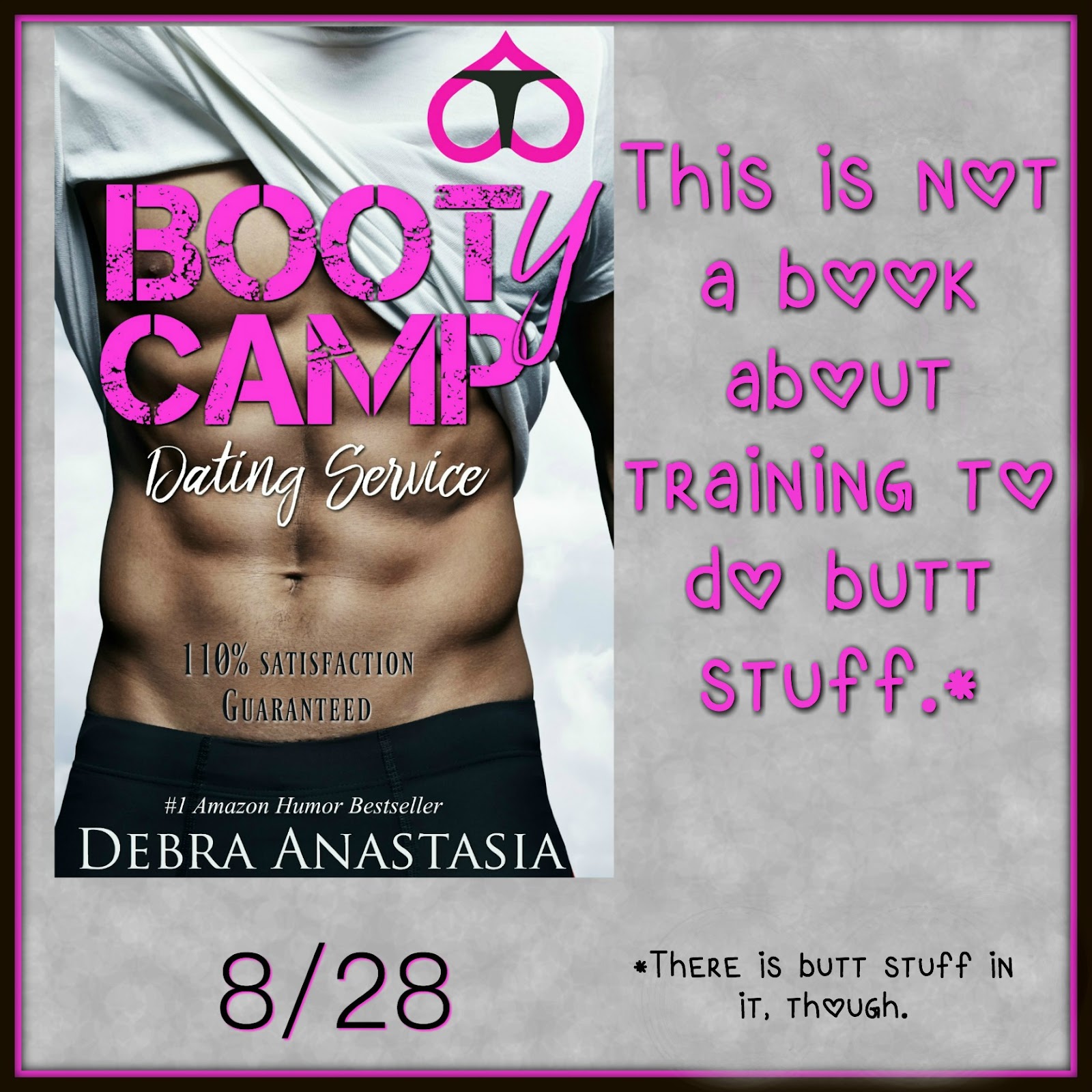 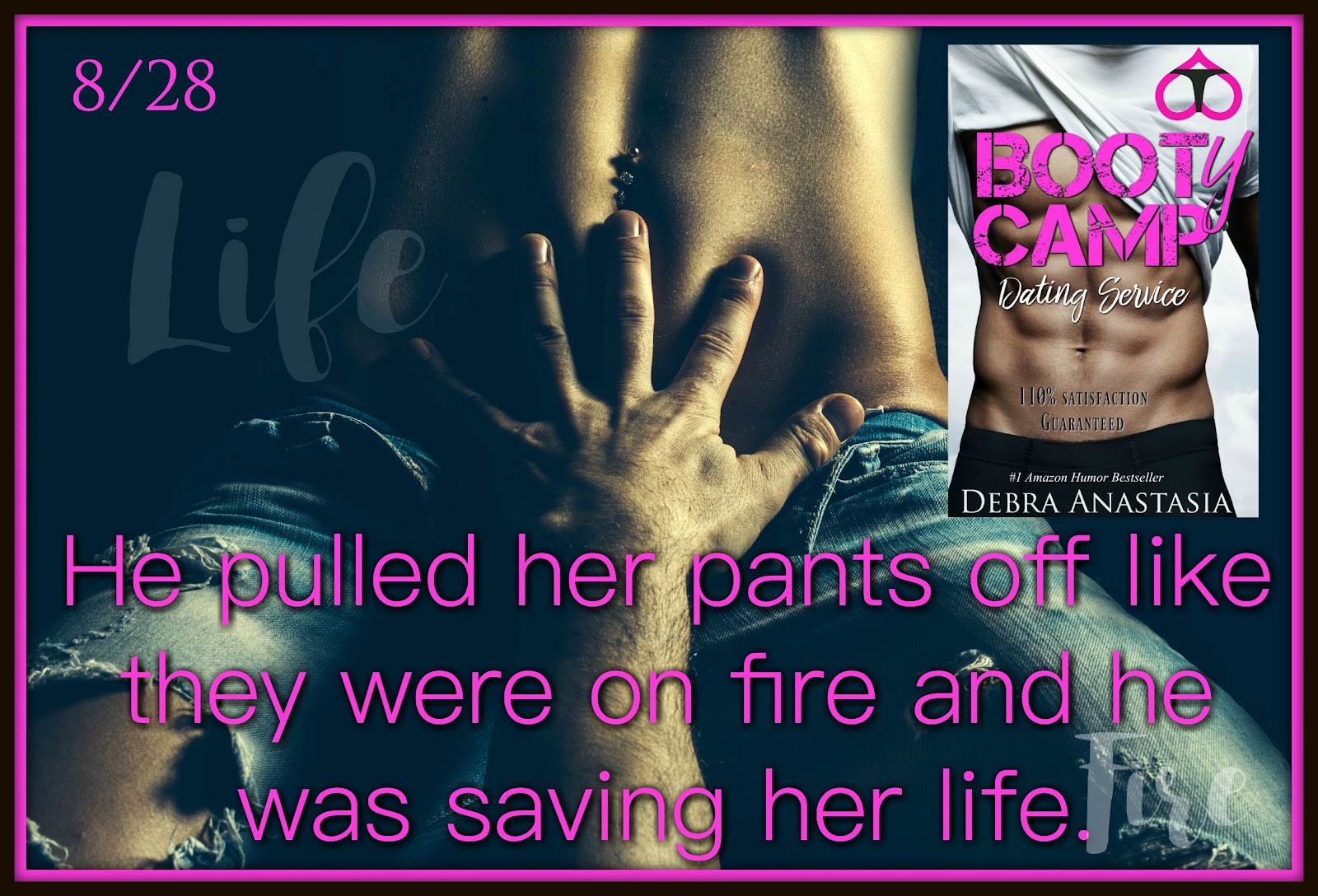