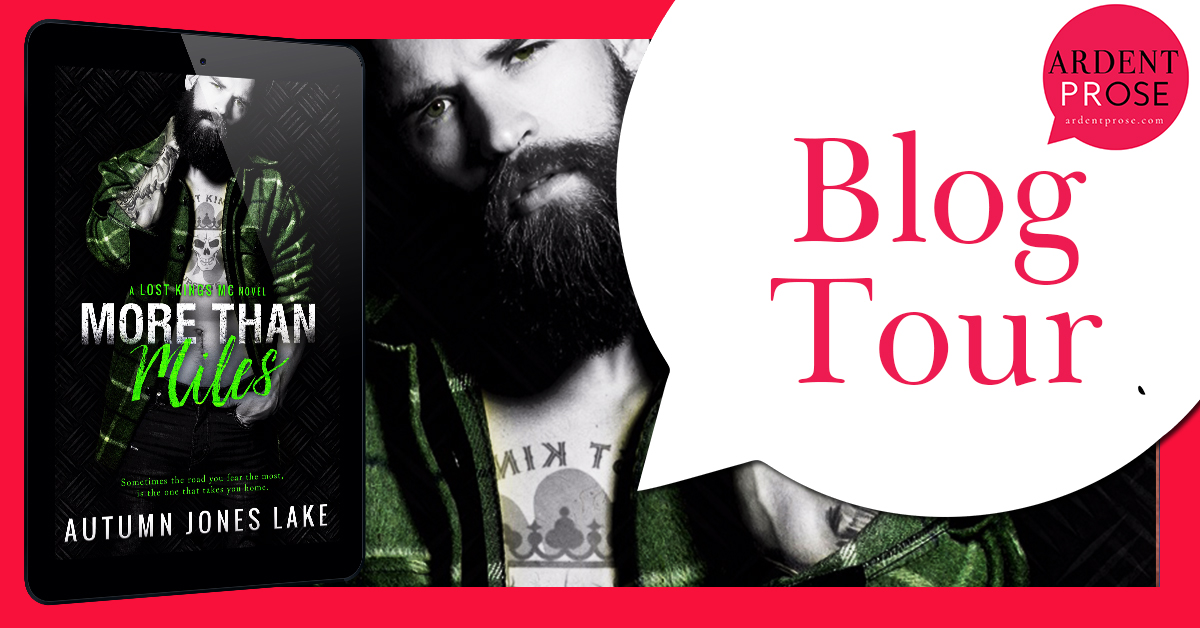 Although More Than Miles can be read as a stand-alone, the first book in the series, Slow Burn, is currently free and the second book, Corrupting Cinderella, is on sale for .99cents.
SLOW BURN (Lost Kings MC #1)Amazon US  Amazon UK Amazon CA  Amazon AU
Nook Kobo iBooks 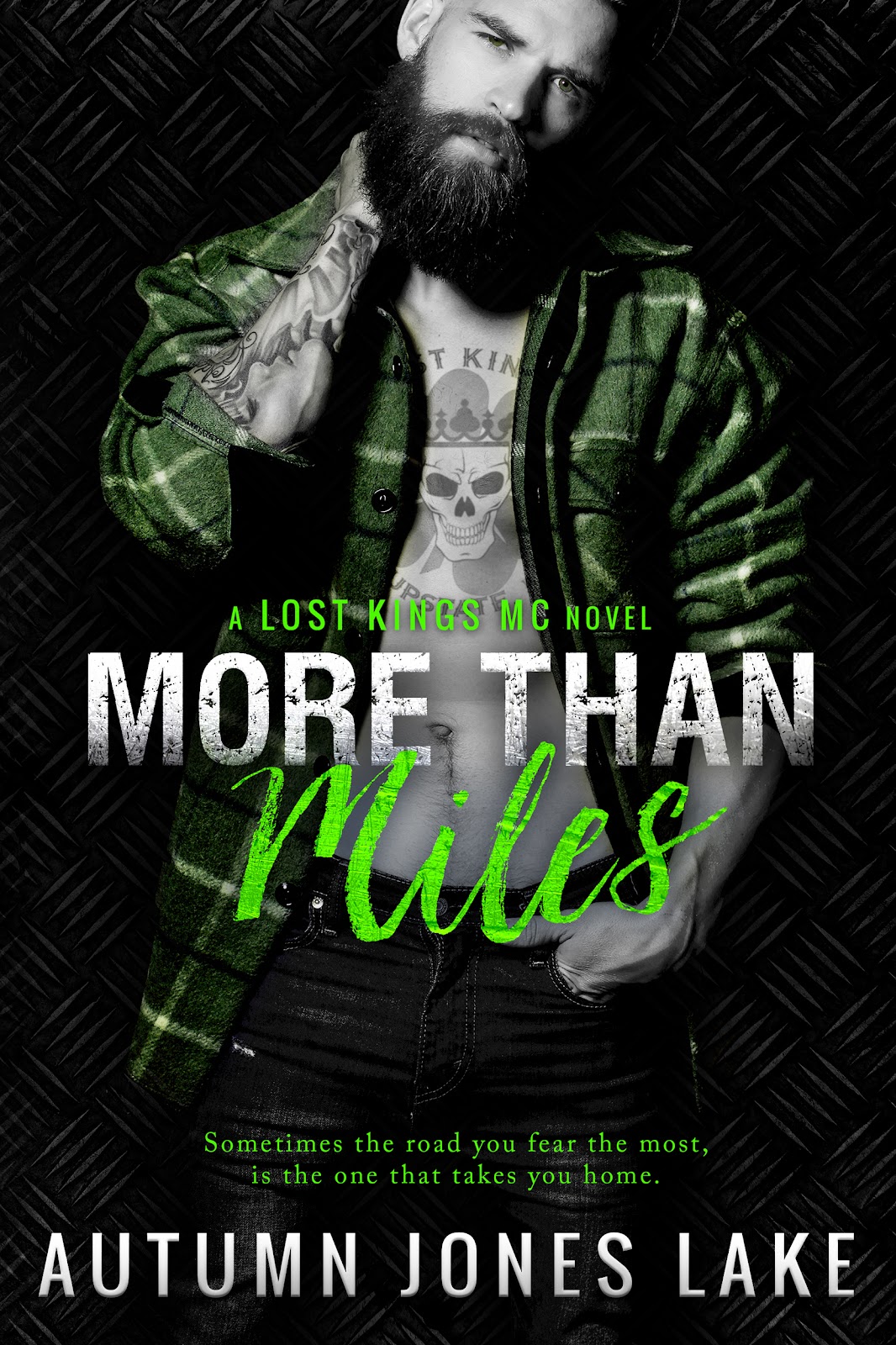 Blake “Murphy” O'Callaghan, Road Captain of the Lost Kings MC, has the world by the balls. Everything he wants…except the one girl who’s off limits. The only girl he’s ever loved. His best friend’s little sister, Heidi.
Now that she’s eighteen, it’s time to claim her as his. Problem is, she’s in love with her high-school boyfriend, Axel, a prospect for the Lost Kings MC.
Can Murphy convince Heidi that all the hard roads they’ve traveled lead to their happy ending, or is he destined to ride the open road alone?


Review by Iza
I can't tell you how much I wanted to read this book, but I also dreaded it. If you're familiar with the series, you know a little bit of history. If not, go and get the first five books and read them! Kidding.

Well, half-kidding. You really should read the other books to get the feel of the characters. You'd be missing out on their evolution, especially Murphy's. But let me tell you a little bit about them. Not much, because the last thing I'd want is to spoil it for you.

Heidi, our heroine, has been head-over-heels for Murphy, one of our heroes - yes, as the blurb says, it's a sort of love triangle, hence my dread of reading it since I just don't do love triangles but hey, sometimes we have to make an exception - ever since she was a little girl. He's always been there for her, a savior along with her older brother, Teller. Everyone saw and knew of her infatuation for him, but of course Murphy always shut her down because she's several years younger, and that has kind of bothered him. Not her. Oh, Heidi, I realized, is actually a girl after my own heart.

I admit and it's no secret, I wasn't a fan of hers, while reading the previous books. She came off as a spoiled brat that had two guys wrapped around her little finger and would cause problems and heartache.

Shame on me for having so little faith in Ms. Lake because she proved me wrong, once again. What is it, the third time? I should probably stop doubting her. Come to think of it, there's no other character I disliked so, all's well.

I digress. So, Murphy turned out to be a better man than I thought. Heidi turned out to not be a brat, I actually realized she's a lot like how I was at her age. You'll see that a LOT of things go down and happen - Autumn loves torturing her characters - and a lot of times, my heart broke for her.

Their journey, Heidi, Murphy and Axel's isn't an easy one. You have to have patience with them. It's a slow burn, it takes time for them to get where they should be; for things that are meant to happen, happen. Hard road. Title is spot on. I'm not going to tell you who ends up with whom, just that you'll laugh and melt and swoon, despite the hard road Autumn took her characters on.

I absolutely love how close Wrath and Murphy got, that's all I'm saying!

I loved it. Do I highly recommend it? Yes. Do I want more? Always. 5 stars and I want to thank the author for the copy given in exchange for my honest review. My pleasure, as always.

P.S. I applaud Ms. Lake's decision of writing an epilogue because it's been one of the best I've read.

Heidi
For reasons I don’t want to think about, I’m anxious while I wait downstairs. Sparky’s hanging out in the living room, so I end up talking to him while I wait.
It’s my brother who finally comes downstairs. Not Blake.
Marcel ushers me out the door without speaking. Outside, in the parking lot, I shake out of his hold. “Wait a second. Where’s Blake?”
“Upstairs. He’s tired.”
“What?”
He pushes me into his truck and shuts the door.
Tired of being manhandled, I hop right back out. “What do you mean he’s tired? We were going to—”
“Get back in the truck.”
“No.”
“Heidi,” he warns. “Leave him alone and get in the truck.”
I don’t answer, but I hoist myself back inside his big, jacked-up ride.
“What are you compensating for with this monster truck?” I ask when he slams his door.
“Very funny.”
“You didn’t hit Blake, did you?”
“No. Should I have?”
“No! Why are you being such a—”
“Careful, little sister.”
I hate this. I hate when he pushes me into acting like a brat. I’ve been trying so hard lately, but sometimes he pushes all my bratty-little-sister buttons.
“He said you fell at the park. You okay?”
Unsure of just how much Blake told my brother, I say as little as possible. “I’m fine.”
“Why were you up in his room?”
“Jeez. I already told you. I helped him bandage up his arms.”
“Are you hurt?”
“No.”
My shoulder still burns from the Tiger Balm, and I replay the few brief seconds with my shirt off while Blake tended to me, our kiss, our second kiss after he tenderly wiped my face clean. I’m not sharing any of those moments with my brother, though.
“Heidi, you know you’re the most important person in the world to me, right? Everything I’ve done. Everything I do. It’s to make sure you end up okay. You know that, right?”
His words drive splinters of guilt through my chest. “Yes.”
He sighs and reaches over to squeeze my hand. “How much do you remember about living with mom?”
“I don’t know. Not much. I remember hanging out at the club with you guys more.”
“She left us alone a lot.”
“I know.” I’m tempted to tell him to get to the point, but I’m also curious about where he’s going with this.
“You remember any of the guys she used to bring home?”
If I think really hard, I do. Sort of. “I remember you sleeping in my room when she had guys over. You used to sleep in front of the door.”
I’m watching him closely, so I notice the way his mouth twists down right away. “Yeah.” His hands squeeze the steering wheel. “You were so little. And trusting. And sweet.”
“Are you trying to say I’m a big, suspicious, bitter teenager now?”
He huffs out a laugh and glances over at me. “And so fucking smart.”
“Smart ass you mean.”
“Sometimes.”
“Not that I don’t enjoy strolling down crappy childhood memory lane, but do you have a point?”
“What did we always say when we were younger? Whatever Mom did—”
“We’d do the opposite when we were adults.”
“You still happy with Axel?”
Confused and suspicious of the change in conversation, I take a second to answer. “Yes, why?” A shiver of excitement races over me. “Why? You think the club’s going to vote him in soon?”
“Heidi, you know I can’t talk to you about that stuff.”
“Yeah, yeah,” I grumble and cross my arms over my chest.
He chuckles then turns serious again. “If you’re with Axel, be with him. But stop messing with Blake.”
The familiar tingle of my blood boiling starts up. “What’s that supposed to mean?”
“Exactly what I said. He’s too old for you.”
“I’m not messing with him.” If anything, Blake keeps messing with my head. My heart. But I won’t rat him out to my brother and cause problems between them. I love both of them too much.
He’s silent for the next few miles and his words replay in my head. “Are you trying to say I’m like Mom?”
“No. Fuck no. You’re nothing like her. I just don’t want you making her mistakes.”
“What would those be?”
“Heidi—”
“Axel’s my only boyfriend.”
“Good. I know you and Blake are friends, too. Just, be careful.”
“Why? He wouldn’t hurt me.”
“You’re not a two-guy type of girl, Heidi.”
“How do you know?”
He takes his eyes off the road for a second to glare at me. “I know you.”
“You’re saying that because I’m your sister.”
“How would you feel if you knew Axel had girls on the side?”
An uneasy prickle slides through my stomach at the thought. Axel spends a lot of hours at the club. Marcel knows my boyfriend in a whole different way than I do. “You haven’t seen him. . .he doesn’t mess around with other girls, does he?”
He chuckles because I fell for the bait. “Have I ever kicked his ass?”
I snort and shake my head.
“I won’t tolerate anyone disrespecting my sister. Club or not.”
A tight smile forms at the corners of my mouth, but I don’t say anything right away.
“Marcel?”
“Yeah?”
“Have you ever considered those girls you mess with? Club girls. Maybe they’re someone’s little sister?”
“No.”
“Maybe they’ve got big brothers warning them away from guys like you?”
His jaw tightens. “You’re too smart for your own good.” 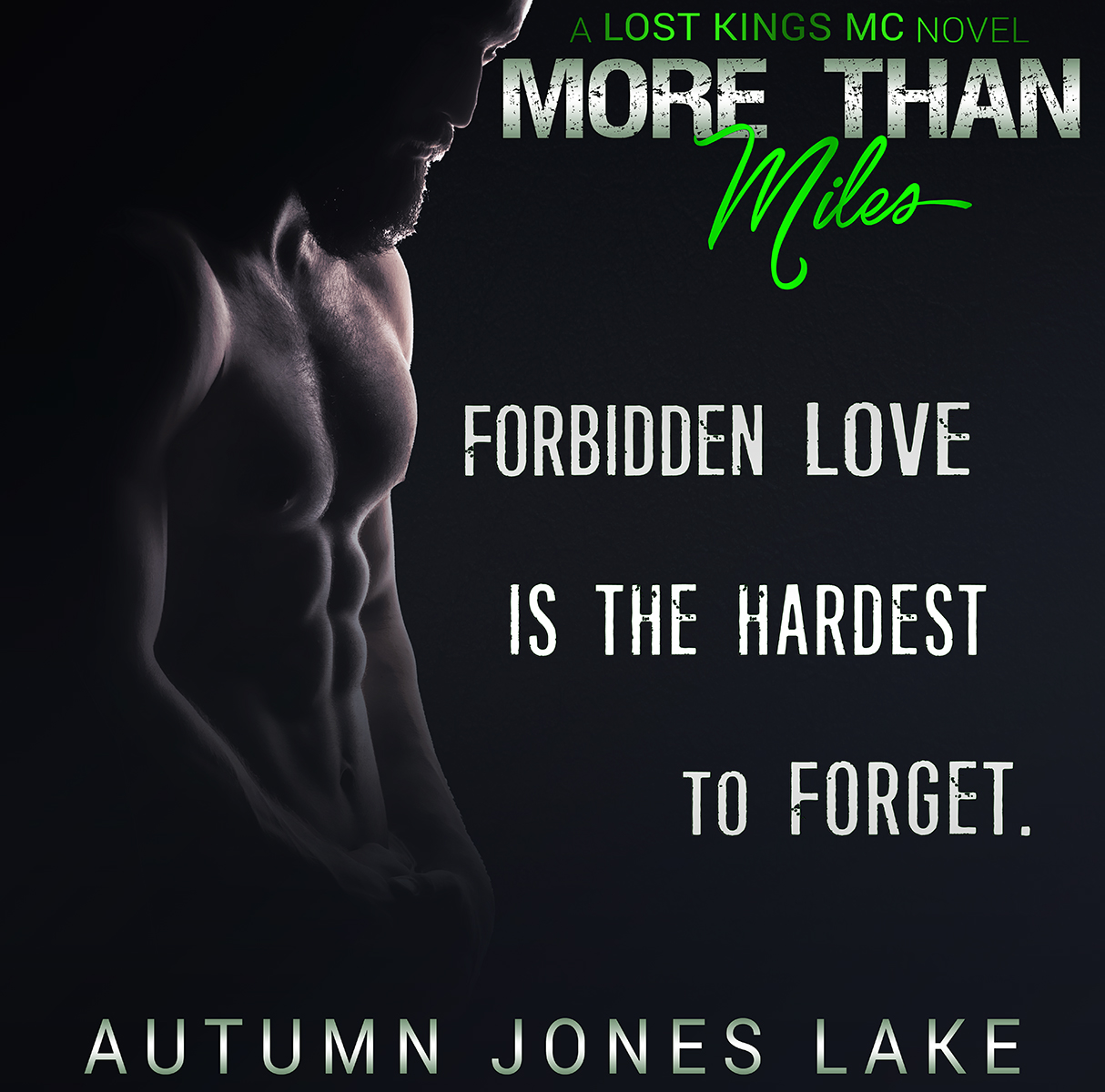 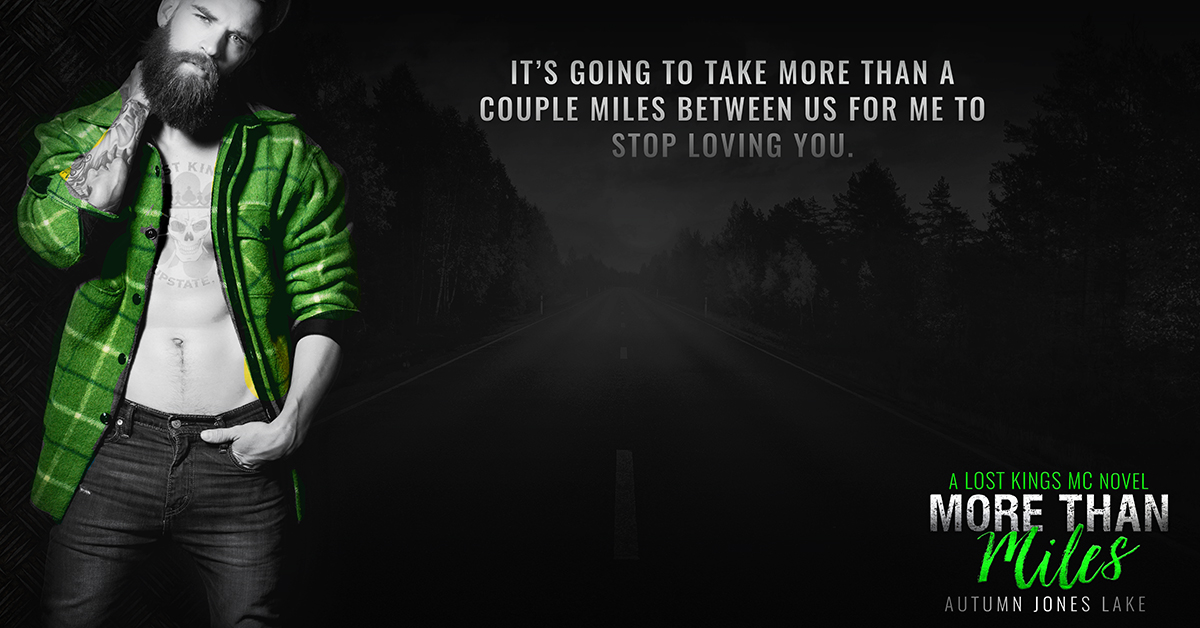 Autumn prefers to write her romances on the classy side of dirty, and she's a sucker for a filthy-talking, demanding alpha male hero. The bigger the better. She believes true love stories never end.
Some of Autumn's favorite hobbies include reading, writing, acting, music and horror movies. When she's home, her faithful Pug is always by her side. She's an active member of her local chapter of Romance Writers of America.
Autumn was born and raised in upstate New York. She still enjoys all four seasons there with her very own alpha hero and their three rescue dogs.
You can find Autumn on Facebook and she always loves to hear from readers at:
AutumnJLake@gmail.com.
Author Links
Twitter  Facebook  Web  Goodreads  Amazon Page  Instagram

Posted by The Dirty Book Girls at Wednesday, August 17, 2016