It should have been easy.
I needed the money. He needed a babysitter to keep him from snorting himself to death.
I was cherry-picked especially for him. Responsible. Optimistic. Warm. Innocent.
The worst part is that I should have known better.
Alex Winslow. British rock star. Serial heartbreaker. Casanova with whiskey eyes.
“Don’t get near the devil in a leather jacket. He’ll chew you up and spit you out.”
Sounds familiar? That’s because it was a headline in a tabloid the second time he got arrested.
Guess what? I didn’t listen.
I signed the contract.
World tour. Three months. Four Continents. One hundred shows.
My name is Indigo Bellamy, and I sold my soul to a tattooed god.
Problem was, my soul wasn’t enough for Alex Winslow. He ended up taking my body, too.
Then he took my heart.
Then he took my all. 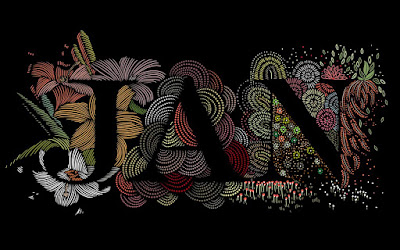 My dear Miss Shen, you’ve done it again!
Midnight Blue joins the Sinners of Saint series as some of the very best reading I’ve enjoyed in the past year. I’ve nudged L.J. Shen up onto a pedestal, and she looks fabulous up there!
You want an alpha rock star? Say hello to Alex Winslow, but he may just sneer at you in return. He’s got angst, he’s got a hard party history, he’s the personification of “entitlement”. But he’s a hot, filthy-mouthed British rock star, so I forgive!
Our man has been rocked by Indigo/Indie Bellamy, the hired-gun handler (this grown man needs a hanny – hot nanny) who is charged with keeping Alex in check on his world tour. She’s got maturity beyond her years, an enviable vintage-style wardrobe, and a single-minded mission to make that bank and save her family. So, she’s pretty much Alex’s opposite. Let the show begin!
All the side characters had their meaningful places in the story, helpful and hurtful, dramatic and gut wrenching. This is where you see much of the excellence of Shen’s writing, the way she weaves all the threads of stories within stories to give us a rock star romance that trounces the trope right on its bloody bum!
This is no easy-going romance, though. Alex and Indie experience jealousy, lies, friend failures, and loads of sexual tension. In between it all, the rock star world feels authentic and as if we are peeking around the black velvet curtain. It was a slow burn to fall for Alex, but I did fall. So did Indie, and my heart was with her all the way.
I do love a rockin’ romance, and this book delivers page after page of the goods. Loads of unexpected goods and heartbreaking goods are packed in there, as well. Midnight Blue is my first 5 star of 2018. Don’t you love closing a book and saying “Oh wow….”? This is that book. Just, wow!

L.J. Shen is an International #1 best-selling author of Contemporary Romance and New Adult novels. She lives in Northern California with her husband, young son and chubby cat. Before she’d settled down, L.J. (who thinks referring to herself in the third person is really silly, by the way) traveled the world, and collected friends from all across the globe. Friends who’d be happy to report that she is a rubbish companion, always forgets peoples’ birthdays and never sends Christmas cards. She enjoys the simple things in life, like spending time with her family and friends, reading, HBO, Netflix and internet-stalking Stephen James. She reads between three to five books a week and firmly believes Crocs shoes and mullets should be outlawed.