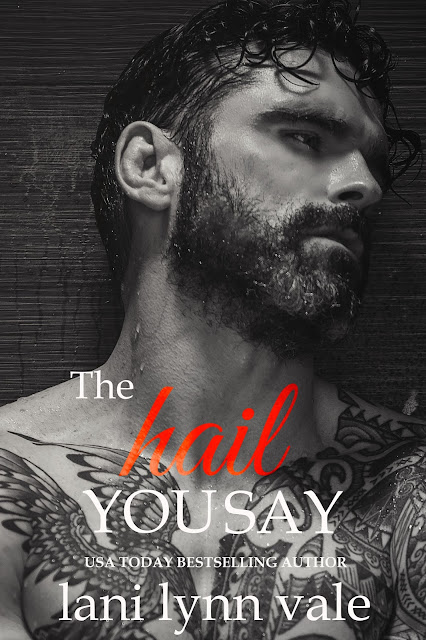 iScream Book Blog - “I have such a weakness for damaged, broken, bad boys and his story really has me tied in knots.”

A Small Girl, Her Man, and her Books - “GAH! Just when i think i've figured out my favourite Lani Lynn Vale novel, she releases another book that makes me rethink the whole thing.”

Cat’s Guilty Pleasures - “It had just the right amount of heartache and heartwarming moments.”

Get out!
He yelled those words at the love of his life twelve years ago, and to this day, Reed Hail regrets them. He’s always been the type of person to speak before he thinks, and apologies have never come easy.
It’s been over a decade since she was his, and he stubbornly thinks that he can keep on living without her.
He couldn’t be more wrong.
The last thing he needs is her vagina anywhere near his exam table. But nobody ever asks him what he wants.
Maybe he should’ve gone into the auto-recovery business after all.
I hate you.
Krisney Shaw would take those words back in a heartbeat if she could. In fact, she would take back everything.
Never meeting him would be the perfect place to start. The memory of Reed Hail haunts her—morning, noon, and night. Then, to add insult to injury, she has to see him being happy while she’s breaking a little more inside every single day.
Reed Hail is her worst nightmare because she’s constantly reminded of exactly what she’s missing—the other half of her soul.
Just when she thinks things can’t get worse, she’s sees his sexy, bearded face over the top of her paper gown, and she’s lost all over again.
Don’t ever let me go.
Both Reed and Krisney are determined to avoid each other. They do a great job of it, too…not.
One ill-timed gynecological exam changes everything. One single second in time shows Reed what he’s missing—literally and figuratively—and suddenly he’s back at square one.
The only problem with being back at square one? He won’t be able to leave her a second time.
Especially since the first time around he didn’t have a child with her to consider. 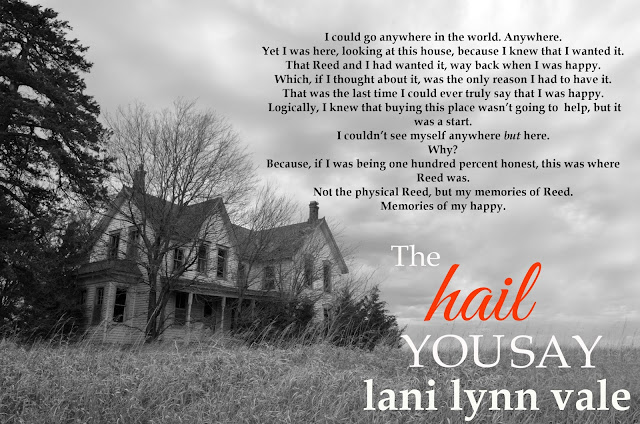 This story broke my heart. Krisney Shaw, a super sweet girl who was born into a cruel and disfunctional family. Forced to pay the consequences of their actions. Reed Hail, a man who has suffered tremendous hardships within his family, but is also one more person to make Krisney pay consequences she didn't deserve. I liked the dynamics between these two. You could feel their emotions. However, the part that took place in Germany when Krisney had to go in for her exam and Reed was the doctor was a stretch for me. I understand why it happened, but it's just one of those moments when reading a book that you shake your head and mentally say 'No. That wouldn't happen. There was too much this guy was putting on the line.' I would've liked to see them hook up under different circumstances. But all in all this was another good read by this author and it did cause me to shed tears. I give it four stars.

I was given this book for an honest review.

I knew this was going to be bad. I knew that I was about to do one of the stupidest things in the world.


Yet, that didn't stop me from entering the infirmary.
Every year we were required to see the doctor for an annual health evaluation. Mine was due two months ago, and I'd purposefully gotten out of it.
I'd tried to get out of this one, too. However, my superior looked at me, grinned that evil grin of hers, and told me in no uncertain terms if I didn't do it, I'd be relegated to desk duty for the foreseeable future.
She knew I hated desk duty.
Talking to people wasn’t my forte.
And now I was here.
Going into the one place that I knew I shouldn't be going.
The clinic in town was normally off limits.
The clinic near the base had an older than dirt male doctor that I was fairly sure was a pervert who kept working because he didn't get to see pussy that young anymore.
However, knowing that the old doc was off on the weekends, and Reed volunteered there for all the ladies that didn’t want to risk it with the pervert doc, led me to where I was today.
Where I knew he was.
Shit. Damn. Fuck.
I’d gone to Germany to get away from him. He’d been assigned to the same base within a month of my arrival.
It might’ve been a coincidence, but I knew it probably wasn’t.
He did it on purpose. Just to watch me squirm.
I swung open the glass door, waved at the secretary who I knew but whose name I couldn't remember, and signed in.
"He's running about thirty minutes behind," the secretary said as she took my information. "I'll tell the ladies that you're here, though. You can go on back. The nurse will put you in a room.”
Of course he was, because the motherfucker liked to talk.
Fucker.


Asshole.
I walked back, met the nurse, and she guided me into a room.
“Here’s the paper gown. You can go ahead and change here behind the screen.” The nurse smiled. “The part goes in the front.”
I refrained from flipping her off.
I knew which fucking part went in the front. I wasn’t a dumbass.
“Thanks,” I muttered.
I waited until she was completely out of the room before I changed, making sure the screen was completely covering every square inch of my body before I stripped my shirt off.
My pants went next, then my bra, and my underwear.
After slipping on the stupid gown—part in front—I folded the clothes precisely in on themselves, making sure that my underwear and bra were neatly tucked into my shirt before rolling my pants around the shirt.
I did not want him to see my underthings.
No sir-ree.
He was already going to see my breasts and vagina today. I didn’t want him to see that I wore the sexy underthings for some stupid reason.
Growling to myself, I picked up my phone and blasted off a text to my best friend.
She was probably asleep, but she’d answer when she woke up.
Somebody needed to be witness to this train wreck.
Might as well be Hennessy. 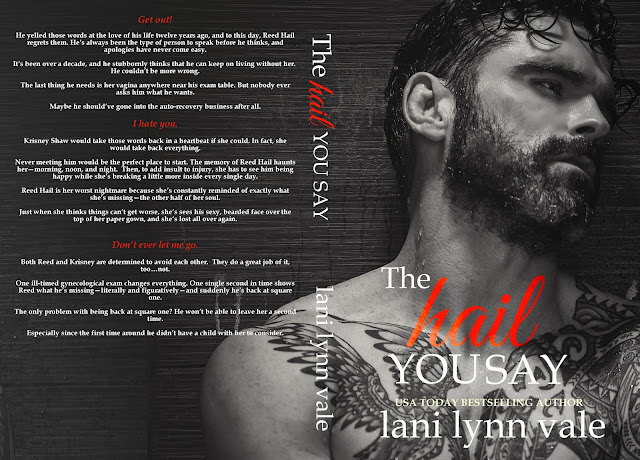 Posted by The Dirty Book Girls at Thursday, January 11, 2018