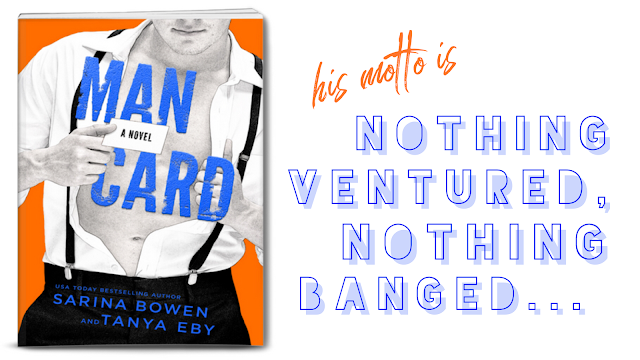 Ash
I still don't know how it happened. One minute I was arguing with my arrogant competitor--our usual trash-talk over who deserves the larger commission. But somehow I went from throwing down to kneeling down...
It can never happen again. I don't even like Braht. He's too slick. He's a manipulating mansplaining party boy in preppy clothes.
So why can't I get him out of my head?
Braht
There are two things I know without question. One: Ash and I are destined for each other. Two: never trust a man with a unibrow.
Ash is my missing my piece. She's the sweet cream to my gourmet espresso. And nothing gets me going faster than her contempt for me. They don't call her the Ashkicker for nothing.
Eventually I'll win her over...if my past doesn't ruin everything first. 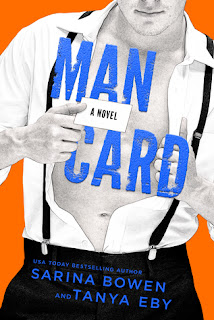 “Name your other favorite movies,” I challenge Braht.
“All of them?” He chugs his margarita.
“Hmm. Top ten? Top five?”
“That’s totally easy,” he says. Somehow I’ve gotten closer to him on the floor. When he sits back, I actually snuggle in beside him. He’s wearing a ridiculously soft shirt that feels good against my skin. And I watch with fascination as he ticks off the names of films on his fingers. “When Harry Met Sally. The Devil Wears Prada. Roman Holiday. Clueless. And Working Girl.”
I burst out laughing. I can’t help it. “Those are all chick flicks. You should just hand over your man card right now.”
“Not a chance.” Braht’s expression grows intense. “In the first place, I gave you a very thorough demonstration of my man card last week. I don’t remember hearing any complaints.”
I swallow hard, because this is certainly true.
“And secondly, you’re looking at this all backward.”
“I…am?” And why can’t I look away? He has the most beautiful, intelligent eyes.
“Yeah, you are,” he whispers. “It’s the guy who has a firm grip on his man card that can hold your purse. He’s not afraid to be seen with that Tory Burch you like to carry—nice color, by the way. He’ll free up your hands because he likes your hands, and he remembers all the terrific things you can use them for.”
“Oh,” I say slowly. Now my fingers itch to reach out for him. I have to make fists with both hands so I won’t do it.
“Furthermore, he’s not afraid to quote Working Girl. Because Joan Cusack is a genius. And who wouldn’t want to say Melanie Griffith’s best line out loud?”
I can’t help saying it with him, and together we sound like the world’s horniest Greek chorus: “I have a head for business and a body for sin.”
Sin sounds pretty good right now, actually. But Braht’s not done with his speech. “Any man who tells you that chick flicks are for pussies can’t be any good in bed. Because that man does not speak the language of women. He doesn’t know that a little luxury can erase a shitty day of worrying about your ex…”
Braht takes my hand in his and begins to massage it. He has a great technique, applying gentle pressure between each joint. I relax just a little bit more against him.
“…That man doesn’t speak the language because he’s afraid of sounding like a girl. But fuck that noise, honey bear. If a man doesn’t have the vocabulary to describe a satin teddy with peekaboo lace and mother-of-pearl snaps at the crotch, he can’t buy it for you and then strategically ask you to wear it. He can’t plan ahead to blow your mind sometime by lifting your skirt somewhere semi-public and dangerous. And he can’t get down on his knees and kiss that lace and then pop open those snaps while you bite your own hand to keep from screaming when you climax.” Braht takes a deep breath and lets it out in one hot gust. “Fuck. What was the point of this speech?”
“Um…” My voice is hoarse, and my face is suddenly very hot. Let’s not even mention my nipples. “Man cards, I think.” But I’m not sure, because everything tingles.
“Right,” he says with a sigh. “Still got mine. Shall we watch Working Girl next?”
“Okay,” I breathe, sinking a little further into his comforting embrace.

Five Reasons why you should read this book
by Stephanie GooglyEyes

1) Ash- She's strong, knows what she wants (or doesn't want), she's competitive, and shes absolutely HILARIOUS. She has this "gallows humor' she uses and it works for her. Her humor may be on the darker side, but she is far from being a negative person. Even with the threats of her past coming for her, she doesn't drop her shit on someone else's doormat.

2) Braht- ((don't worry everyone, it's his last name)) He may come off as a playboy and a metrosexual (which this is true) but don't mistake that for a weakness.

"It's the guy who has a firm grip on his man card that can hold your purse. He's not afraid to be seen with that Tory Burch you like to carry- nice color, by the way. He'll free up your hands, and he remembers all the terrific things you can use them for."

He knows who he is and apparently what women want/need, and he's not afraid to show it to the woman he loves <3  He will stick up for Ash, but will back down when he feels he is stepping on her toes. He loves it when she gets bossy and competitive.

3) Camaraderie- This group of friends are the kind of friends you want to have IRL.
One text from Ash to her girls:

"It's not day drinking if it's brunch." So I text, naturally: BRYNN WE NEED BRUNCH.
Brynn responds: I've already got the bacon in the oven. This sounds serious. I'll whip up some cream puffs and mimosas."

And all three ladies show up to discuss what is happening in their lives. They're the best of friends, and while things are very serious, they seem to know how to lift each other up.

4) The writing- I have talked about the characters and how ridiculously funny they are, but the writing itself is great. It's silly, yes, but it's a good silly. Not overly childish, and it is something I can relate to more now in my 30's than I could have in my 20's.

5) The HFN and the wonders that will be book 3. I am pretty sure it is going to be about Sadie.
This is our psychiatrist friend with 1 year old twins, who has found out some bad news. I also wonder if/how Brahts younger brother, Bramly, will play in. I thought maybe there would be something between him and Sadie, but it turns out she has the wrong body parts for him. I would LOOOVE a story about him if it ends up to be mainly about Sadie. I am also wondering who her Man Toy will be!? ((Hey, i am not saying that's the title of book 3, as it hasn't even been announced, but how funny would it be? and also, its the characters words, not mine!))