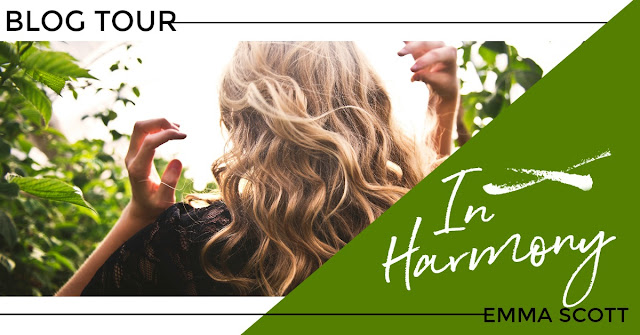 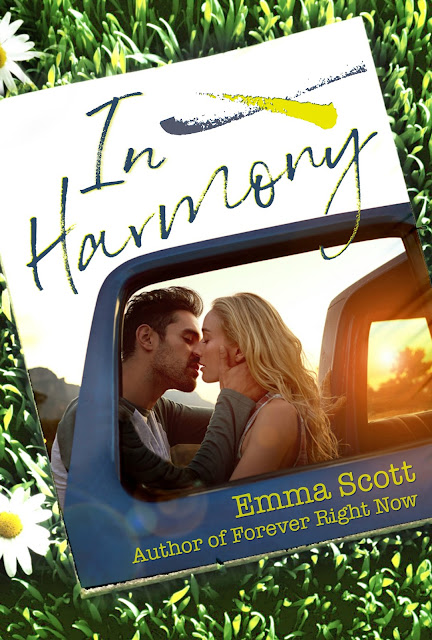 
The root of all madness is an unbearable truth… At seventeen, Willow Holloway’s life was torn apart. The happy, driven girl is gone, and she is left wracked by post-traumatic stress her body remembers even if she does not. When her father suddenly uproots the family from their posh penthouse in New York City to the tiny town of Harmony, Indiana, Willow becomes more untethered and lost under the weight of her secret. On a whim, she auditions for a part in the community theater’s production of Hamlet and unexpectedly wins the role of Ophelia—the girl who is undone by madness, and her love of Hamlet…

Isaac Pierce is from the ‘wrong side of the tracks.’ The town bad boy. Girls pine for his attention and guys are in awe of him. That he’s an acting prodigy only adds to his charisma. Isaac utterly disappears into his characters; the stage is the only place he feels safe from his own traumatic home life. He wants nothing more than to escape to Broadway or Hollywood, and leave Harmony behind for good.

No one can play Hamlet but Isaac, and when the director pairs him with Willow in acting class, they clash again and again—neither willing to open their hearts to anyone. But clashing leads to breaking, breaking leads to the spilling of terrible secrets, and soon Isaac and Willow find Shakespeare’s words mirroring their lives. When they are cruelly torn apart, neither know how this play will end—with madness and heartache? Or healing, love, and the discovery of who they are truly meant to be.

In Harmony is a standalone NEW ADULT love story, and is intended for readers 18 and up. PLEASE NOTE, this book contains sensitive material such as physical abuse, and the aftermath of sexual assault (off the page). Reader discretion is advised.

"I’m so…not into being with someone right now," Willow said with a nervous lilt to her words. "Not for a while, anyway."

I heard a whisper on the breeze, or ever again. A heaviness in her eyes hinted she had lost something and had almost given up trying to find it.

She hasn’t given up, I thought, a fierce admiration welling in me. That’s why she’s doing the play. To find it again.

In that moment, I vowed to try to cut out all the egotistical bullshit and jealousy over Justin. The dance was out of range now anyway. I couldn’t ask her to go even if I wanted to. Which I didn’t. My job was to help her find what she was looking for in Hamlet, however I could. Even as it dented my eagerness to get the hell out of Harmony.

Willow shielded her eyes from the sun and squinted at me. "So what about you?"

"Do you like anyone?" she asked, her voice a half tone higher than usual. She laughed. "That’s such a high school thing to ask."

"No," I said. "If all goes to plan, I’m leaving Harmony, remember? Stupid to start something now."

"Yeah, so I probably won’t go to the dance," Willow said. "I’m not good in that kind of situation anymore."

"What kind of situation?"

She shook her head. "Never mind. I should get back."

Willow started to scoot down off the block. I held my hand out to her to help. She hesitated for a fraction of a second and then took it. I held my other hand out and she took that too. I steadied her as she hopped down and then we were standing face to face. Close enough I could see her pale blue eyes had lighter shards of blue in them, like a topaz. Close enough to smell the sweetness of her breath—coffee tinged with sugar. Close enough to dance if we wanted.

"Thanks," Willow said, gazing up at me.

I still held her hands. She didn’t let go.

"So," she breathed, still not moving.

I glanced down at our hands. I hadn’t touched something this soft and good in ages. The sleeve of her coat bunched up and I spied a black mark on the inside of her forearm, close to her wrist. Willow drew in a breath as I turned her hand over. An X, about the size of a quarter, was stark on her pale skin.

She tugged her hands away. "I really need to get back."

Every instinct cried out to take her hand again, to ask her what the X meant. To lick my thumb and erase it off her skin. I didn’t know what it meant but the sight of it made my stomach feel heavy.

"I doodle when I’m bored. I told you that." Her voice was sharp but her smile wobbled. "Let’s go."

We walked the short distance back to town wordlessly. Back in front of the theater, Willow shouldered her bag and glanced around. "Thanks for today. I think Martin would be happy with our progress."

"Oh, uh…" She still wouldn’t meet my eyes. "I was thinking of walking."

"To Emerson Hills?" I said. "That’s a mile and a half and it’s getting dark soon."

She raised her brows. "I’m not allowed to walk in the dark?"


Willow Holloway is trying to recover from a horrible attack against her. Her father moves the family to Harmony for his job. It turns out to be the best thing for Willow. In Harmony Willow finds an outlet for her pain when she sees Isaac perform in Oedipus Rex. It intrigues her so much she decides to audition for Hamlet.

Isaac Pearce is on his way out of Harmony. He is a poor kid with and alchoholic father and he wants out. Isaac is a God on the stage. He is hoping that his talent will help him make something of himself. He is determined not to fall for Willow. However, Isaac recognizes the pain she is in and decides to help her find what she needs out of Hamlet. The two fall in love but it is very short lived and they are cruelly ripped apart.

Emma Scott’s use of Shakespeare to tell Willow and Isaac’s story was so well done. I was so hooked and so in love with these two. I felt I lost a bit after the time jump. In my opinion we didn’t get enough of Isaac and Willow in the future. It wrapped up too quickly. I would have liked to see the work that went into them being a couple. I also would have liked to see her parents really work for forgiveness. Willow was tormented by the attack. Her parents failed her, BIG TIME. Honestly had she not found Isaac, Angie, and acting she might have not survived. I know off the page they were earning their place in her life. I think it would have brought more depth to the story on the page.

All in all this was another beautiful story by Emma Scott. I can’t wait to see what she brings us next.

Very good. There are lots of books out there that parallel Shakespeare but Scott adds her own charm that made this story of Hamlet unique.

Isaac has lived in Harmony his whole life. He lost his mother, his father is a drunk, and he's very poor. His one bright light is acting. On stage he is untouchable and he's counting on his talent to take him far away from Harmony.

Willow and her parents recently moved to Harmony from NYC. It's quite the change but one Willow welcomed. A year ago her life changed in a traumatic way and she's looking forward to a fresh start in a small town. After watching Isaac on stage she's inspired to try it herself and lands the part of Ophelia.

I would have liked more details about Isaac and Willow's time apart but, overall, I liked this book very much. Well done!

Emma Scott has quickly become one of those authors that I look forward to reading what she's written and this book didn't disappoint.

Willow is struggling to move forward after a brutal attack several months ago. Her father's job has moved them to a new state, where she's hoping to get a new start. They move to a small town in Indiana, where Willow meets Isaac Pearce, the quiet loner from the wrong side of town. Isaac has his own battles he's been dealing with.

Willow's parents are adamant that she participate in some sort of extracurricular activities at her new school. After watching Isaac perform in community theater play, she decides she wants to try out for the new production. Her father only permits this if she agrees to avoid Isaac outside of rehearsals for the play. Despite her father's demands, Willow and Isaac form a friendship and confide in each other in ways they haven't been able to with other people.

Their friendship turns into something more, but all too quickly is snuffed out by her father, when he learns of Willow's relationship with Isaac. And this is where the story kind of loses some of it's strength for me. We flash-forward three years and Issac and Willow and reunited and everything is hunky-dory. No drama between them, just an easy acceptance of "okay, you're back and we're back together". While I understand this is fiction, I would have liked to have seen more re-building of their relationship. And then, we flash-forward again three years to the epilogue. I was just hoping for more of the in-between. Overall, a really a good story, but I just wanted a tiny bit more of their lives during the separation.

Where to Find Emma: