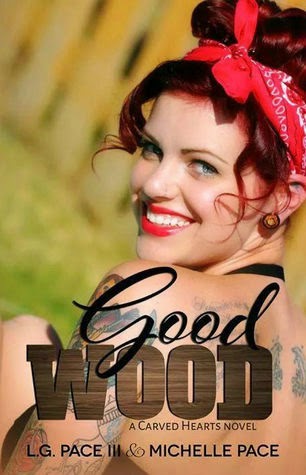 "It’s the sign of a true artisan when he can create beauty from what others consider trash. It takes heart to use a twisted bit of scrap and make something from it as if it were good wood.”

Somehow Joe survived the unlivable, and now he's just going through the motions. An endless string of one night stands does little to dull the ache from all he's lost. Even though he distracts himself daily with back-breaking work, his violent rage still simmers just under the surface.

Then along comes Molly, the feisty baby sister of his two best friends. Joe hasn’t seen her in years, and he's unprepared for his reaction to her when she falls out of the food truck and into his arms. Molly is still as mouthy as ever, and now she's as delicious as the food she's serving up. It's totally against "The Bro Code", but he just can't seem to keep his hands off of her.

Molly has come back home to Austin to mend fences and feed a whole new crowd. Dealing with Joe's demons doesn't figure into her business model. Something is very different about him and she craves the ‘Old Joe’ she used to have a crush on.

Still, the broody carpenter's swagger is damn near irresistible. And all work and no play makes Molly a cranky girl.

I have to admit, I expected a light, fun romance but - while I did laugh or snort at some parts - it's not exactly that. Because it deals with two broken people, finding their way back from the pain that took over their lives.

While Molly and Joe had known each other, they drifted apart and didn't know anything about one another for years. Molly got married, Joe got married. But none of them expected their marriages to end the way they did. I'm not saying more about it, you're gonna have to read the book to see for yourself.

I am going to say this, though: I loved Molly. She went through some nasty things but she overcame them. I also loved Joe and his man-whore ways.

This book took me by surprise, a very pleasant one because it kept me interested and curious to learn more. While there may have been some detailed parts - I'm not much for details, but that's me - it was still a good book, one I'd recommend gladly. 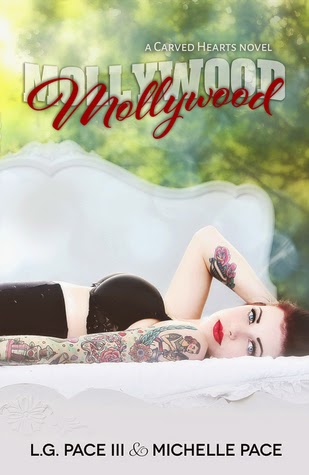 "A good chef can throw seemingly random ingredients into a pot and create something delicious. On rare occasions, fate does the same thing with hearts. With the right combination of elements at just the right time, a couple can fall head over heels in love. That being said, blending two lives can get messier than any kitchen and also a hell of a lot harder to clean up."

Molly's food truck took Austin by storm, and she's got more prospects than she knows what to do with. Her crazy ex is out of the picture, and she's moved in with her gorgeous boyfriend, Joe. She and Joe rarely see one another, and when they do, their time is squandered arguing. Molly's anxious to break this cycle because the tension between them is literally making her sick.

After years alone and shattered, Molly has reawakened a part of Joe that he was sure couldn't be revived. He's terrified of losing her, but their combined baggage makes every step forward seem littered with landmines. Molly's more than worth the fight, but she shouldn't be the one he's constantly battling. A master carpenter by trade, Joe has restored countless treasures which seemed beyond repair. He's determined that he and Molly won't be the exception.

Fate kicks in the door and rocks them to their very foundation. Boundaries are tested, tears shed, and Molly and Joe will question everything they think they know about themselves and each other.

As soon as I finished reading book one, I dived into book two. I don't regret it. I loved it more than the previous one. We got to see the evolution of these characters; as individuals and as a couple. And it's not easy, because they still have things to overcome. Things to let go of.

But once that happens, things start working out for them.

There's a scene where *tiny spoiler* Joe got pissed and, after holding everything inside, he snapped and defended Molly and hoo-boy! Absolute swoon-worthy, Mr. Joe Jensen. Absolute. Swoon. Worthy.

Molly & Joe are fast-becoming a fave couple of mine and I'll be rereading these books, that's for sure. I'm going to dive into book 3 soon. I just... It's going to be good-bye and well, I don't want to say good-bye to them.

The only thing keeping me from giving this book 5 stars - 4 stars, unfortunately - is the fact that there are more typos and wrong words than there were in book one. It kinda took away from the storyline, having to replace the word I read with the one that was supposed to be there, but I still loved it and will reread.

P.S. Certain parts with Joe made me tear up. I just love that man. 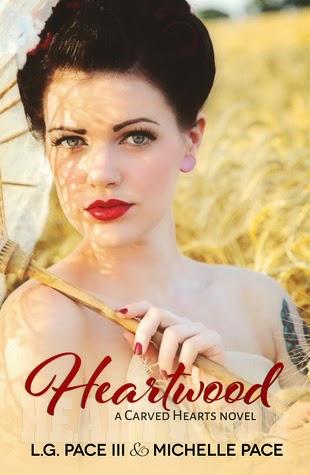 "When we were kids, my cousins planned for their weddings like they were coronations. Sleepovers revolved around notebooks stuffed with clippings from bridal magazines and elaborate plans scrawled in purple ink. Horse drawn carriages, twenty tiered cakes, groomsmen in tails, and scads of bridesmaids, none of whom were nearly as pretty as the bride. Me? I'd just yawn and wander off to the backyard and play fetch with their dog. I never cared about any of that crap, at least not until I met Joe."

With her wedding rapidly approaching, Molly's days consist of herding Joe off to tux fittings and diaper changings times two. She misses life on the food truck, but she isn't quite ready to leave the twins. Planning for every detail to be as perfect as her groom, she hopes her instincts are wrong that it's all too good to be true.

Knowing Molly like he does, Joe can plainly see that his girl needs to decompress. She's as stubborn as always, and talking her into a honeymoon without the babies proves easier said than done. Molly's on edge about every little thing, from the nosey next door neighbor to cars speeding down their quiet street. While Joe revels in their otherwise blissful existence, he worries that Molly's paranoia may be a symptom of something bigger.

Come back to Austin one last time for the wedding of Molly Elizabeth Hildebrandt and Joseph Samuel Jensen. Raise a glass in celebration alongside their family and closest friends. Wave goodbye as they ride off into the sunset toward a dark fork in the road that could destroy their happily ever after. Will they finally get their fairytale ending? Find out in Heartwood, the explosive conclusion to the Carved Hearts series.

Five stars. FIVE stars. I know I've mentioned the typos and whatnot in my review for the previous book but this was SO GOOD, I just didn't give a hoot, to be honest.

I have quickly fallen for both of these characters and saw their growth, their evolution into better, from broken to healed. God, how much I love Joe and in this part... *sigh* Ovaries went ka-boom, really. I mean, really.

It was a perfect blend of funny and darn-there-goes-my-manicure. If you've read the previous books, you know what happens, and what's bound to happen in this. Up to a point. 'Cause what went down... I was NOT expecting that. But once again, Mr. and Mrs. Pace did it well, because I could feel everything these characters were feeling. I mean I got all teary-eyed at certain parts, and swooned over Joe. Yes, I love him. He's become a fave new BBF. Can you seriously blame me? I also have a major girl-crush on Molly. She's awesome.

I didn't read this in one sitting or even two. Why? It was good-bye and I hate good-byes. I suck at them. And after you fall in love with a book, a series, with countless characters, it's like telling your best friend good-bye.

Joe, I'll always love you. You and that sexy scar of yours.

Molly, you rock. Hats off to you, milady!

Along with READ THESE BOOKS, I'll also leave you with a tiny Joe-wisdom.

"We'd been through our separate hells and our reward was each other. We'd paid our dues. Now it was time to celebrate."

L.G.Pace III has spent several decades pouring creative energy into other things besides writing. He began his current journey by telling his two daughters bedtime stories about a magical realm and a hero named Terel. Though that story is still sitting unfinished in the electronic universe he has managed to bring three other stories out of the dark maelstrom of his mind for others to enjoy.

He dwells in the great state of Texas with his wife, novelist Michelle Pace and their children.

Michelle Pace lives in north Texas with her husband, Les, who is also a novelist. She is the mother of two lovely daughters, Holly and Bridgette, and one uber-charismatic son, Kai. A former singer and actress, Michelle has always enjoyed entertaining people and is excited to continue to do so as a writer.