Anniversaries are usually occasions worth celebrating, but when your fourth wedding anniversary is also the first anniversary of your husband’s death, you’ll only want to drink your sorrows away. And that’s exactly what Phoenix Nightingale does.
In the small town of Breckshire Wyoming, everybody knows everybody, so when Evan Tyler walks into the same bar she’s drowning her grief in, Phoenix knows that he’s new in town. What she doesn’t know is that he’s just moved in a few houses down from her and is about to try his hardest to break through the wall she’s had up for a year.
Phoenix has experienced a tragedy that nobody ever wants to experience. In the year following her husband’s death, she’s had what her parent’s considered embarrassing public meltdowns, and lost some friends along with her career. Just as she feels she’s at her very lowest, Evan barges into her life, forcing her to get out of the house and look at life a little differently.
He vows to help her, encouraging her to rise from the ashes and live once again. Evan doesn’t know that just by being in her life, he’s bound to send her into a tailspin, because both of them are keeping things from each other, and Phoenix may not be strong enough to handle what she finds out.
Will she pull him into the dark with her, or will he be able to resurrect Phoenix, freeing her from the depths of her depression, and showing her that surviving isn’t the same as living? 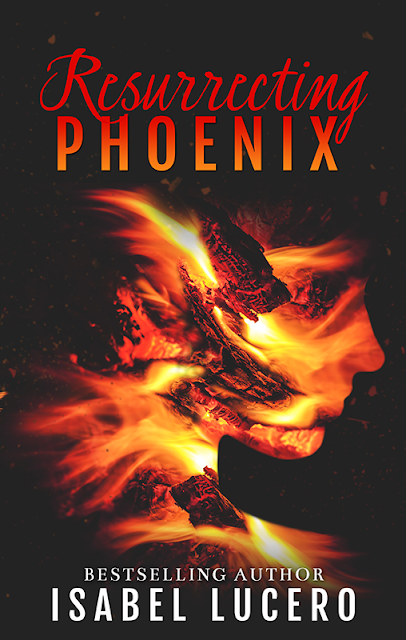 She was born in a small town in New Mexico and was lucky enough to escape and travel the world thanks to her husband's career in the Air Force. She's been married for eleven years to the love of her life and Jr. High School sweetheart. Together they have two of the best and most beautiful kids in the world.

She currently lives overseas and is constantly coming up with new book ideas, so keep an eye open for new stories coming your way. Isabel loves connecting with her readers and fans of books in general. You can find her on her personal website, Facebook, Twitter, and Instagram. 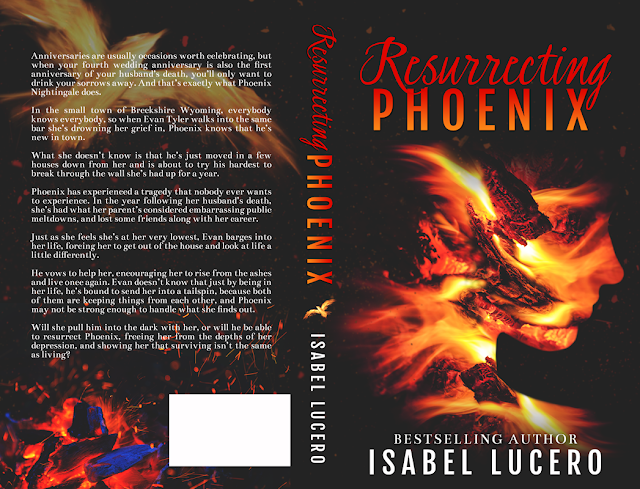 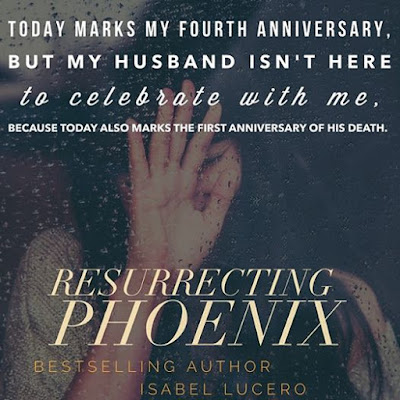 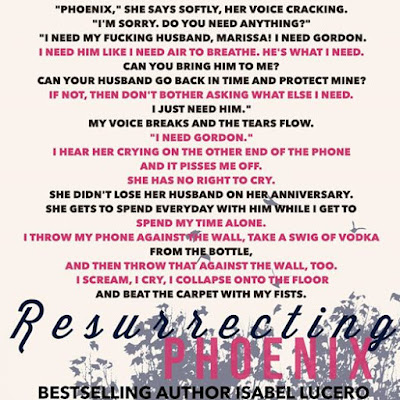 “Let me take your picture. There should definitely be documentation of this.”

He uses his finger to touch the camera photo in the corner of the screen and pushes up to open the app. Turning the phone horizontally, he starts taking photos.

“How do I look?” I ask, feeling self-conscious.

“Carefree, happy, and beyond beautiful. You’re really a vision, Phoenix.”

My smile appears, the one that seems to always be present when I’m with Evan. I tuck a piece of hair behind my ear as I look up and into Evan’s eyes. He snaps a few more photos.

“Okay, come take one with me now,” I say, not wanting to be the sole focus of all the photos.

He comes to me at once and stands behind me, stretching his arm out in front of us and takes a few pictures. His free hand is on my hip, finding a place between the material of my shirt and the top of my jeans. I begin to laugh as the soft touch of his hand on my skin tickles, and then I feel his lips on my cheek.