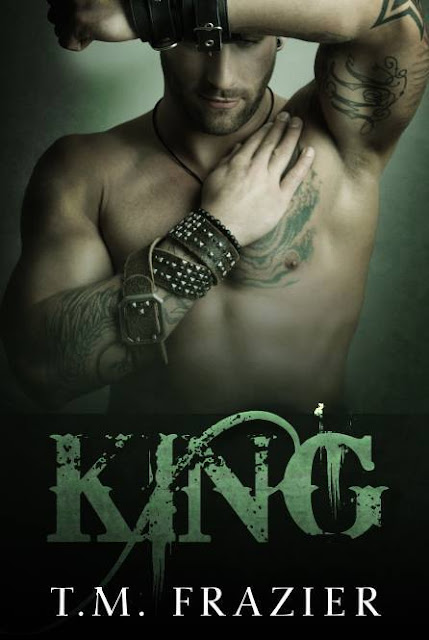 “I hate the way you made me feel. Well, most of the time.” I spat. I was tired of dancing around the truth. “I hate the confusion you bring into my already confused life. I need this back and forth shit to end.” I took a deep breath. “I can’t take it anymore. You like me. You hate me. You like me. You want to kill me. You want to fuck me. You want me to stay. You want me to live.  My head is fucking spinning over here.” My buzz faded faster than the setting sun. "You should leave. I don't want you here," I added.
"I know. I don't care." King said.
"Oh, I’m fully aware that you don’t care. That I know.”
"You don't know shit, Pup." King barked.
"Oh yeah? So you didn't just spend the entire night at the carnival all over me, saying sweet shit to me, making me feel like this stupid thing between us is something more than just a stupid thing, only to whip out your dick with someone else the very first chance you got? Go back to the fucking house, King. Go back to that girl. I hope she's everything you wanted.”
"I can't," King said evenly.
"Why not? Seemed easy for you before."
"Because, Pup, I can’t because I don't want to. No matter how hard I try to fight this, I'm drawn to you. You think I like this back and forth shit? You think you’re the only one who’s fucking confused here?" He shook his head like he couldn't believe the words that were coming out of his mouth. "I'm drawn to you," he repeated turning my chin up to him.
“What do you expect? Am I supposed to fall at your feet and thank you for being ‘drawn to me’?” Not only was he confusing, he was fucking infuriating. "Drawn to me? You're drawn to me! Well, let me just take off my fucking panties then, and let's do this shit. Yeah, you were really drawn to me. Tell me something, KING. Do most first dates end with the guy getting sucked off by another girl? I mean, I've never been on one, so you tell me. I could be wrong here. Because if the answer is yes, then this date has gone fucking swimmingly!"
"I'm...FUCK! “You think you know everything but you don’t. All you do is run those pretty lips of yours and expect me to be able to just give into you!” King threw his hands up in the air. “You make me fucking crazy, you know that!" he shouted.
"I make YOU crazy? How the fuck do you think I feel? Most of the time I don't know if you want to kill me or fuck me!" I screamed, every single word he spoke ignited my anger until it wasn’t something I could even begin to hold back.
King had the audacity to actually smile. He leaned forward and whispered seductively against my cheek, "Can't I want both, Pup?"
I pulled back and stood up.
"NO! You can't! And stop calling me, Pup. It's a stupid fucking name. I'm not your fucking pet!"
I paced the dock. My rage was at a boiling point I couldn't turn off. This was his fault. He’d made me into this lunatic.
King stood and grabbed my face with both hands, forcing me to look at him. "Yes you are," he said, as he lowered his lips and brushed them softly against mine in a move so gentle, so unlike him, it took me a few seconds before I registered what was happening.
Then, my anger returned, in full force. Using both my hands, I pushed against his chest until he had no choice but to release me.
"Fuck you! You don't want to keep me!" I shouted over my shoulder as I made my way to the front of the house and started down the gravel driveway. "Do you think I’m stupid? You wouldn't be getting your jollies while I'm in the next room if it was me you wanted."
A large hand grabbed my shoulder and spun me around.
"Let go of me!" I shouted.
"Listen, Pup. I’ve tried it your way. I tried gentle just now, but you didn't listen. Now, we're going to do it my way, and you're going to fucking listen. Don't make me have to cuff you again." He warned. 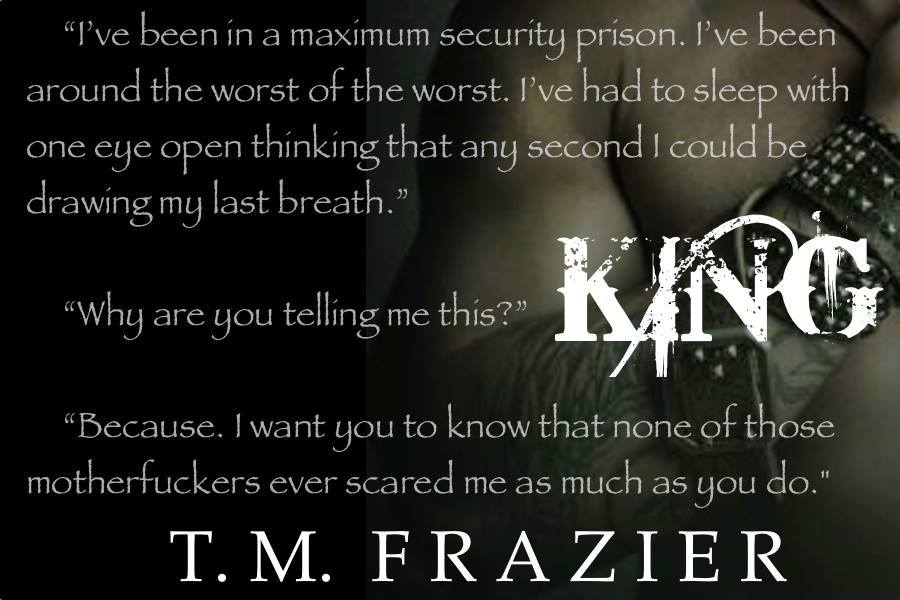 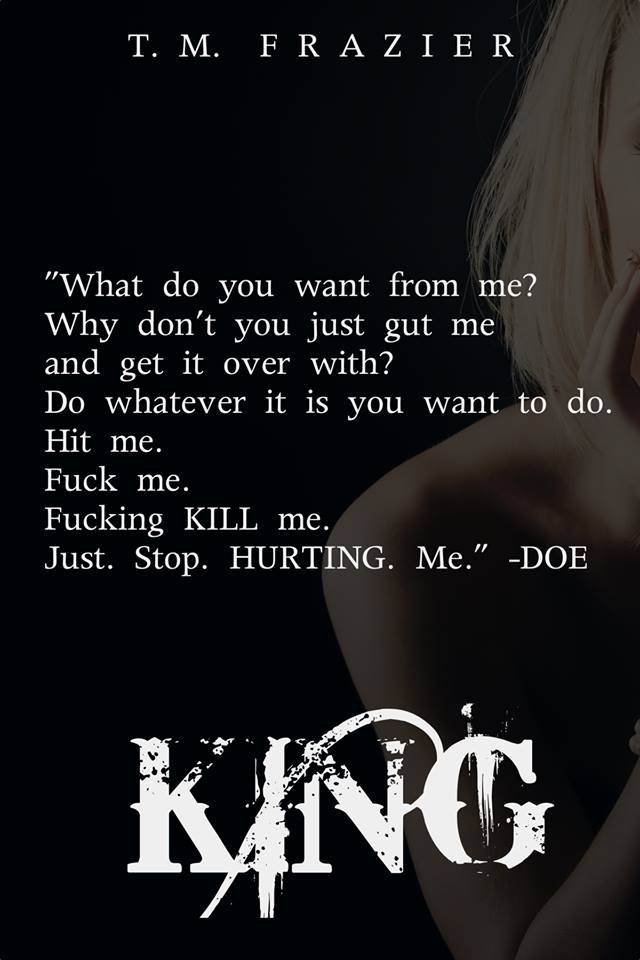 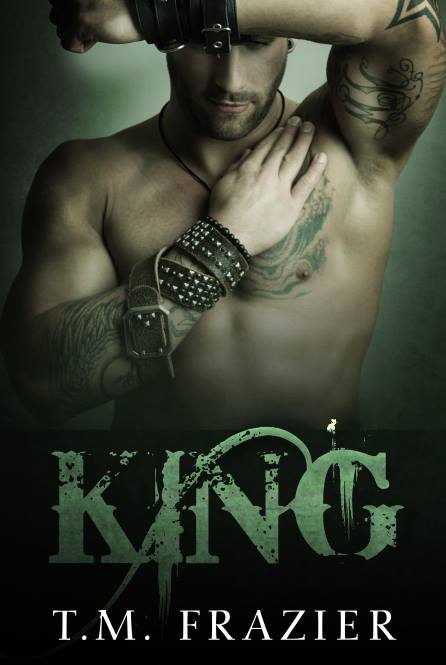 Blurb
Homeless, hungry and desperate enough to steal, Doe has no memories of who she is or where she comes from.


A notorious career criminal just released from prison, King is someone you don’t want to cross unless you’re prepared to pay him back in blood, sweat, pu$$y or a combination of all three.


King’s future hangs in the balance. Doe’s is written in her past. When they come crashing together, they will have to learn that sometimes in order to hold on, you have to first let go.


Warning: This book contains graphic violence, consensual and nonconsensual sex, drug use, abuse, and other taboo subjects and adult subject matter. Although originally slated to be a standalone, KING is now a two part series. 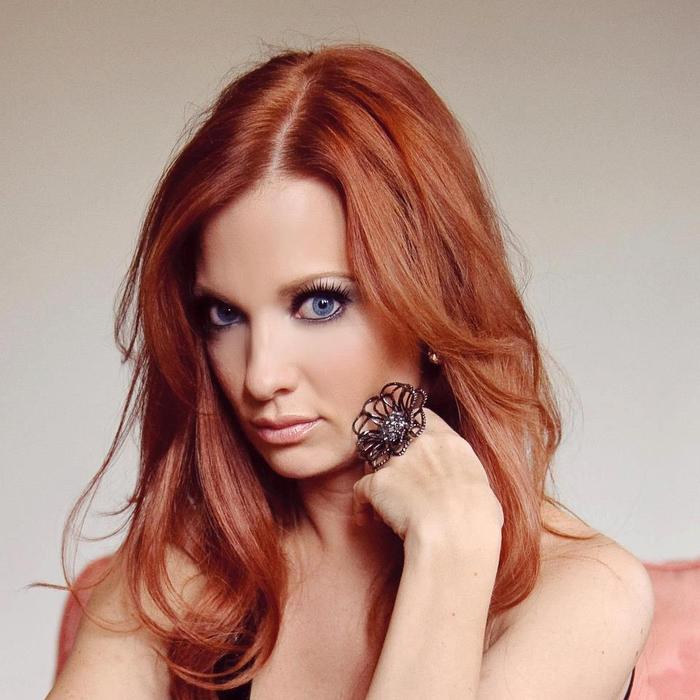 
She attended Florida Gulf Coast University where she specialized in public speaking. After years working in real estate and new home construction, she decided it was finally time to stop pushing her dreams to the back burner and pursue writing seriously.


In the third grade she wrote her very first story about a lost hamster. It earned rave reviews from both her teacher and her parents.


It only took her twenty years to start the next one.
It will not be about hamsters.