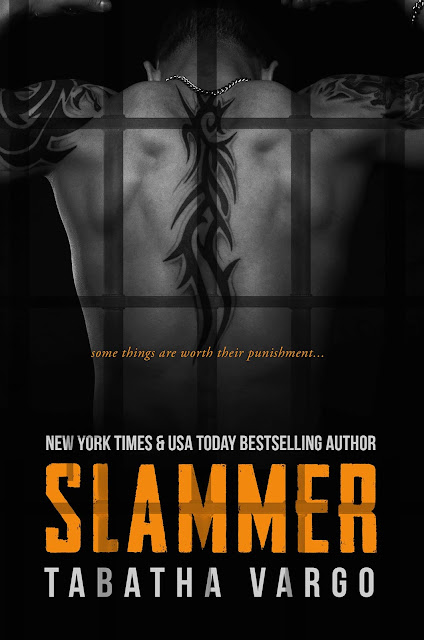 The last place Christopher Jacobs, aka X, thought he’d find himself was behind bars. Ten years later, the boy he used to be is gone. In his place is the shell of a man with murder under his belt. Any emotion he once had was left under the gavel when he was given life in prison. That is until the new nurse in the infirmary joins the block.
Putting your hands on a prison employee will get you the hole, but some things are worth their punishment, and something tells him Lyla will be worth more than he bargained for.


Lyla Evans isn’t sure about her new job at a maximum security prison, but showing uncertainty and weakness isn’t an option. Taking care of murders and rapist isn’t ideal, but survival is key. She’s warned ahead of time about a prisoner named X, but when she’s attacked, it’s the dangerous X that saves her. Fraternizing with the prisoners is forbidden, but sometimes the most forbidden things are the sweetest.

Do you love great romance? Where the couple fall madly in love, can't keep their hands off each other, and do all the things that lovers do?
Well go hop on your unicorn and tell him to double time it running on the rainbow back to Candyland and pick yourself up another book on the way. This shit ain't for you.
This was given to me as an ARC for an honest review and honestly I never saw it coming. Lyla Evans is a nurse stuck taking a job in a maximum security prison just because she needs money. There she meets one of the most dangerous criminals ever to be incarcerated in the facility; Christopher Jacobs. AKA, "X". As their meetings become routine, feelings develop. Not much in prison is as it seems (who knew!) and on top of all the vulgar things said to Lyla by the prisoners, and behind her back by the CO's, there has been a price put on her head. When X finds out he swears to himself to do everything he can to protect her. I'm not saying much more because I don't want to ruin it.
So my synopsis is this, it grabbed my attention from the first page because it begins at a gruesome crime scene. The storyline is good, the character build up is good. There's some things that gave me an "oh come on!" moment. You'll find out which ones when you read the book and realize even with the curtain closed you can't hide what you're doing in there when there's other people in the room. There were some grammatical and spelling errors in it, but since it was an ARC, and the author has yet to get it fully edited, I'm not holding that against the author and using it in my rating. I say it's worthy of a 4 - 4 1/2 star rating in my opinion.
This is not a sweet book. This is not a relationship with a HEA. So if crude talking prisoners, corrupt prison employees, and the occasional ass raping doesn't bother you, you should probably pick this one up. The end will slap you cross yo face harder than yo momma did the first time you yelled the "F" word when you fell off your bike after the training wheels were removed.

Slammer is the story of Christopher Jacobs aka "X" and Lyla Evans. X has been in prison for the past 10 years, convicted of a double homicide. He has no recollection of the events of the homicide, but pled guilty to the charges, believing he is guilty of the crimes. Lyla is a nurse, who has just started working in the infirmary at the prison where X is incarcerated. X immediately doesn't like Lyla, believing she is too soft to work in the prison setting. Lyla is wary of X because of the stories she has heard of the circumstances surrounding his incarceration and his reputation within the prison.

What eventually develops is a sort of friendship, which then turns into a more substantial relationship. Lyla believes X is innocent of the crimes he's convicted of and begins digging into the circumstances of the case. Some of the information Lyla uncovers upsets some pretty powerful players, and her life is jeopardized because of it. X becomes more of her protector, but Lyla isn't the only one who's in danger within the walls of the prison.

There are scenes that are quite brutal, so if you can't tolerate that, this might not be the book for you. When the final story unraveled, I was shocked by the turn of events. The epilogue was especially chilling for me. The story was well-written and kept me intrigued through out.

Shanda- 4.5 Stars
I really didn’t know what to expect from reading Slammer but it did surprise me. I assumed it would be dark since it is sent in a prison but it was ugly. I was intrigued on how the author was going to pull off a love story in a prison. This is the story of Christopher Jacobs aka “X”, a man who has been behind bars for ten years, and Lyla Evans a new nurse at the max security prison X is in.
X was convicted of a double murder that he doesn’t remember committing, but he believes he is guilty. He is dead inside and greatly feared inside the prison. Lyla’s’ arrival angers him because he is scared for her and just wants her gone. Lyla is wary of X because of how he acts towards her but she is drawn to him and they develop a friendship. As the story progresses and they get to know each other they form a friendship that leads to more. X and Lyla were scorching hot together, and if you are wondering how they achieved this in prison I won’t spoil. I will say this part was a bit unbelievable for me, how they went about it was risky and made me roll my eyes a little, but I was caught up in the hot sex and for the sake of the story I went with it. I liked both Lyla and X, Lyla did things at times that made me question her common sense but for the most part I liked her. X broke my heart, I felt for him struggling to understand how he could be such a monster.
In an effort to leave this spoiler free I will say the story kept me glued to my kindle. It was violent: what you imagine happens in prison does happen in this book and it was BRUTAL! It was sad: I cried in one scene towards the end. At times the story was hopeful but bottom line it is dark, bloody, and most of all unfair so be prepared. The last 20% of the book had me riveted and the ending was a mindfuck. IT GAVE ME CHILLS!
Well done!