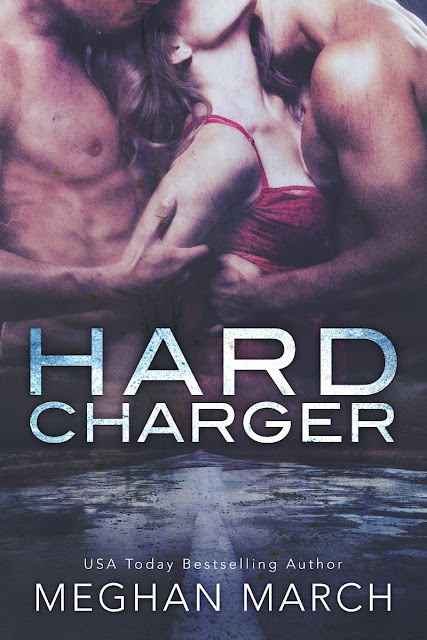 Lia has known true darkness—and not just because of the power grid failure nine months ago. She has faced evil and emerged a survivor. Now if she could just make the two men she wants see her as whole and not broken … maybe she’d have a chance at the future she’s determined to claim.
Cam and Travis have been brothers-in-arms since their days as Force Recon Marines, and there’s nothing Cam wouldn’t do for his best friend—except let him have the woman Cam’s been patiently waiting for. But when Lia shocks him by saying she wants them both, he has the decision of a lifetime to make. Lose the girl, or lose his best friend.
In a world where nothing is certain, can three people find their way to love?
*Warning: This book includes two sexy as hell Marines, one strong woman determined to have them both, and a whole lot of sex—the dirty kind. Proceed at your own risk. 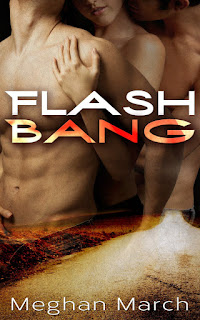 Rowan Callahan is a career-climbing slut. At least according to the vicious—and false—rumor that is destroying her professional life. But a little thing like her career as an attorney ceases to matter when a plane crashes in downtown Chicago and the entire city goes dark. Her unconventional upbringing makes her suspect the worst: she’s just witnessed the kick-off to the apocalypse. Armed with a backpack of supplies, she leaves Chicago, intent on resetting her skewed priorities and seeking shelter at the family farm with her father and sister. She’s injured and running for her life when she stumbles directly in the crosshairs of two men who just might be her salvation . . . and her greatest temptation.
Graham Buchanan and Zachariah Sawyer are best friends and brothers-in-arms who have been indulging in ménages since before their Force Recon team served in Iraq and Afghanistan. They’ve hung up their uniforms to build a new life for themselves and their team at Castle Creek Whitetail Ranch—a rustic deer hunting preserve that covertly doubles as a doomsday prepper’s paradise. They thought they were prepared for anything until Rowan comes crashing into their lives. Graham and Zach are convinced she’s the one woman who can handle them both, but she has no intention of deviating from her carefully laid plans for longer than it takes her to recover from her injuries. So they propose a deal: they’ll provide her an armed escort home, and in exchange, she’s theirs until they part ways.
It was the perfect plan; except once they've had her, they can’t let her go…

In case you didn't read FB, it's about a girl rescued from some crazy men living in trailers and taken to a hideout, where she meets several ex-military men. She's afraid of every one of them, besides Cam. Later on, Cam's best friend, Travis.

While in FB both heroes were determined to make Ro theirs, almost from the moment they met her, here it's different. Cam likes Lia; Lia likes Cam, but Lia also likes Travis. While Cam and Travis are best friends, Cam doesn't want to share Lia. So, it seems there is an impasse.

Of course that this one's shorter but no less hotter, if you ask me. Not as deep as FB, but still a good read and fast-paced. We also get a glimpse of what *may* come later and I DO hope we get more because I like these characters.

***Copy given in exchange of honest review***


I like books with menage scenes in them, but only if it doesn't escalate into a love triangle. Then, I'm out. I don't do love triangles.

But, luckily, that is not the case here. Thank God.

I have to say, I know Meghan can write some hot scenes but holy mother, these were really hot!

Our heroine, Rowan, is having a pretty bad day when the end of the world starts. It's not zombies or a diseases but different. I wasn't expecting that one, but seems more plausible than zombies, hah.

She's had a certain upbringing, so she's a girl prepared for pretty much anything. With nothing to lose, she's off to her family because in bad times, you have to stick together.

Things don't go as planned and she stumbles upon a resort-turned-hideout, where she meets several ex-military men. Their leader, Graham and his best friend, Zach, are immediately attracted to her and want to make her theirs. Yup, two hot alpha men, one lucky girl.

My fave was Graham. He was the moody one, more intense. I also think that maybe the author favored him, as well.

It was a pretty good story, it had its intense moments, the what-now moments and hot ones. I also held my breath at the end.

I should have read it sooner. 4.5 stars.

***Copy given in exchange for honest review*** 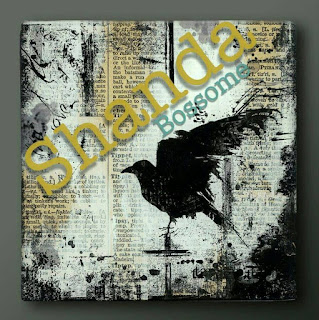 Hard Charger is a novella set in the Flash Bang world. Lia was rescued in Flash Bang from a group of creepy inbreds. You know Lia had a horrific experience but I would have liked glimpses into her more. Cam was the person that rescued her and the one she has felt a connection and felt safe with. She is also starting to develop feelings for Cam’s best friend Travis. In an effort to put her past behind her she decides to dive in head first and tells them she wants them.

Cam struggles with this because he loves Lia and doesn’t know if he will be able to share her. After talking to his friends and Travis he decides to go for it. He doesn’t want to miss his chance with Lia even if it means letting Travis in. Cam and Travis were great with Lia sweet, patient, and determined to put her first. This was a super-fast paced read; it was sexy and sweet and catches you up with the rest of the gang. I loved Erica she was hilarious and I wouldn’t mind reading about her meeting her match. I am still curious about Beau finding his HEA too.

4 stars, copy given in exchange for honest review.

The story starts with a plane crash in downtown Chicago causing the entire city to go black. Rowan Callahan sees a potential apocalypse starting and she knows she needs to find her family. Trying to stay off the grid, and raised by a father that taught her to be prepared, she loads up with supplies and heads out on foot to find them.

After getting injured and running from some scary and creepy inbred freaks she runs into Graham and Zack. G and Z are best buds and brothers in arms. They are now living on a ranch that also doubles as a doomsday type facility along with their fellow comrades. I loved that Graham was a bit tortured and Zack was the fun loving guy. Rowan was a pretty strong character but she of course was stubborn and didn’t listen to anyone.

I think the character development suffered a bit because they headed into the sexy times right away. I would have loved to learn more about what was going on in the world around them. I didn’t get why the assumption was made on Rowan’s part that the end of the world was near. I think more info about the doomsday stuff would have helped. The story stays within the super camp and centered on the three. Now the hot scenes were smoking hot but I felt a disconnect somewhere with the three of them so the “in love” feelings came on too fast for me.

I did love all of the side characters and I would love to learn more about Beau. I don’t know what it was about him but he seemed kind of mysterious to me. All said this was a fun read if you love smoking hot sex scenes and alpha males taking charge you will love this.

Copy given in exchange for honest review. 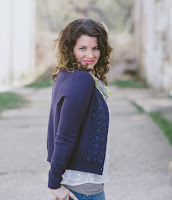 Meghan March is the author of contemporary and erotic romance novels.
Meghan March has been known to wear camo face paint and tromp around in woods wearing mud-covered boots, all while sporting a perfect manicure. She’s also impulsive, easily entertained, and absolutely unapologetic about the fact that she loves to read and write smut. Her past lives include slinging auto parts, selling lingerie, making custom jewelry, and practicing corporate law. Writing books about dirty talking alpha males and the strong, sassy women who bring them to their knees is by far the most fabulous job she’s ever had. She loves hearing from her readers at meghanmarchbooks@gmail.com.