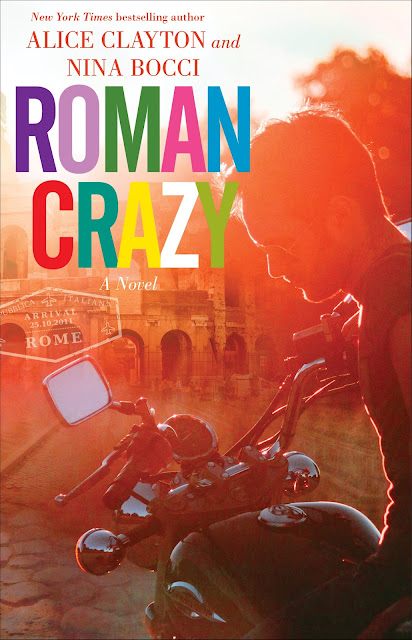 Avery Bardot steps off the plane in Rome, looking for a fresh start. She’s left behind a soon-to-be ex-husband in Boston and plans to spend the summer with her best friend Daisy—away from home and licking her wounds…and perhaps a gelato or two. But when Daisy, an American expat now living in Rome, throws her a welcome party on her first night, Avery’s thrown for a loop. She falls, quite literally, at the feet of a man she never thought she’d see again: Italian architect Marcello Bianchi.

Marcello is a man from her past—the man, the one who got away. And now her past is colliding with her present, a present where she should be mourning the loss of her marriage and the life she once had and—hey, that fettuccine is delicious.

And so is Marcello…

Avery slips easily into the good life that is summertime in Rome. She spends her days exploring a city that would make art historians swoon, and her nights swooning over a whirlwind what was old is new again romance. It’s heady, it’s fevered, it’s wanton, and it’s crazy. But could it really be her life? Or is it just a temporary reprieve before returning to the land of twinset cardigans and crustless sandwiches?

Find the Authors at: