5 Reasons You Should Read Fallocaust Series by Quil Carter

5 Reasons you should read Fallocaust Series by Quil Carter

Reason #1
Reaver, aka The Raven, aka The Darkness ((aka Chance)).  I don’t think I have ever met a more badass character in my life. He’s pretty much an emotionless machine who does what needs getting done in a world where half the people and animals are mad with radiation disease. He takes no prisoners and doesn’t mess around. Well, until he meets Killian, of course. Which in turn makes him a bit of a conundrum. 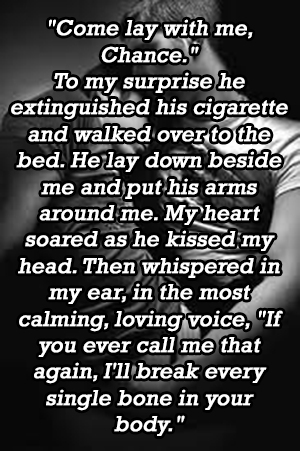 Reason #2
Elish Dekker, Prince of Skyfall. He is such a complex and intellectual character. I feel like he holds all the cards and has a poker face to rival the best of them. He is VERY hard to figure out and that alone is a reason to love, hate, and fear him. You can see his story in the companion novel; Breaking Jade. 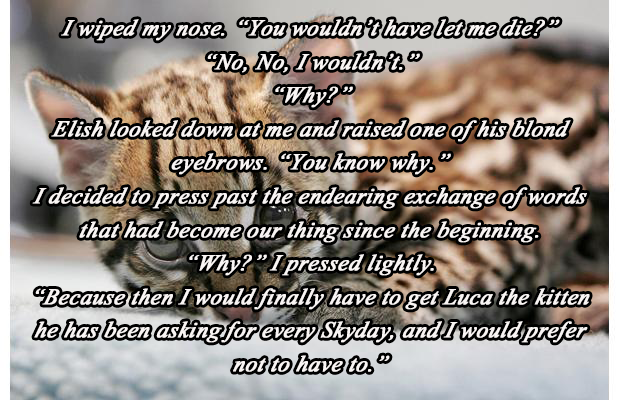 Reason #3
This ain’t your children’s dystopian story. Forget what you saw in The Hunger Games. This is the waaay more grown up version that will make even the most iron stomach squirm. It’s like THG and Mad Max but way more grown up and on steroids and meth. I think if a "end of the world" situation were to happen, this would be what it is really like, well minus the PNR aspect, but the rest I feel is spot on. This world is so addicting, just like the black tar heroin and opium cigarettes, once you start, you won’t be able to stop. Hang on to your hats, folks, you’re about to be taken on the most *ucked up ride! 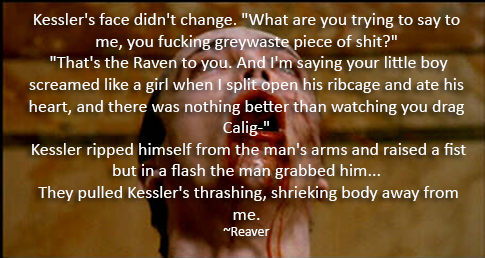 Reason #4
Chimeras, or lab created super humans, made from the blood of the King and science. King Silas creates them for certain purposes and they’re given special enhancements to fulfill their roles. There are brutes for protection, intellects to help run the new world and labs, demons, empaths, and the “perfect partner”. All that are created must be made in a certain image, as the King likes them beautiful, and they are as dangerous as they are beautiful, so you never cross one. 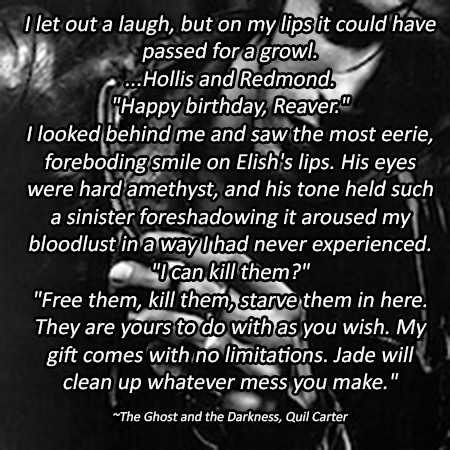 Reason #5
Reno Nevada aka Otter. In all the dark and terror and war, he is a beacon, his attitude and fun nature is a breath of fresh air. He brings a comedic relief in a world where you’re only goal is to survive. I think this series really needs that, because it is so dark and gruesome and stressful. He really makes this series for me, as he balances that out. And of course, Killian, aka KilliCat. He also was a shining beacon in a world of dark, but after leaving the somewhat cushy factory town has been tainted by the Greywastes and what it can do to a persons life. He is still the light to Reaver’s darkness though, and I think they round each other out as a whole. Of course there isn’t rainbows and sunshine, but it’s enough to give you hope in this cruel new world. 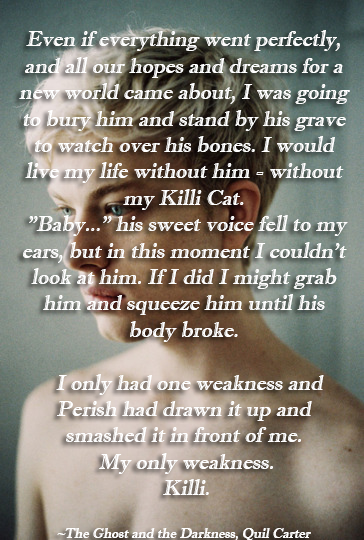 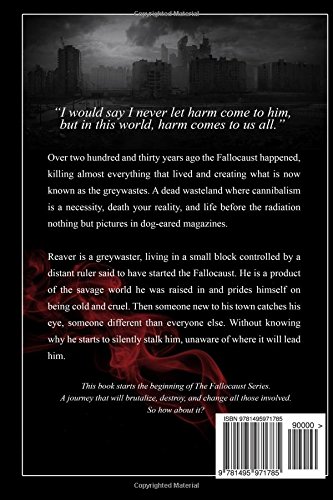 ((Bonus Reason))
All of these titles are on Kindle Unlimited and they are sooo worth the money. The amount you pay for the month will more then be made up for by this series alone!! Some of the novels are over 800 pages, so you really getting the bang for your buck! and an awesome series to boot!!

I really hope that's enough reasons to get you to try this series! LOL
It is an MM series, so expect a lot of man on man action. King Silas wouldn't want it any other way! ;)
Reading order and Links

The Ghost and The Darkness Vol. 1 Amazon US
Amazon UK

The Ghost & The Darkness Vol. 2 Amazon US
Amazon UK