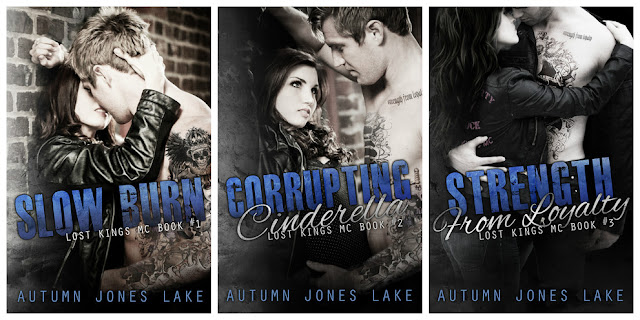 If you're familiar with MC books but not with the Lost Kings MC series by Autumn Jones Lake, you have no idea what you're missing out on! People are saying it's the love child of Sylvia Day's Crossfire series and Sons of Anarchy. I'll admit, I haven't read the Crossfire series, but I have seen SOA and well, LOKI is so much better. Let me give you five reasons why.

#1. The writing style. Yes, it's important because what I noticed is that, more and more MC books try to be the grittiest out there; every book is trying to be the dirtiest, with the biggest shock factor. Which is why so many of them fail. Before you say I'm being subjective, let me tell you that I've heard countless other readers complain about this. But the LOKI books aren't so much about the shock factor, but about being as realistic as possible. Hope and Rock are complicated; their relationship is complicated and it's not one to be wrapped up in a bow, hence why it spans three books, not one. But you're pulled in because the writing is that good, and you keep on turning the pages, to see what happens next.

Which leads me to...

#2. Twists and turns, baby. So many of them, you're left reeling. No, there's not a lot of drama, but just the right amount. Hope's a lawyer, Rock's an MC president. What do you think, roses, unicorns and fairies? Nope. None of them. Real factor, remember?

#3. The men. The LOKI MC members. You won't find two characters alike. Sure, they have things in common, like their love of breaking society's rules but following the MC's; their love of just riding their motorcycles and loving their women and protecting them, fiercely. Loyalty. Brotherhood. One's more hotheaded than the other; one's bigger and badder; a couple are laid back, and then you have the man-whores. But you can't help but love them all.

#4. The women. Hope and Trinity are so different, they grew up in different circumstances; led totally different lives. Yet their lives meet, at one point and the love they have for their bikers, their family binds them together. We see both of them grow, with each page, with each book. I can't tell you how hard it is for me to find a female character that I love.

#5. Wrath. Wyatt 'Wrath' Ramsey deserves to be a reason because I swear, he's perfect. He's this big, bad, gruff biker that scares the hell out of everyone. He's a fighter - both literally and figuratively. He's a beast. But with Trinity, he's the exact opposite and you can't help but melt whenever you're reading a scene about the two of them. Yes, their book was one hell of a ride - you can say it was the ugly side of the fairy tale - but the HEA started for them and I hope to read more about them soon.

There you go, I hope these will make you curious. They're too awesome not to be read. I'm grateful that Shanda convinced me to try book one. I was weary of MC books after a few fails. But you know it's a favorite series when you reread them and can't wait for the next one, even though it's going to kill you. 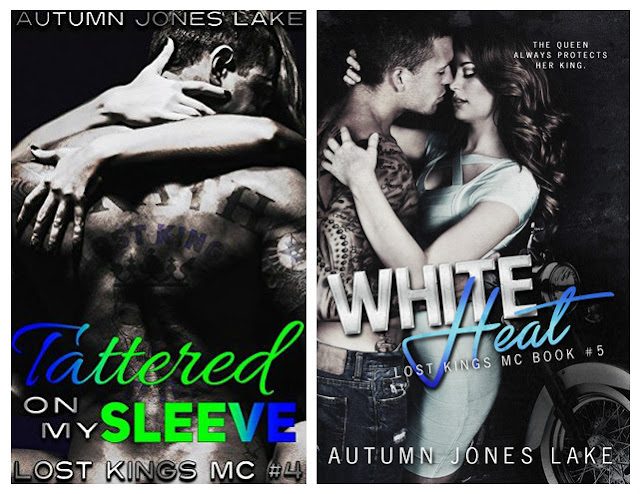