Reviews Down to You + Up to Me, Bad Boys series by M. Leighton 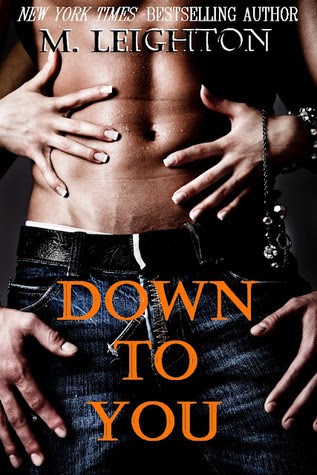 When college student Olivia Townsend returned home to help her father run his business, she never imagined a complication like Cash and Nash Davenport - twin brothers different in so many ways but with one thing in common: an uncontrollable desire for Olivia.

Cash is dangerous, sexy, and bad to the bone - a man whose kisses make Olivia forget she is playing with fire. Nash is successful, reliable and intensely passionate - and already taken.

But Olivia is in for a surprise. These boys have a secret that should make her run away as far and as fast as she can. If only it wasn't too late. A sensual game between three players has begun, and it's about to spin deliriously out of control...

I have to say, a reread of this book is not making it less awesome. I loved it the second time, as much as I did the first. Maybe more, already knowing what's going to happen. This time around, I got to observe things I missed before.
Olivia meets Cash Davenport in a funny yet sexy way. I was a goner for him as soon as he folded his muscled arms at his chest and arched a brow in a challenging way. Really, I don't blame Olivia for falling for him. Nope. Not this girl.
But, you see, Cash Davenport is bad news. Why? Because he's a bad boy. He's not one to have a relationship, outside of a bedroom. And Olivia has had enough of those and her heart broken plenty of times so, she steers clear of Cash. And then she meets his twin, Nash Davenport. And he's everything that Cash isn't and everything that Olivia wants and needs in her life. There's only one problem and it's kind of a big thing, one that makes Olivia feel bad for liking and wanting him so much. But when Nash stops fighting his attraction to her, things kind of change.
Olivia is equally attracted to both Cash and Nash and she's having an internal war, not knowing what to do. Cash offers her a bedroom-only thing but she wants more.

“Is that what this is about? You think I'm sleeping with Taryn?"
"Of course I do! I'm sure it's no secret !"
"Why do you say that?"
"Well, first of all she's gorgeous and--"
"You're gorgeous."
"And she flirts very openly with you."
"I wish you'd flirt very openly with me.”

As I said, I love the book. I love Olivia, she's not your usual love-triangle heroine, i.e. the bitch one, the one to toy with two guys' feelings. Of course, this really isn't your usual love-triangle either so there you go. Cash is swoon-worthy and so is Nash. Olivia's cousin is a cold bitch. Olivia's BFF is a crazy one. I really love a crazy BFF, they add a certain something to the story. More humor, maybe.


“Ah-ha! I knew it! Penis problems.”
“Well, it seems that the cause of some of my problems happens to have a penis. Well, two actually.”
“Oh sweet Mary! You’re dating a guy with two dicks?”
“Ginger, no! It’s about two different guys.”
“Oh,” she says, obviously disappointed. “Damn. That woulda been kinda cool.”

I'm just going to say one thing. There's always more than meets the eye. You can never place anyone as a certain type and appearances may be very deceiving. If you read this one, be sure to grab the second book, Up to Me, as well. One, because it's as good as Down to Me and two, because the first kind of ends in a cliffhanger. A small one. I mean, To be continued... surely is a tiny one.
Five stars for the blond, dark-eyed sexy mofo that can make me swoon and this book.

“Are you paying me a compliment? I just want to be sure, so I don't miss it."
"You make it sound like I'm mean and horrible because I don't throw myself at your feet."
"You don't have to throw yourself at my feet. Although if you want, I'm sure I can think of something for you to do while you're down there.” 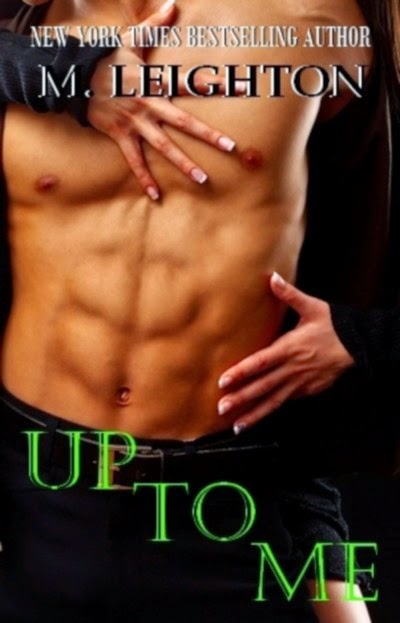 For Olivia, romantic bliss has never felt so right as it does with Cash. Unpredictable, except when it comes to satisfying her desires, Cash’s bad boy reputation is well-earned, but he’s turning his life around with the one woman who accepts him for who he is.

Until strangers from the past turn Olivia and Cash’s world upside down. What they want is something only Cash can give them. And if he doesn’t deliver, then they’re taking the one thing that Cash values the most.

Olivia always knew that in falling for Cash she was likely to get burned. But this new threat is beyond anything she imagined. Now she has to trust Cash with her life—and for Olivia that’s much easier than letting go, and trusting him with her heart.

***Read this review only AFTER you've read Down to You. There may be spoilers***

“Do you know how hard it was to let you work tonight? To know that I can’t touch you or kiss you or even watch you?” he pants against my open mouth. “All I could think about was what you look like naked and the little noises you make when I stick my tongue inside you.”

Holy Moses, Cash Davenport could turn a saint into a sinner. A nun into a whore. I think you get the picture. Really, I've been smitten since the very first arch of his brow. The man walks the walk and talks the freaking talk.
We all know how Nash was in fact Cash impersonating his twin brother, in order to help his dad get out of prison and put the bad guys there. Well. Be ready for a nice surprise. One that resembles Cash Davenport but he's much more rugged, dangerous and totally badass. Even at the second reading of this book the impression hasn't lessened, the impact was the same. These Davenport brothers are something else, lemme tell you that. Oh and add Cash's BFF to the equation. Too. Much. Hotness. You don't believe me? Read the book and you'll see.
But let's see what happens in this part. Not only do the dead come back to life but there are all sort of complications and things going down. Kidnappings. Cold-hearted mothers thinking they have a right to tell their daughters what to do. Bitchy cousins having an epiphany and changing their ways. Oh and then there's the sex. Like really, it. Gets. Hotter. Again, I urge you to read. I encourage you.

“Never in all my wildest dreams did I take you for a foursome. With triplets, no less!”

We can't forget the crazy BFF. Ginger makes an appearance. A short one but no less memorable and funny.

Five drop-your-panties stars for Cash, er, this book. And well hell, I didn't plan on rereading the third one, as well, but yeah, it's a little bit of Cash in there and a whole lot of Nash. 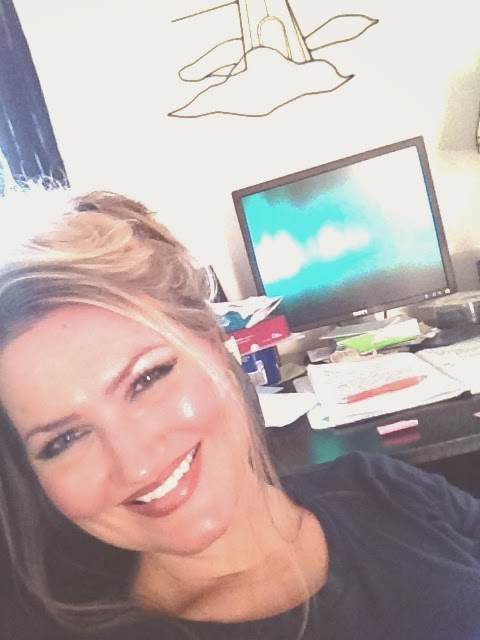 I was born and raised in the United States, and I’ve lived in several of the fabulous fifty. Though I currently live in the deep South, I spent much of my childhood up North and hope to return there one day. A few other things about me: I believe that sometimes you have to look really, REALLY hard to find the good in people, but it's there. I believe that I'm shrinking (I swear five years ago I was two inches taller). I believe my husband is quite possibly one of the most amazing men in the entire world (I can't be sure because I haven't met all of them). I believe coffee and chocolate, when combined, could be the basis for world peace. I believe that Jesus rocks and communism doesn’t. I believe that white makes me look fat and black collects lint. I believe summer's too hot, winter's too cold and fall was made for football. I like dogs better than cats and the first movie in a trilogy is invariably the best. But most of all, I believe that love conquers all.