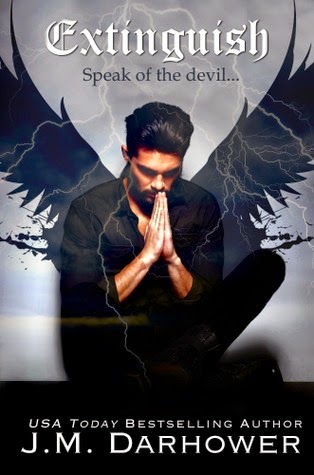 Serah always believed the world around her was perfect. As a Power, one of the warrior angels, she has spent her existence defending the innocent from evil. After tragedy strikes, tearing Serah's brother from her life, she's given the task of stopping the approaching apocalypse before it's too late.

Only one thing, though: she has to venture to Hell to do it.

Lucifer—or Luce, as he prefers to be called—has been biding his time in Hell, longing for revenge against those who oh-so-easily cast him into the pit. When the heavenly beauty shows up at his gate, he's just as captivated by her presence as she becomes of him. The attraction between them is palpable, and Serah's willpower slowly slips. How can this charming creature, this scarred Archangel, be the one annihilating the world she so loves?

As the war wages on, the world entwined in chaos, Serah starts questioning everything she ever knew. When the light and dark, hot and cold, finally collide, she has to make a choice—a choice that sets her world on fire, black and white exploding into colorful flames.


Serah has questions. She wants answers.
Luce just wants to play a game.

I've had this book for a few months, now and so far, I loved almost everything I read by J.M. Darhower. In the mood for PNR - I love angel stories - I started it. It pulled me in, from the very beginning. Ms. Darhower seems to have this effect on me. It happened with Monster in His Eyes, it happened with Made.

He's right. He, being Lucifer 'Luce'. Yes, THAT Lucifer. As in, Prince of Darkness, Satan etc. While you may think this is a typical angel-falls-for-the-devil story, it's not. It's more than that. It puts certain things into different perspectives. He basically opened Serah's eyes; he made her feel.

"And even if I could hurt you, I wouldn't... but there is something else I would do, something possibly even worse."
Her body tensed. "What?"
"Keep you."

While the Archangel Michael and the rest of the angels blame Lucifer for Serah succumbing to him; for not resisting temptation, it wasn't quite his fault. I'm not saying, it was, in part, but everything started changing for Serah when she lost her brother, Samuel. That triggered something in her, and dear ole Luce just took advantage of that.

I'm sitting and wondering, 'How can J.M. Darhower make me fall for her bad guys?' 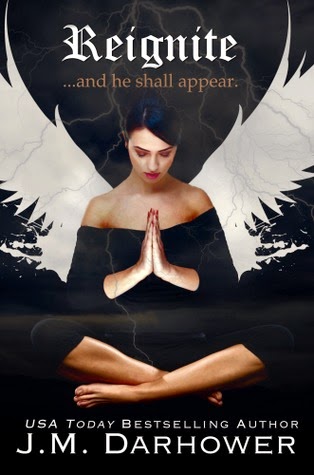 The moment the short-lived apocalypse came to an end, life returned to normal. Mortals continued on with their oblivious existences while the earth healed and flowers again bloomed, the devastation instantly wiped away. It was as if it had never happened.

Luce knows. He’s cursed to remember every moment, forced to live with everything he has done. Suddenly finding himself out of confinement, he’s faced with a decision: where to call “home”. Free will turns out not to be the freedom he expects when the only thing he wants doesn’t know he exists.

Serah woke up with no memory of where she came from or who she was before that moment. Struggling to adapt to the world as a mortal, she’s haunted by a set of bright blue eyes that always seem to be watching her. She can’t shake the feeling that he could be her salvation… if only she can remember him before it’s too late.

Lucifer didn’t fall from Grace alone. He’s not the only angel with a grudge, nor is he the only one fascinated by his beautiful mortal.

The road to Hell is paved with good intentions...

"She wasn't supposed to mean so much to him."

That is true. Yet, she did. Granted, she didn't remember anything, but it was for the best.

Or so they thought.

"(...) looking at her, he wondered if maybe Paradise was to be found in a person and not a place."

This time around, Lucifer wasn't the bad guy. Things took a turn I wasn't expecting but I was cheering for it.

When all was said and done, battles were fought and won/lost, there was a little bit left of the book but no HEA in sight. I refused to accept a non-HEA. After all, Ms. Darhower never disappointed, when it came a HEA!

"(...) I'd take an eternity in your Hell before I took a single second in my Heaven without you."

4 1/2 stars. I really did love the outcome, the twists and turns on beliefs and religious views. 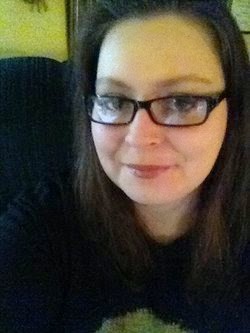 Monster in His Eyes Series

Monster in His Eyes
Torture to Her Soul

By Any Other Name