The Fifteenth Minute by Sarina Bowen ~ Reviews by Stephanie and Amy 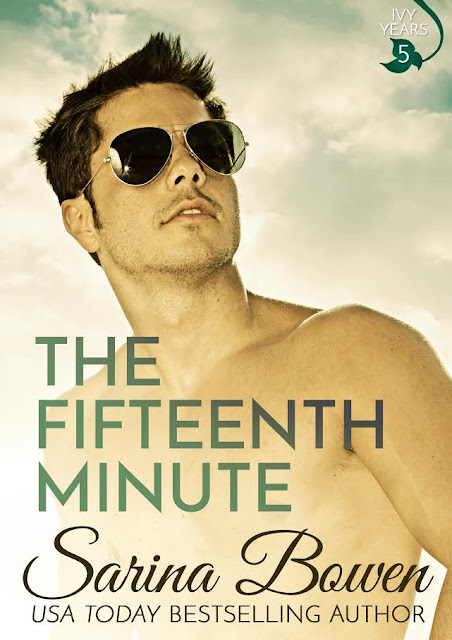 Just because she's famous doesn't mean she's happy.
Freshman Lianne Challice is known to millions of fans as Princess Vindi. But sometimes a silver screen sorceress just wants to hang up her wand, tell her manager to shove it, and become a normal college student. Too bad that’s harder than it looks.
She’s never lived a normal life. She hasn’t been to school since kindergarten. And getting close to anyone is just too risky — the last boy she kissed sold the story to a British tabloid.
But she can’t resist trying to get close to Daniel "DJ" Trevi, the hot, broody guy who spins tunes for hockey games in the arena. Something's haunting his dark eyes, and she needs to know more.
DJ's genius is for expressing the mood of the crowd with a ten second song snippet. With just a click and a fade, he can spread hope, pathos or elation among six thousand screaming fans.
Too bad his college career is about to experience the same quick fade-out as one of his songs. He can't get close to Lianne, and he can't tell her why. And the fact that she seems to like him at all? Incredible.


​
​Excerpt that you can use (Or there is another below) http://www.sarinabowen.com/blog/2015/8/2/a-teaser-excerpt-from-the-fifteenth-minute​

Lianne Challice is chatting me up.
As I fetch the pizza I ordered from the window, I try to decide whether or not I’m going insane. Maybe all the stress in my life has finally cracked me.
But no. When I deposit the pie on a table, her big eyes cut from the jukebox over to me, before darting away again. She is so freaking cute and so feminine that it’s making me crazy. Her mouth is like a little red candy that I’m dying to taste. And who has teeth that straight? She intimidates the fuck out of me, to be honest.
I make another trip to the pizza counter for paper plates and napkins. Usually we just grab slices off the tray like animals. But tonight I’m trying to be classy. The idea makes me snicker to myself. As if. Impressing Lianne Challice isn’t something I’m capable of. But I’m having fun trying. And there hasn’t been a whole lot of fun in this year for me. So that’s something.
Years from now I’ll look back on this night and laugh. Guys, did I ever tell you about the time I chatted up a movie star? I mean, my father is still telling people about the time he sat one table over from Tina Fey at Nobu.
Lianne sneaks another glance in my direction and I beckon to her. “Have a slice?” If she wants one, now is the time. In a minute my brother and his teammates will fall on the pizza like seagulls.
“Thank you. I guess I should. I didn’t make it to the dining hall tonight.”
“Your enthusiasm for Capri’s pizza overwhelms me,” I tease. “Aren’t you a fan?”
She slides a slice onto a paper plate, considering the question. “Pizza is like a nineties hit. Pretty good, especially if that’s all there is and you’re hungry.”
My own slice stops halfway to my mouth and I laugh. “Seriously?”
“What?”
“I don’t know if we can be friends,” I say before taking a bite.
“Because I don’t love pizza?”
I shake my head. “Who doesn’t love pizza? It’s, like, a basic human desire.” I cram a bite into my mouth to prove my point. Smooth, right?
She bites her bottom lip, and I realize I’d rather have that for dinner. “It’s okay. But it’s mostly just something you eat when you’re in a hurry or need to feed a crowd on the cheap.”
“Ah, I see,” I say when I can speak again. “The problem is that you haven’t had any great pizza. You’re a freshman, right? You don’t know all the glory that is Harkness pizza. Have you been to Gino’s Apizza?”
Lianne shakes her head. “I don’t think so.”
“She doesn’t think so,” I scoff. “Baby, if you’d had great pizza, you’d remember.” And now I sound like a real perv, but Lianne Challice is smiling at me, watching me with her big doe eyes, and I feel it like a drug. “They make everything from scratch. Even the sausage. We’ll go together, so I can prove my point.”
Annnd I think I just asked a movie star out on a date. Here comes the crash and burn.
First her eyes widen just a smidge. Then two pink spots appear on her face, one on either cheekbone. “Well, it would be a shame to live in this town and never know its true pizza greatness.”
I replay that sentence in my head and realize that she didn’t turn me down. “True,” I agree. “Do you think Thursday would be a night to experience pizza Nirvana?” I’m overselling thehell out of Gino’s now, but it’s working for me.
She gives me a serious frown, and I’m hoping she’s not busy on Thursday. Because I have back-to-back hockey games to DJ on Friday and Saturday. “Thursday it is. I shall prepare to be amazed.” 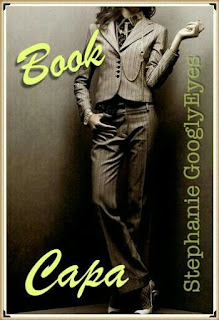 I think this book was a delight to read. It is also my first full on Sarina Bowen and I can totally see why she hooked up with Elle Kennedy for HIM. I think both their writing is fluid and has that uplifting kind of silly feel to it, and mainly revolves around college aged adults ((nothing wrong with that))
Lianne is such a loveable character. I fell in love with her in the first paragraph. I was SO excited she was a gamer nerd, though i personally would have liked to have seen more if that LOL She is silly and spirited and had a good heart. Really a pleasure to read, and I felt bad when certain people were mocking her and the fact that she felt she couldnt fit in anywhere. Her mother seems horrid and shejust seemed to be drifting, with no real roots to ground her.
DJ was awesome, most of the time. Though, he didn't make me made, because I felt for his issues. The things he was being accused of were horrible and I think he stayed pretty strong throughout most of it. He tried pushing Lianne away, only to not cause her any hurt from his issues, but like she said "this isn't a John Greene Novel" and he thankfully pulled his head out of his keester.
I think what DJ did for her at the end was the sweetest thing ever. He gave her some family roots, and many doors are going to open for her. Things don't have to be miserable, trying to hold on to something toxic to try and remember her father.
This book has a good balance of humor, drama, and not too over-the-top sappy, and well, DJ is quite sexay! ;)
Oh yeah, hockey players to boot..and DJ is well, a DJ...so the music references are fun.
4 Shakesperian-propostions.

This was a sweet story to me. Lianne and DJ seem like a perfect match. Lianne is trying to find her path, outside of her acting career and has had a hard time making friends on campus. DJ is battling a misconduct allegation, and he's feeling somewhat down-trodden, trying to figure out how it happened.I'm glad that they found what they needed in each other. Most of the drama comes from the issues mentioned above, but I enjoyed that it didn't play too much into their relationship. I'll definitely go back and read the previous books in the series.