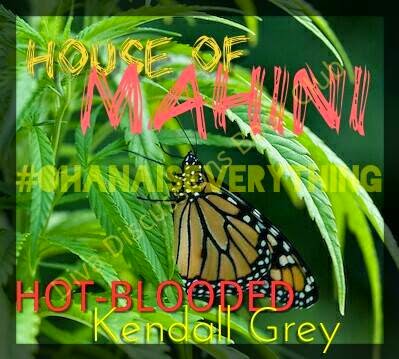 Today Kendall Grey celebrates the re-release of her suspense/thriller, HOT-BLOODED, with a new cover, updated content, and a SALE! If you’ve already read HOT-BLOODED, the plot is the same--nothing new or different there--but the book has been simplified to make it easier for readers to immerse themselves in the story. For those who haven’t picked up HOT-BLOODED yet, you’re in luck! Not only do you get alternative content and a brand new, alpha female (MEOW!)
cover created by Sara Eirew, but you also get a deal. HOT-BLOODED is on sale for just $.99 from now through Friday, September 19! Here’s the description:

When an accident claims her mother’s life, Keahilani Alana must take charge of her family or risk losing what little they have. With an underage brother to care for and no education, she has few options. The door to a heavenly hellish opportunity opens when she stumbles upon a valuable secret her mother left behind on the slopes of an extinct volcano—a legacy that tempts the family with riches beyond their wildest dreams. But the secret is much bigger and more sinister than they realize. As reality unravels and exposes eerie truths about the siblings that should have remained deep under the mountain, Keahilani must either resist the call of her blood or risk being consumed by its darkness. Blake Murphy is an assassin working to infiltrate a new Hawaiian cartel. His investigation reveals that Keahilani, the sexy surfing instructor he pegged as an informant, is much closer to the drug ring than he thought. Passion ignites between them in the bedroom, but their ironclad ties to opposing interests pit them against each other everywhere else. When tensions reach the breaking point and her family is threatened, the only cure for Keahilani’s hot-blooded fury is a loaded clip with a body bag chaser. * HOT-BLOODED is a suspense/thriller that contains drug use and graphic sex, language, and violence. The story is intended to entertain, not to condone or glorify illegal or immoral activities. This book is unsuitable for sensitive readers and those under the age of 18.

If you haven’t jumped aboard Keahilani and Blake’s crazy train, now’s the time to take the leap! Kacey B says, “The twists, turns and surprises in this book keep you on the edge of your seat the entire time.” Aloha Dawn says, “Flawless writing with a kicka$$ heroine that rivals some of the best of the movie screen, I could not put this book down!” Check out HOT-BLOODED and see for yourself! Amazon US: http://bit.ly/HotBloodKG Amazon UK: http://www.amazon.co.uk/Hot-Blooded-Ohana-Novel-Kendall-Grey-ebook/dp/B00LS8G958/ Amazon Canada: http://www.amazon.ca/gp/product/B00LS8G958 Amazon Australia: https://www.amazon.com.au/dp/B00LS8G958 Signed paperbacks (featuring the original butterfly gun cover and unmodified content, also known as “The Director’s Cut”): http://www.kendallgrey.com/?page_id=4666 Visit Kendall on Facebook or on her web site at kendallgrey.com. 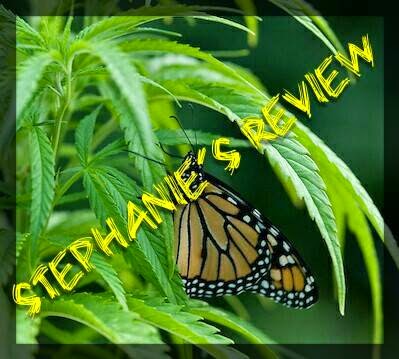 The first word that comes to my mind about this book is, different. Its not your typical love story or story about family, or loss. Yes there is all in here, but there is also a mythical factor played in. At times you're not sure if its hallucinations or the mythology portion playing out. Needless to say, I loved it! Mostly because of those reasons. Based in Maui, Kendall takes on local myths and lore and adds them into her story, making you feel like you're there, sitting around a campfire listening to elders tell you these urban legends. Kea and Blake are not your typical love story, there is no HEA for them. Kendall calls to my black heart with this.... While I know people read fiction that always ends in HEAs to get them out of reality, yadda yadda, I love when an author has the balls to go the other direction...to me, it makes the story more emotional and intense. Some stories NEED death and heartache, it just gives them that extra "umph" bringing them to new heights. I think if it didn't turn out the way it did, it could have fallen short. But Kendall knows how to tell a story. This one feels almost like a mix of both her other series combined, where Nocturnes was dark, but with that underlying theme of Strings, and the PNR in just breath. Though I wouldn't call this one a PNR, just has mythological aspects to it. So in a few words, this book is dark, sexy, and mysterious. I really hope there is another one coming. #Ohanaiseverything 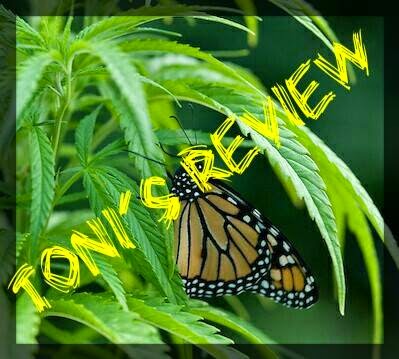 My review is for the updated version, not the original.

Kendall Grey has a certain writing style. It's the kind that grabs you by the balls and squeezes. So you have to go into it prepared to be shocked and aroused, and then shocked that your aroused. Also, for this story in particular, you need to keep in mind that no one involved could be classified as a truly good innocent person.

The matron head of the Alana family dies in an accident leaving behind one daughter and three sons. Twins Keahilani and Kai are the eldest. Manō is the middle son. Bane is the baby boy of the family.

Already at poverty level, they quickly look for any means possible to keep their family afloat and together. The three older siblings try their hands at growing and distributing marijuana. The youngest is left out of the loop because they want to give him a real future. Kea is the one in charge and Kai and Manō are her protectors. Most of the story takes place after some time has passed so they've came a long way from impending homelessness, but they aren't big time yet either.

The deeper you dig, the harder it is to crawl out.

Bane is a college student. He has a perfect GPA and also is a world class surfer winning many tournaments.

Manō is a character that I hope to see a lot more of in the next book. He's huge, tatted up, drives a motorcycle, the bad brother. Mmmmm `ono.

Kai is the laid back toker brother. He's Keahilani's twin and the sweeter between the two.

There are many characters connected with the siblings, but I'm not going to mention them all. The main one I would like to focus on is Blake. I really like him. He's not the prince charming hero type, but he does have his own sense of morals.

Blake didn't cry. Ever. Tears weren't the products of monsters. They belonged to normal people. He wasn't capable of mustering that much emotion for anyone, but when he visited Jonathan, he thought about it.

The sex scenes between Kea and Blake are wickedly flaming hot. Neither has ever been one to submit. They are like two wild rabid animals fighting and fucking. When the battle lines are drawn, Kea and Blake are on opposing sides making the combat sex even more exciting.

This story is very no holds barred and a bit creepy at times. Any character may love or cheat or lie or die any second. Things are not what they seem. Hot-Blooded is sometimes slightly Paranormal Activity-ish, sometimes a bit Kill Bill-ish. A lot of Hawaiian mythology comes into play. In some of the sequences, it's kind of like someone's drugged out and hallucinating. Also thrown in are superstitions and a touch of almost magic. Top that off with a lot of mystery and action, and highlight generously with drugs and sex. And Voila.

I give it 4.5 big-eyed stars, and I will be continuing the series.

***Copy given in exchange for an honest review***
toni
FangirlMoments and My Two Cents
View all my reviews
Posted by Diva Discussions Book Club at Monday, September 15, 2014