Release Day Blitz + Review Temper For You, For You series by Genna Rulon 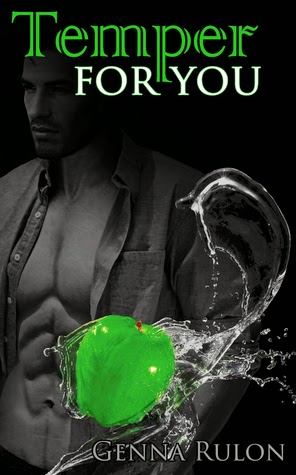 "Life is messy. Love is messier." -Catch and Release

Meg Adeio has led a life of isolation—not by choice, by necessity—until one act of heroism forces her out of seclusion. Despite a past shrouded in mystery, Meg is “adopted” by an eclectic group of friends that become the family she never had. Life was good for the first time in…ever.

Or it was until Westly Black reappeared on her doorstep. She knew he was the last man any woman should give her time to—only good for one thing—yet a temptation no woman could deny. Wes might make her life messy, but Meg’s eyes were wide open and she had it under control. At least she thought she did.

When past and present collide, loyalties are tested, forcing Meg to sacrifice her future to protect those she loves.

Temper For You is a gripping story of regret, deception, and redemption – filled with raw emotion, sarcastic wit, intrigue, and love’s propensity to forgive.


• Though Temper For You is a part of the For You Series, it can be read as a stand alone
• This story is appropriate for readers 18+ 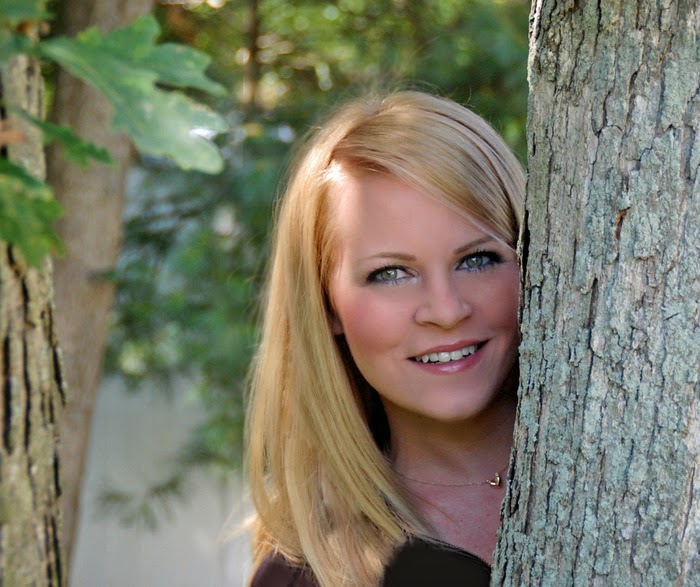 Genna Rulon is an up and coming contemporary romance author.

During her 15 years in the corporate world, Genna, inspired by her love of reading, fantasized about penning her own stories. Encouraged by her favorite authors, many of whom are indie writers and self-published, she committed to pursuing her aspirations of writing her own novels.

Genna was raised in Long Island, New York, where she still resides, surrounded by the most amazing family and friends. Married to a wonderful man, who patiently tolerates her ramblings about whichever book she is currently working on, even feigning interest relatively convincingly! Genna is blessed with two little boys who do their best to thwart mommy's writing time with their hilarious antics and charming extrapolations.


Son of a bitch!
I marched back to my house, dodging furniture and movers along the way, not stopping until I reached my home office where my cell phone and solitude were located.
Son. Of. A. Bitch!
I swore if I ever saw her again I would either:  a) pretend I didn’t know her, or b) coax her into my bed.  Nothing in either plan dictated cursing at her; it was an inexcusable fumble.  Dammit!  The only good news was that my father wasn’t alive to hear me confess my crimes.  He would have ripped me a new one for talking to a lady that way, even if the description had been accurate—which unfortunately, it was not.  Therefore, I couldn’t even comfort myself with the knowledge that I simply verbalized the truth because Meg was a lot of things, but she was definitely not a bitch.
Meg…when she opened the door, it knocked the wind out of me.  I’d convinced myself—after she unceremoniously kicked me to the curb in the middle of the coffee shop—that my memories were idealized after nine months fantasizing about her.  Nope.  She was even more stunning than I remembered, and every part of me responded to the sight of her.  My brain stalled, deprived of oxygen, as all of the blood in my body detoured southward.  And while some parts appeared to be stupefied into complete stillness—such as my mouth, which seemed unable to form words—another part of me was rising to the occasion and begging for attention.  Yes, Little West was pointing due north.

“Megalicious, get your butt down here and have some dinner with us,” Sam called from downstairs.
After unburying myself from a mountain of books, I headed to the kitchen. Griffin was unloading an insane amount of Chinese food on the table while Sam brought over the drinks.
“I see you guys decided to order one of everything on the menu,” I laughed, only partially kidding.
“He’s a growing boy,” Sam teased while patting Griffin’s stomach.  “Plus, he needs to build up his energy…I have big plans for him,” she finished with a salacious grin directed at her man.
Griffin swatted her tush playfully in response.  “Your plans for me involve rearranging all the furniture in your bedroom, and not in the way I’d prefer.  Food may be the deposit, but that smile better be hinting at settling the remaining balance in more enjoyable ways.”
“We’ll see how much you complain about the rearranging, then I’ll make my decision on any tips,” Sam said.
“Lo, please…you can’t resist me,” he said with utter confidence.  “But don’t worry, I can’t resist you either—never could.”
I loved seeing them like this.  Sam had overcome more obstacles than any single person should ever have to face.  Life may have broken her, but she pulled herself back together— with the help of Griffin—and was stronger now than ever before.  She was the person I wished I could be: pure and brave, she was goodness personified.   I may be three years older than Sam, but I looked up to her, despite the fact that she regularly embarrassed me with her lack of filter and inappropriate over-shares.  Sam was Sam, and in her own way she was looking out for me.  She’d found her happily ever after, and now she was on a mission to find mine …even if she had to cram it down my throat.  I loved her for caring though.
Griffin captured my attention with a nudge and stage whispered, “How much you want to bet that after rearranging the furniture three times, she’ll decide to put it back in the original spots?”
“I’ll bet you five dollars you can distract her and never wind up lifting a bulging bicep,” I countered at full volume.
Sam’s eyes narrowed at Griffin.
“Dammit, Meg.  Stop foiling my evil schemes.  Now she’s onto me.”

"I've never been a knight in shining armor - more like the dark knight caked in mud and gore."

Ah, this book! I was really intrigued by it and waiting for it, ever since I finished reading Pieces For You, book 2. We got a short prelude and well, can't say Wes Black was endearing in that one.
But Ms. Rulon has done it, yet again. She made me fall for the seemingly bad guy. Wes is right. He's not a knight in shining armor. He's an arrogant asshole and, as he puts it, excels at two things only - sex and law. But appearances are truly deceiving when it comes to this character.

"There's something magnetic about you, Meg. I've felt your pull since the first time I saw you, and I haven't been able to escape it since. I may not be yours - or anyone's - forever guy, but for right now I'm yours."

I didn't really know what to expect when I dove in. I loved Only For You - though certain parts broke my heart. And Pieces For You? Oh man! Beware of that one! Sam & Griffin will break you down and put you back together. They'll gut you.
But back to this one. So. Once again, you have the happy moments, the hot ones - Wes does have a reason to boast - but also the gut-wrenching ones. There are certainly many feels the reader experiences while getting acquainted with Meg and Wes.
Meg. She's my hero. A survivor. You'll see why.

There's a side character I fell for - story of my life.

4 1/2 stars for a well-delivered story. Oh and P.S. Thia. I didn't know whether to hug that woman or wish I could shake her. She's a tough love kinda gal.

Read it. Read the entire series!

***Copy kindly gifted by author in exchange of honest review. Thank you***
Posted by Unknown at Wednesday, September 24, 2014