Review The Darkest Surrender, Lords of the Underworld series by Gena Showalter 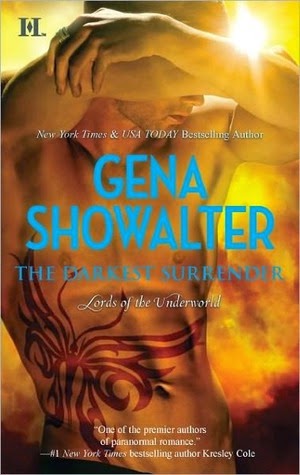 Strider - Immortal keeper of Defeat
Nothing comes between him and victory

Possessed by the demon of Defeat, Strider cannot lose a challenge without suffering unimaginable pain. For him, nothing stands in the way of victory. Until Kaia, an enchanting Harpy, tempts him to the razor's edge of surrender.Known among her people as The Disappointment, Kaia must bring home the gold in the Harpy Games or die. Strider is a distraction she can't afford because he has an agenda of his own-steal first prize, an ancient godly artifact, before the winner can be named. But as the competition heats up, only one prize will matter-the love neither had thought possible... 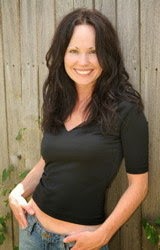 Lords of the Underworld series

“That's because I'm made of awesome."

"And dipped in awesome."

"And sprinkled with awesome."

So. Things in the 8th book are getting more and more interesting and really, there are some loose ends you can't wait to read about, in the coming books. We find out things about William - I simply love that man, he's despicable and wicked but not heartless - and there's also a bomb dropped by the Moirai. That was awesome. Not.

“You are not Kaia the Disappointment. Do you hear me? That’s what I was trying to tell you earlier. You are Kaia the Mighty. How many Harpies out there do you think could have brought down the most badass Lord of the Underworld? The same Lord who also happens to be the strongest, sexiest and smartest. And by the way, in case there’s any doubt, I’m describing me.”

Besides the above mentioned things, we get the start of the HEA of yet another couple. And it's one hell of a couple! A Harpy and a Lord of the Underworld. These two can conquer the world, if they want. But what they do have to do is win the Harpy Games - Kaia has a tough challenge ahead of her - and get their hands on the fourth artifact. Yes, the ones they'll use to search for Pandora's Box.
As I said, favorite couple. Strider is one of my favorite Lords, though the man is a kind of, sort of, for damn sure, bastard, at the beginning. But then comes to his senses. As for Kaia, she too needed to snap out of feeling guilty for something that had happened a long time ago. 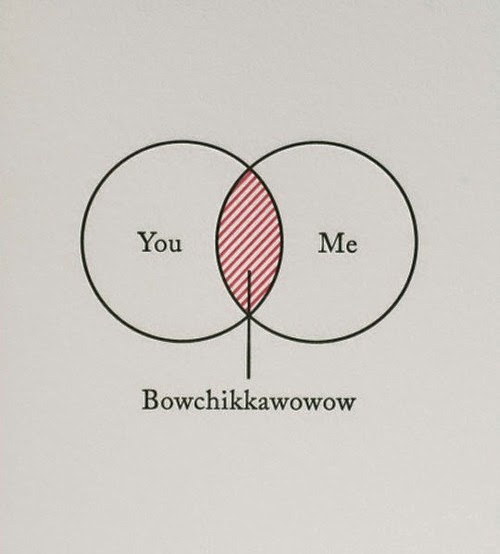 In other words, a 5 star book. Mythology + 21st century + badass heroes and heroines = one happy lil' ole me. Really. I could read this series, this book countless times. Not that I haven't. And I cannot wait for Torin's book.

So read them. Get lost into the world of the Lords. You won't want to come out of there.
Posted by Unknown at Saturday, September 06, 2014