The Lost Souls by Madeline Sheehan (contains spoilers, my opinion, and my hypotheses) 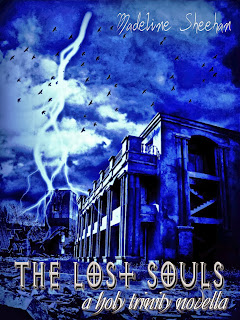 
Blurb
The Lost Souls: A Holy Trinity Novel
(Holy Trinity 2.5)
Tahyra Petros tried desperately to save herself and her sister, and instead ended up forever changed.
Shandor Asenov battled with death, and lost.
Hockey Sava, in a valiant attempt at saving his friends, vanished.
Caroline Andrews lost her brother during a violent attempt at survival and was subsequently left alone in the hands of an unknown fate.
And, Marko Siwak disappeared in the middle of the night and was never heard from again.
These are the stories of their journeys lost in a world where devastation knows no boundaries, where enemies await them at every turn, and where heartache, loss, and death supersede happiness, peace, and love...and the destiny that awaits them all.

BE WARNED SPOILERS BELOW 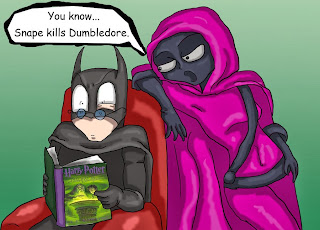 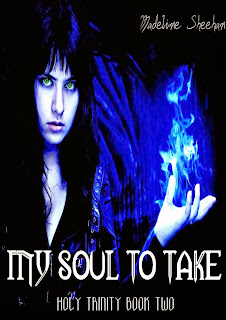 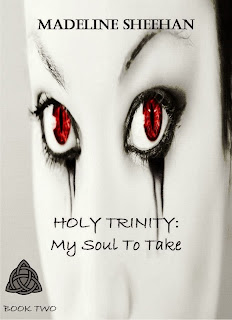 Book 2 My Soul to Take 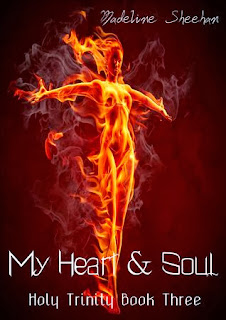 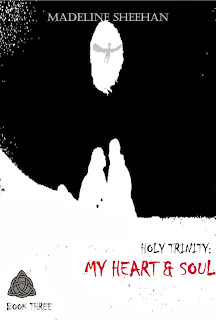 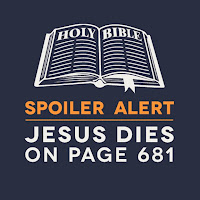 This Review Contains My Unconfirmed Opinions and Hypotheses About the Series


Review
As you can see from all of the above, The Lost Souls is book 2.5 in a series I'm crazy over.  These books are not lengthy, but they carry a real punch filled with emotion and hidden gems, jam packed like an underground gold mind.

From the title The Lost Souls many ideas come to mind:
The human characters that are continually getting split up and lost from each other
The skin eaters who aren't dead but aren't quite alive seeming to be soulless killing machines
The deaths of characters
The Soul (as in the split soul reincarnated through time) and those who have lost it over time (they don't seem to fair too well)

The quote from the beginning of the book is

"Not all those who wander are lost..."
-J. R. R. Tolkien
Then, the first words of the Prologue are
What is fate?  Or destiny?
Do we each have a predestined plan-a path mapped out long before we were born to lead us on our journey?  Does someone, something, somewhere already know what is yet to come?

From these two quotes, I want to think that the ones that have wandering souls have not lost them, and every bit of this has been part of a bigger plan.  Because of how everything goes, characters that would never have crossed paths become key roles in each other's lives, completely changing the story.  Also because of the appearance of an end of time type feeling, we see sides to characters we wouldn't have known otherwise.  Many rise up as leaders, show unwavering faith and unending sacrifice.  Many make rash, devastating decisions.  It's all cause and effect.

From my previous rants about the other books, like my review of book 1 and my posts in Facebook, everyone should know I love Gerik.  Ok, so he turned into a dragon at the end of book 2.  I can still work with that. 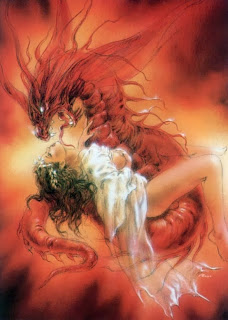 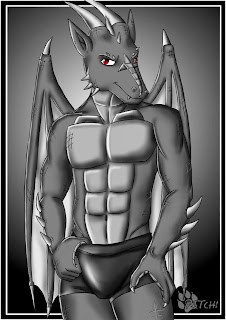 Alright, alright, enough with the joking around.  This is seriously an awesome series so I'll try to show a little restraint, un poco de moderación.  Gerik isn't really present in this book.  He's turned full dragon, and left the show for the time being.  I missed him.  We did get some great insight about him through others thoughts.  One quote I have to point out to anyone anti-Gerik is from Marko after he had received The Soul and immediately raped Cassie.

He wasn't sure how Trinity had evaded Gerik for as long as she had back in the Catskills, or how Gerik hadn't gone stark raving mad from her constant refusal of him.  Gerk was a better man than he was, that was for certain.  Marko had possessed that damn soul for a single second and look what he'd done.  But then again, that soul had never been meant for him.

This leads me to the first characters that I want to discuss-Carrie and Marko.  From the quote above and what goes down, wow, just wow, this split soul business is rough.


Fate wasn't suppose to make sense.  It just was.  That destiny, everyone's, had been written in the stars long before their births, long before...anything.

In my opinion, it was imperative that the souls mate right then.  I had said before, it was killing Gerik because when Trieme was 22 and Emilian was 29, she was pregnant.  She was killed before the baby was born causing Emilian to go dark bringing about this whole curse on mankind.  To complete the cycle Gerik needed to mate with Trinity.  They were the perfect ages, she 22 and he 29, but then she broke the bond by being with Xan.  Then all hell ended up breaking loose and the backlash of that hell was shared by all.  Now Marko got the soul (at 29) and he made that f'n baby, by gods!  Carrie is just 17, but desperate times call for desperate measures!  Third time is a charm.  I think this baby has to be born in order to lay the soul to rest.

The next are Shandor and Tahyra.  What makes them so different from the other skin eaters?  Shandor had magic before making him more in tune with nature and more knowledgeable of the unnatural.  This is the reasoning he seems to be leaning toward.


"Try not to judge so harshly that which you don't understand."


"You're the sort of beautiful a man doesn't just want to fuck.  You're the kind a man wants to watch fall apart beneath him, so he knows that it was him who broke her."

Remember Tahyra's father called her Atropos (she who cannot be turned) so I'm pretty sure she is going to be important in the final outcome.


Shandor stared at her, feeling the man and the beast inside him coming together.  She was the one thing they agreed upon.  She was their prefect mate, their perfect female.  They would protect her at all costs.  No man or beast would get close enough to take her.  She was theirs, and they were hers.

Both of these characters are certain to have very principal roles to play.  They are the connection between the natural and the unnatural worlds.

On a random note, I just gotta say, wtf is it about Becki that makes every man hop the crazy train!  I must have missed something when it comes to her.  Nico, lord have mercy.


Caged humans were no better off than caged animals.

Hockey is my next topic.  Madeline seriously had intentions of breaking our hearts with this one I believe.  Hockey seems to have been shit on the most throughout the series and still come away smelling heavenly.

"Maybe you're right, but that doesn't mean you shouldn't live as an honorable man during the remainder of your life."

And then...Then there was nothing at all.  Hockey was in God's hands now.


Then, after drying our eyes, we got to read a sneak peek of book 3.  The best part of it was the last line!

There are many other characters that have roles in this book and the series.  I'm not going to name them all, but it contains a stellar cast varying across the spectrum of lightness and darkness.

I noticed several of the Romani had ideas about if they killed Mullo-the first vampir (aka Emilian), that would break the curse.  Also, it's been said over and over throughout the series that Gerik is Trinity's soul and Xan is her heart, and she loves them both completely.  So, I'm assuming from the title of book 3 My Heart and Soul, it's Trinity's Gerik and Xan combining with her to make The Holy Trinity.  Will this be a physiological combination...or...an out-of-body otherworldly combination...or...  Can we please get some sandwich action?  Please.

In conclusion, per usual for every book she writes, this book is a literary diamond.  I can't wait for more.