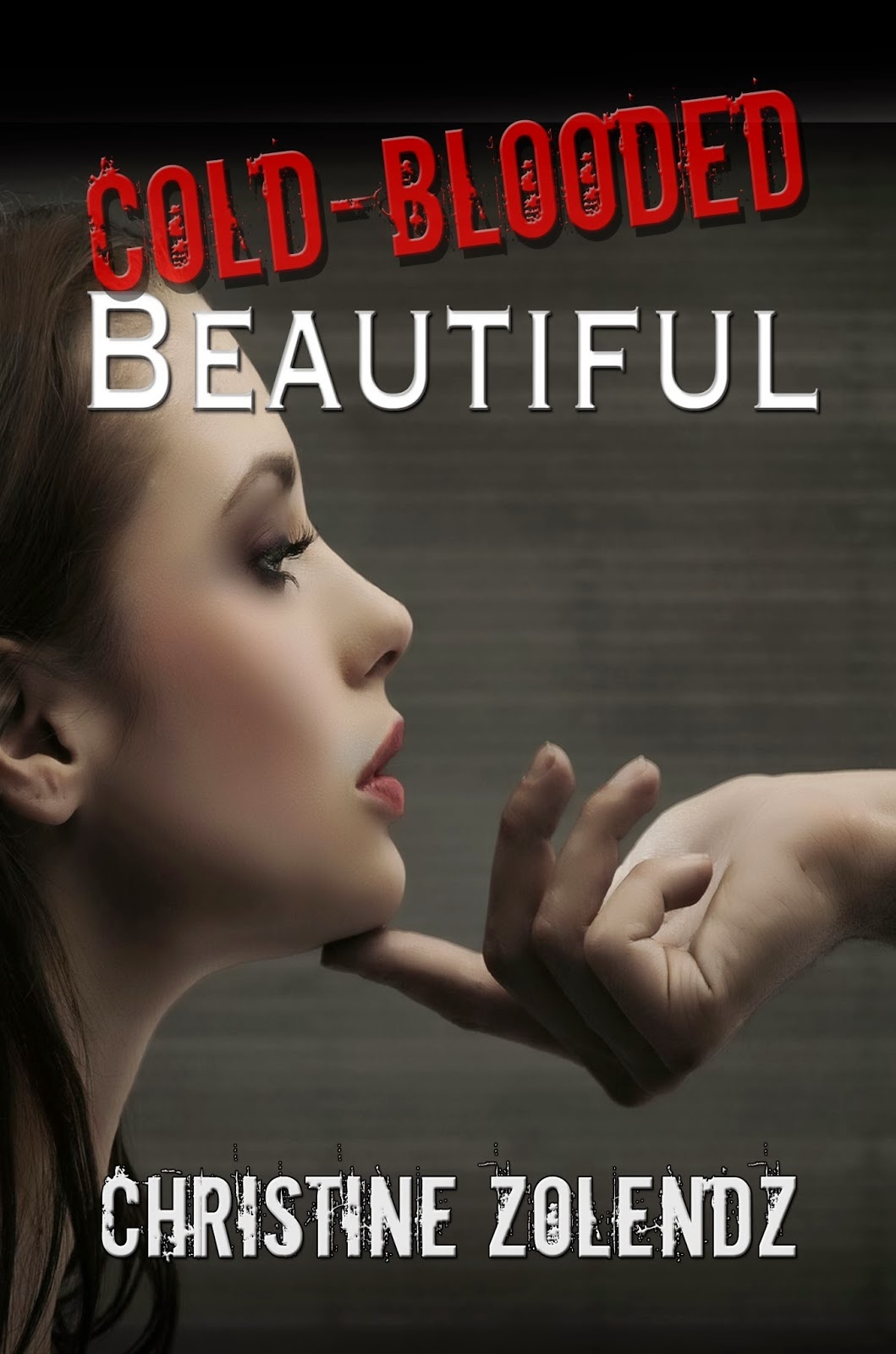 This is my mood music, my selection for Kade & Sam.
Please press play and listen while you scroll down and read this review. 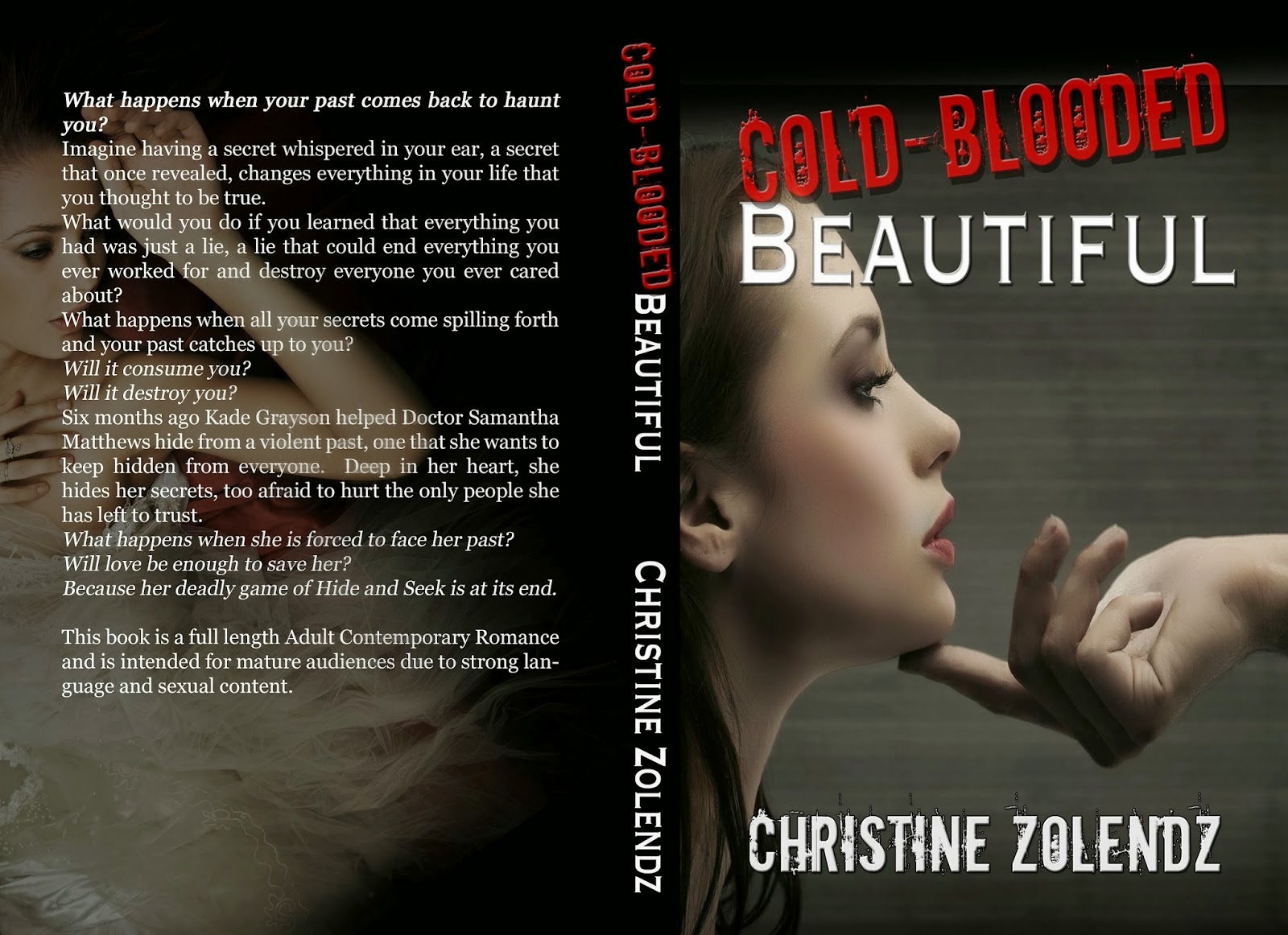 What happens when your past comes back to haunt you?
Imagine having a secret whispered in your ear, a secret that once revealed, changes everything in your life that you thought to be true.
What would you do if you learned that everything you had was just a lie, a lie that could end everything you ever worked for and destroy everyone you ever cared about?
What happens when all your secrets come spilling forth and your past catches up to you?
Will it consume you?
Will it destroy you?
Six months ago Kade Grayson helped Doctor Samantha Matthews hide from a violent past, one that she wants to keep hidden from everyone. Deep in her heart, she hides her secrets, too afraid to hurt the only people she has left to trust.
What happens when she is forced to face her past?
Will love be enough to save her?
Because her deadly game of Hide and Seek is at its end.

This book is a full length Adult Contemporary Romance and is intended for mature audiences due to strong language and sexual content.

Description
A deadly game of hide and seek.
With blood still on her hands, Samantha Matthews is on the run, running from dark secrets and a man she prays to God will never find her. Running and hiding, just to stay alive. She had no choice but to run, to leave, to hide and forget about her life before. When Samantha believes she's gained enough distance from her past and her demons, she stops running, hoping to find her future in the heavily wooded area of the Adirondack Mountains, a place she never expected to encounter a man with secrets as dark and as sordid as hers.
Kade Grayson is hiding, not from the demons after him, but from himself and from the entire outside world, wishing every day he could have just died. Arrogant and domineering, he’s tormented and terrorized by his past, seeing nothing good for his future. With the ghosts of his past still haunting him, he has exiled himself to a life of solitude, only living for his words and through his stories.
Until her.
An undeniable attraction, turns into hate and then ultimately obsession, an obsession that grows into a powerful story of love and redemption.
Will the bond they have begun to build between them grow stronger than the tragedies that have scarred both of their lives? Or will they allow their demons to consume them?
This book is a full length Adult Contemporary Romance and is intended for mature audiences due to strong language and sexual content. 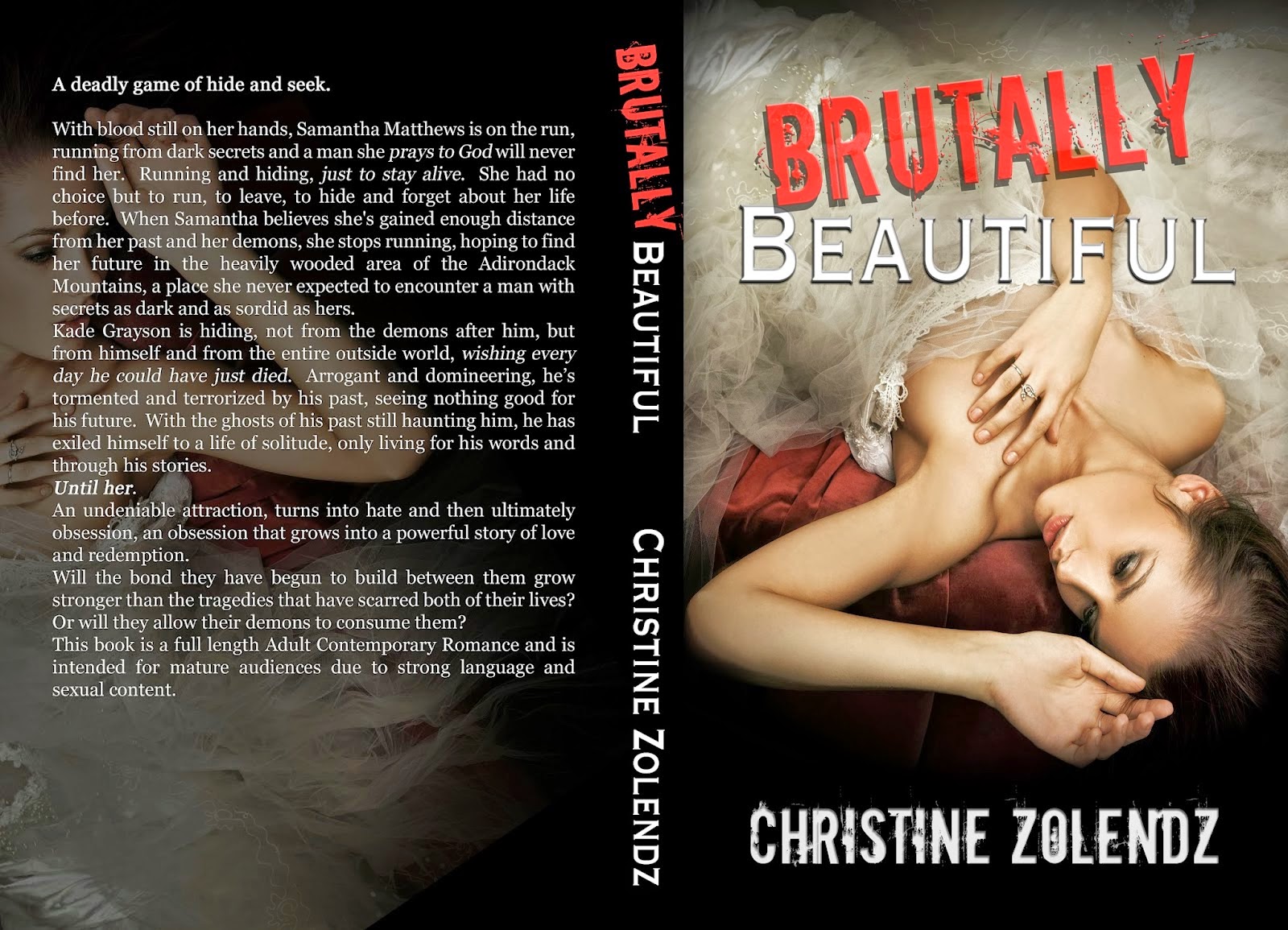 What AM I doing?


That's the question.  Those are the messages I've been receiving every day.


When's the next book coming out?  Are you even writing?


You all make me giggle.


I write constantly.  I research continuously.


I write in the morning when my kids are still sleeping.  I write through breakfast, lunch, and dinner.  If I'm out I write on my phone.  I write late at night when the house is quiet and the strangers here are asleep.  I write in my dreams too, and wake up and write my thoughts down.


That's what writers do.
What am I writing?
See that's the problem.  What? What! Whaaaaaat!
There's too many stories crammed in my head at the moment and I'm dabbling in a few at a time.  I have the first chapters of a few books written, I don't even have outlines for them, I don't know how they will end, or if they ever will.
But a lot of you are asking, so I'll let you know what I know (which isn't much, lol.)

Here's to Falling is a book I have been working on for a good million years.  At least that's how is feels.  It's a book based on a true story and it's a story that is extremely hard for me to write because it is pretty personal and makes me want to vomit when I reread it.  My issue with this book is 1) I started this book years ago and you could literally see my beginning writing and my now writing-so it looks like a teenager started it and I jumped in somewhere near the end. And 2) I don't think I could ever adequately get the emotions and words write in the book that will get a reader to understand what I want them too.  So even though I have written over 70,000 words to it, I'm not sure anyone but me will ever read it.
Room 269 is a book, and I'm not even sure this is the right title for it yet, that is straight up funny and steamy romance.  Light and sweet, nothing dark, and no crying or dying in it.
Dystopian Story - I don't even know much about this one.  All I know is the images that flash before my eyes every time I close them.  This is an 'end of world' apocalypse story, but not with zombies or crazy shit, I'm going through research (which is scary shit) and I want this book to be REAL.  And of course it'll have romance it in, somehow.
Triple XXX - This one is TOP SECRET.  I am writing a funny-mid-life-crisis book with another person.  It's funny, and real, all based on a funny conversation that all my Facebook friends were witness to where I said, "Hey we should write a book about this!" And then I wrote a beginning chapter and sent it to my author friend who had the FB conversation with me, and she wrote one back.  That's all I'm saying. :)
Giana - All I have is her name, no title it'll be something like Vendetta, but she's a bad ass.  It's a mobster story- think 1990s mob stories...
Then there's a character, a male, who is bat-shit crazy that I think may end up being a horror story and somehow romance with be tied in, but this character is terrifying.  He has no name.  I just call him killer.
So there you have it, some of my thoughts and where I'm at.  If you ever want to 'see' what I'm up to you should visit my Pinterest Boards, because I collect images of things that inspire my stories.
Thanks for letting me ramble, and for asking what I'm doing!
XOXO

Cold-Blooded Beautiful by Christine Zolendz
My rating: 5 of 5 stars

I loved the first book and absolutely couldn't wait to read this one.

I wanted more of Kade's craziness,


Yes, I know, I'm pushy. I'm also arrogant, selfish, mean, and pretty much clinically fucked in the head, so whatever. You try debating it with my demons. They usually don't let you get a word in edgewise.


His inky black hair wildly arranged on his head. His face...all hard angles. A jaw carved out of stone, strong cheekbones and full perfect lips. He wore his strength on his expression, dark, passionate, and profound.


All my thoughts completely faded when I looked up and noticed Kade's dark stare. I heard myself gasp when I saw him. The air just sort of sucked itself right out of my lungs. No one ever watched me like Kade did. It was personal. Intimate. My cheeks heated, when his lips curled into a sexy smirk of a smile. It was animalistic and primal. Hot-as-hell

Of course I wanted more of Sam, my lady crush. She is still just as awesome and ass-kicking as before. Mere mortals can only dream of being as cool as this chick.


Besides, they are my scars, mine, and those horrible things I lived through still hurt. But, do you know what scar tissue does for your body? Makes you stronger and tougher. Makes you realize that every breath you take is a gift.
I know I should not have lived.
I should not be alive right now.
Yet I was. I was alive and safe with Kade.


This book fills in much of the history for both characters not previously given in the first book. Their pasts, demons, scars aren't all they have to worry about. The characters aren't at the finish line with the pain or the growth going into the book. It's full of many ups and downs. Much of the bad is still very much live and affecting them. And it is definitely full of deep soul-sharing love. We see how Sam and Kade use each other to heal.


It's what we always did when our emotions became too intense. When the truth of our pasts became to heavy to bear, we slipped easily into each other and blocked out the world.


I highly recommend this book.


View all my reviews