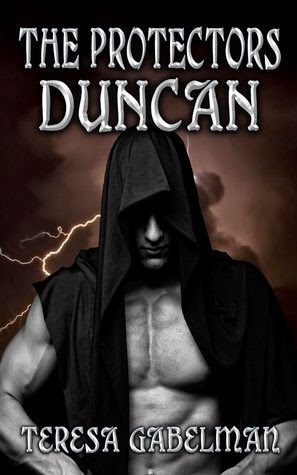 Leader of the VC Warriors Cincinnati branch, Duncan Roark, has devoted his long life to the Warriors he calls brothers and the Vampire Council, protecting innocents of both the vampire and human race. Things change suddenly when it is ordered that he and his fellow Warriors train human Social Workers to protect themselves in their new world of vampires. Falling in love with a human was something Duncan never thought possible, but love her he did. Now instead of being the ruthless leader he was trained to be, his focus has turned to finding the woman he loved and let go.

Pam Braxton is outgoing and loves her job working with children, but when she realizes her live in boyfriend, Kenny Lawrence, has been using her and her job for his illegal activities, she becomes withdrawn, and her world is turned upside down. Deciding to take matters into her own hands, she stays, trying to learn more of his betrayal so she could see him punished. That decision sucks her deeper into a relationship that has turned dangerous and abusive. Overhearing a plot that would put everyone she cares about at risk, she finds the courage to try to stop the monster who has threatened her friends and the man she truly loves. Now Pam is on the run, alone and with a secret that could change the already unbalanced world of vampires and humans.

As Duncan searches for Pam, the threat of losing his leadership role has the other Warriors worried, but their loyalty for Duncan is strong and they stand behind him. Duncan’s search is relentless; he knows he is not the only one looking for Pam. Even with his responsibilities slipping, he puts it all on the line to find the only woman he has ever loved. In a race against time, Duncan fights to find Pam before her past catches up to her. The Warrior’s path is clear: Find the woman he loves before the past finds her first. 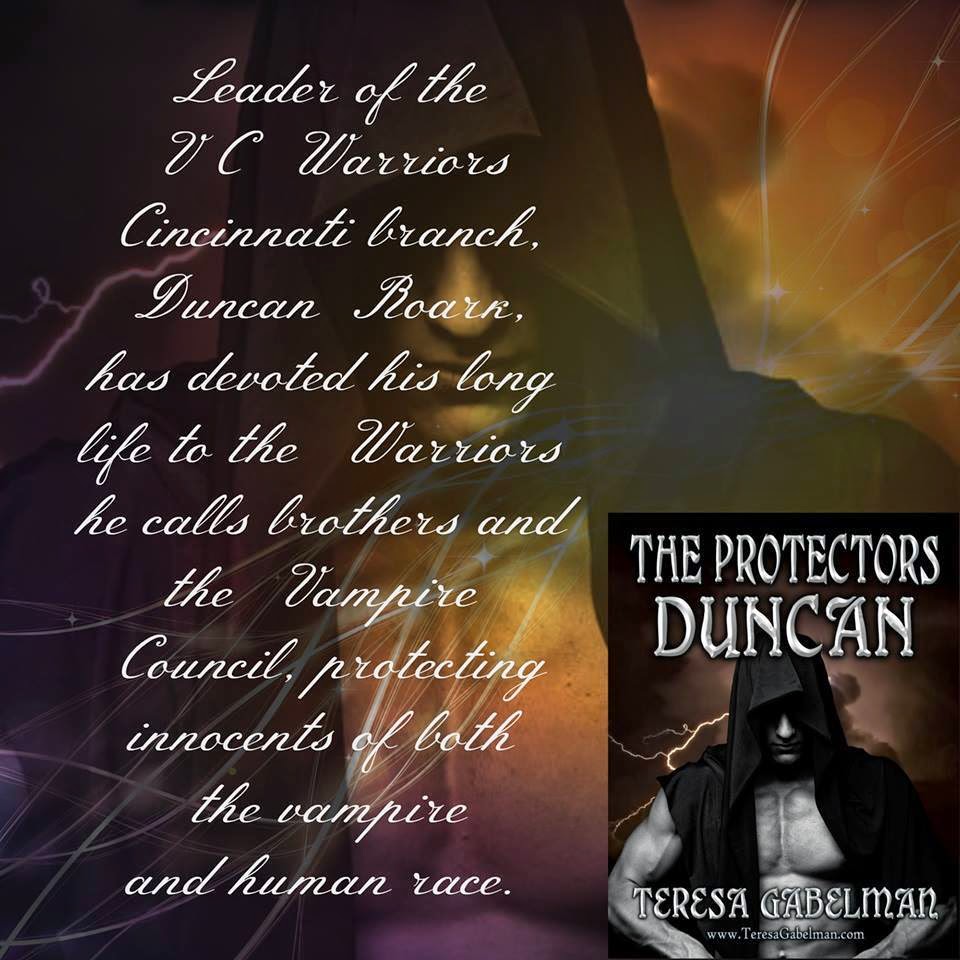 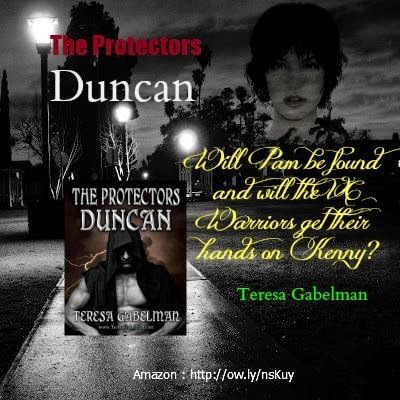 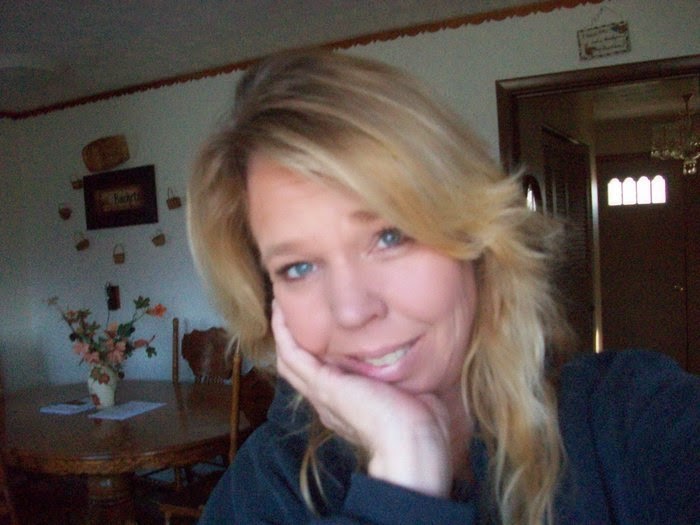 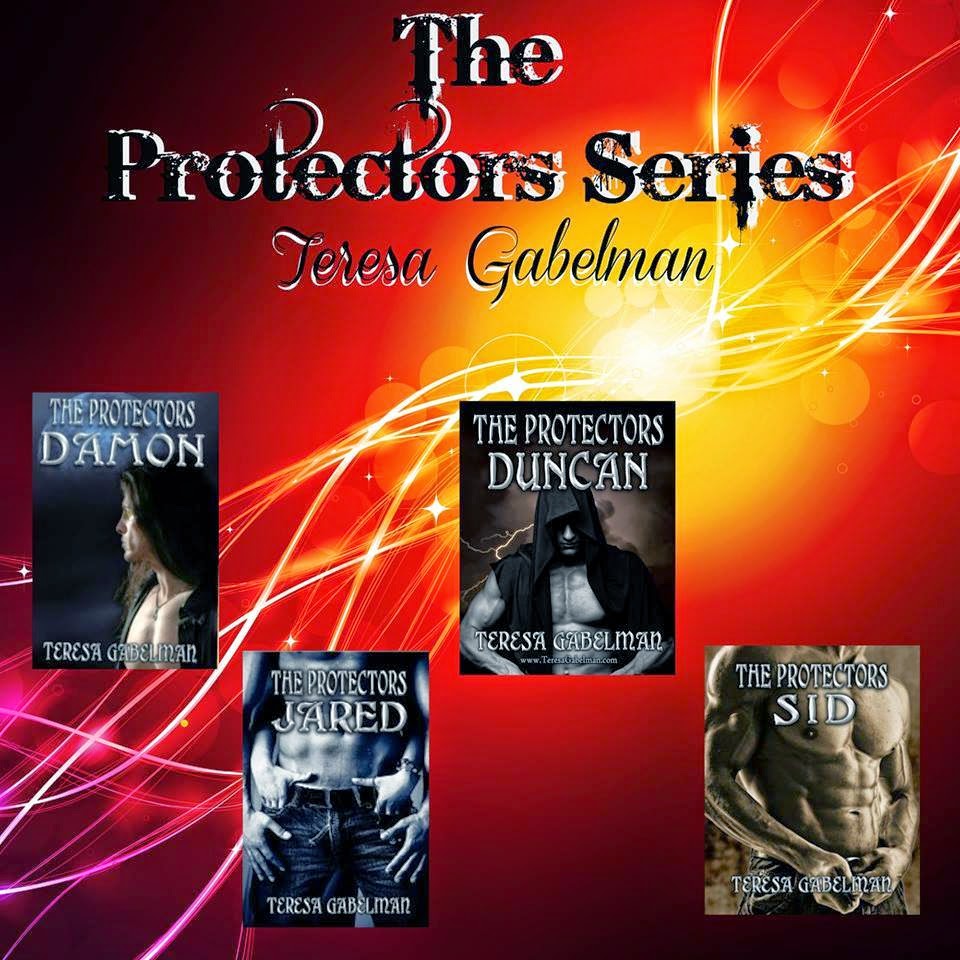 
“Why don’t you go out front with them, and I’ll ride to the apartment with one of these guys,” Pam added with a nod toward the other Warriors. Pam did lean back at the look on Duncan’s face. His expression scared her more than his yelling.

“Over my dead body.” He didn’t yell, but his lowered tone of voice warned her she may have pushed a little too far.

“Damon…off with his head.” Sid broke the silence with his usual smartass comment. “I’ve got things to do, and I’m tired of waiting.”

“Fuck up, Sid,” Sid finished for Duncan. “You guys seriously need to come up with something new.”


“If anything happens to her, I will kill every single one of you.” Duncan grabbed Pam’s hand, ignoring everyone as he led her out of the room.

“I don’t think he meant you.” Jared put his hand on Jill’s shoulder. “Then again, if things go bad, I’d hide out for a while.” Jared tapped the front of Jill’s cap down over her eyes as he passed her.


Duncan growled down the back of her neck. "You are mine, and I will not let you go this time."


Things get pretty serious in Duncan, the third installment of The Protectors. If you've read Jared, the second and previous book then you know how it all ends.

Well, Pam is back and it's against her will because the reason she ran away was to protect everyone she loved and cared about. But she had no idea Duncan Roark, the fearless leader of the VC Warriors has become a shell of his previous self because of that. She had no idea he loved her.

She was also a changed woman. Gone was the crazy BFF. She  too was only a shell of her former self and all thanks to her asshole of a boyfriend, Kenny. Who's the bad guy in all this.

And oh, we find out that there's so much more than vampire kids trafficking going on and what is actually going down. Let's just say, the Warriors have it cut out for them. But they're badass and they're not to be toyed with.

Duncan Roark has surprised me. The silent and deep Warrior and leader has found something he's passionate about, something he's dreamt of having. And he gets more than he bargains for but that's perfect for him. And that just shows what a fantastic guy he is.

"Because I don't believe that Duncan 'Do Everything By The Book' Roark punched a detective. I mean, I seriously think I have a man crush going on here." ~ Sid

All of the Warriors are present. They all play a major roll in the story.

But! Oh, this is a HUGE but! There's a new Warrior in town and let me tell you, he is THE definition of BADASS.

"Doesn't feel too good, does it, badass?" an unfamiliar, deep gravelly voice growled.

"Who are you?"
"Slade Buchanan," he replied.

Slade Buchanan. The name of my new love. Actually, he's an old one but oh, I fell in love with him all over again!

"Could men be beautiful? Because this man was the most gorgeous being she had ever laid eyes on."

The humor and sarcasm is still a big part of the story. Somehow, Sid seems to be the clown of the bunch.

"That's actually a good picture of you." Jared observed tilting his head. "You should get that one framed."
"Thank you." Sid grabbed it looking it over. "I think I may just do that."

Suffice it to say, read it. Five stars. Ten.

Once you start with Damon, you get sucked in - no pun intended - and you will just want more and more and hopefully, Teresa will keep writing them because this is one of my favorite series.

"With just one look, he was hers."

***Copy given by the author in exchange of honest review***