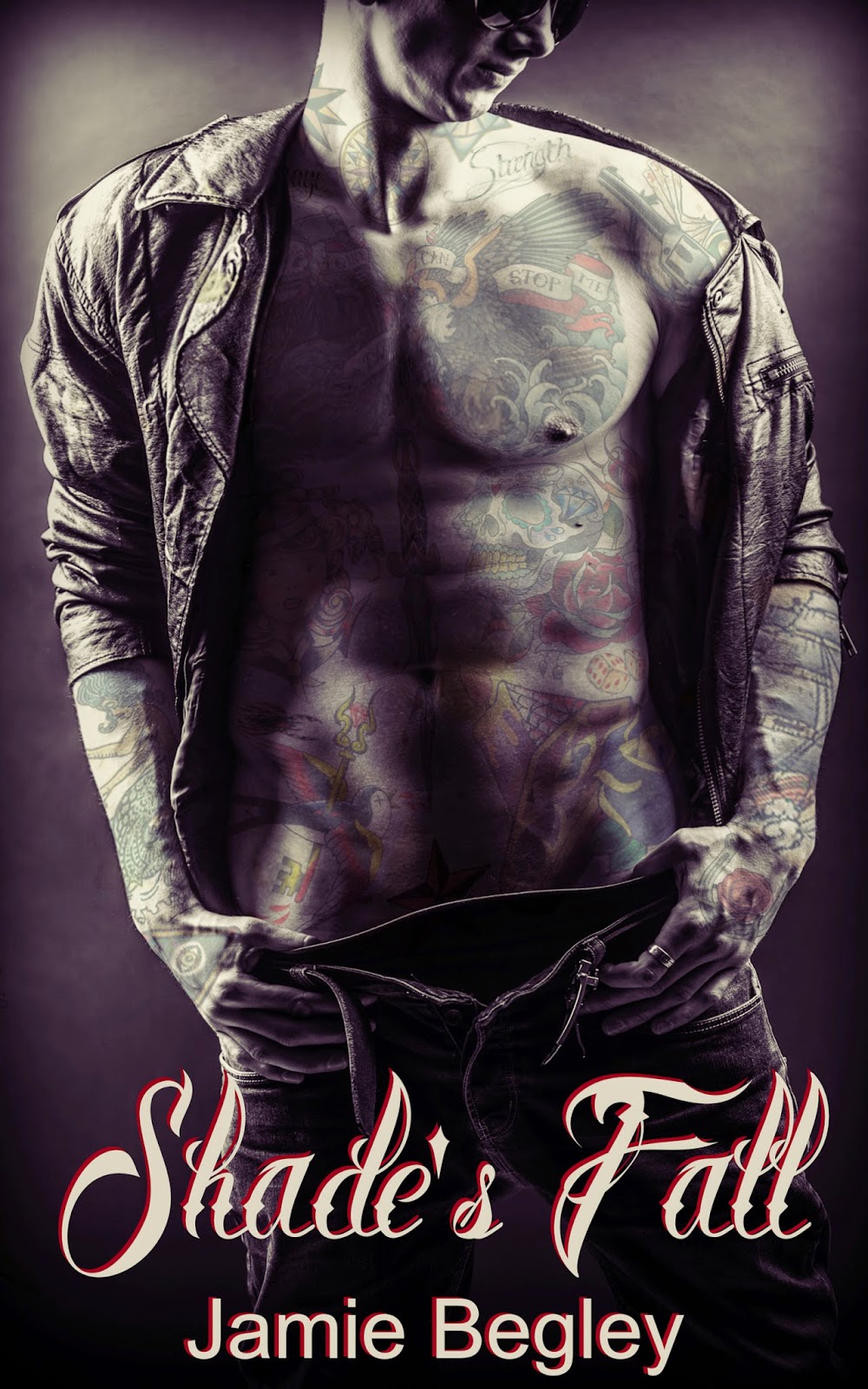 Blurb
Shade is everything Lily doesn't want in a man. He's rude, obnoxious and he's definitely not a cowboy. The tattooed enforcer for The Last Riders is a mystery Lily doesn't want to solve. He's too much for her to handle, especially with the nightmares from her past constantly threatening her sanity.

Lily is everything Shade wants in a woman. She's sweet, kind and submissive. When she discovers the truth about The Last Riders, it threatens to tear apart every relationship within the club. Her rebellion causes the predatory instincts to rise in the ex Navy SEAL sniper.

When the nightmares from her past come calling, Shade is her only hope of surviving the approaching confrontation.  Could their passion be Shade's downfall? 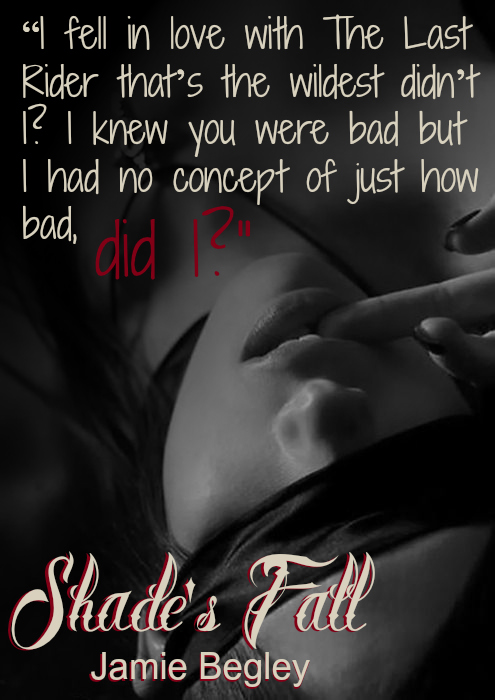 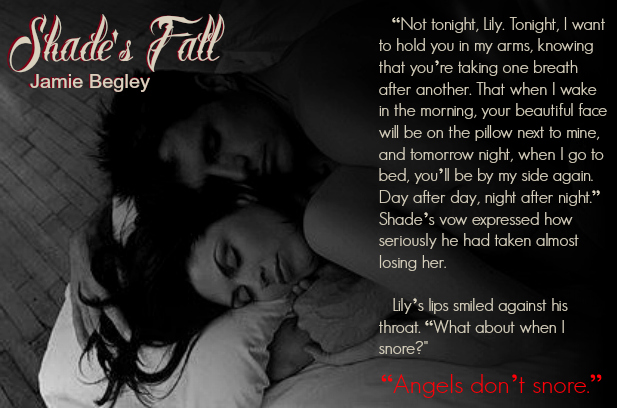 *NOTE TO READERS*
This book is a stand alone story. However, to receive the full experience these books are recommended before "Shade's Fall" in the following order: 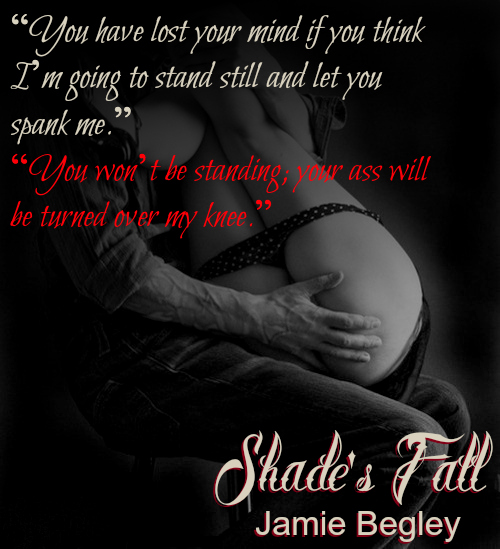 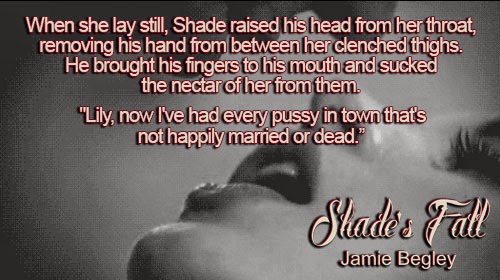 Author Bio
“I was born in a small town in Kentucky. My family began poor, but worked their way to owning a restaurant. My mother was one of the best cooks I have ever known, and she instilled in all her children the value of hard work, and education.

Taking after my mother, I’ve always love to cook, and became pretty good if I do say so myself. I love to experiment and my unfortunate family has suffered through many. They now have learned to steer clear of those dishes. I absolutely love the holidays and my family puts up with my zany decorations.

For now, my days are spent writing, writing, and writing. I have two children who both graduate this year from college. My daughter does my book covers, and my son just tries not to blush when someone asks him about my books.

Currently I am writing four series of books- The Last Riders, The Dark Souls, The VIP Room, and Biker Bitches series. My favorite book I have written is Soul Of A Woman, which I am hoping to release during the summer of 2014. It took me two years to write, during which I lost my mother, and brother. It’s a book that I truly feel captures the true depths of love a woman can hold for a man. In case you haven’t figured it out yet, I am an emotional writer who wants the readers to feel the emotion of the characters they are reading. Because of this, Teased is probably the hardest thing I have written.

All my books are written for one purpose- the enjoyment others find in them, and the expectations of my fans that inspire me to give it my best. In the near future I hope to take a weekend break and visit Vegas that will hopefully be this summer. Right now I am typing away on my next story and looking forward to traveling this summer!” 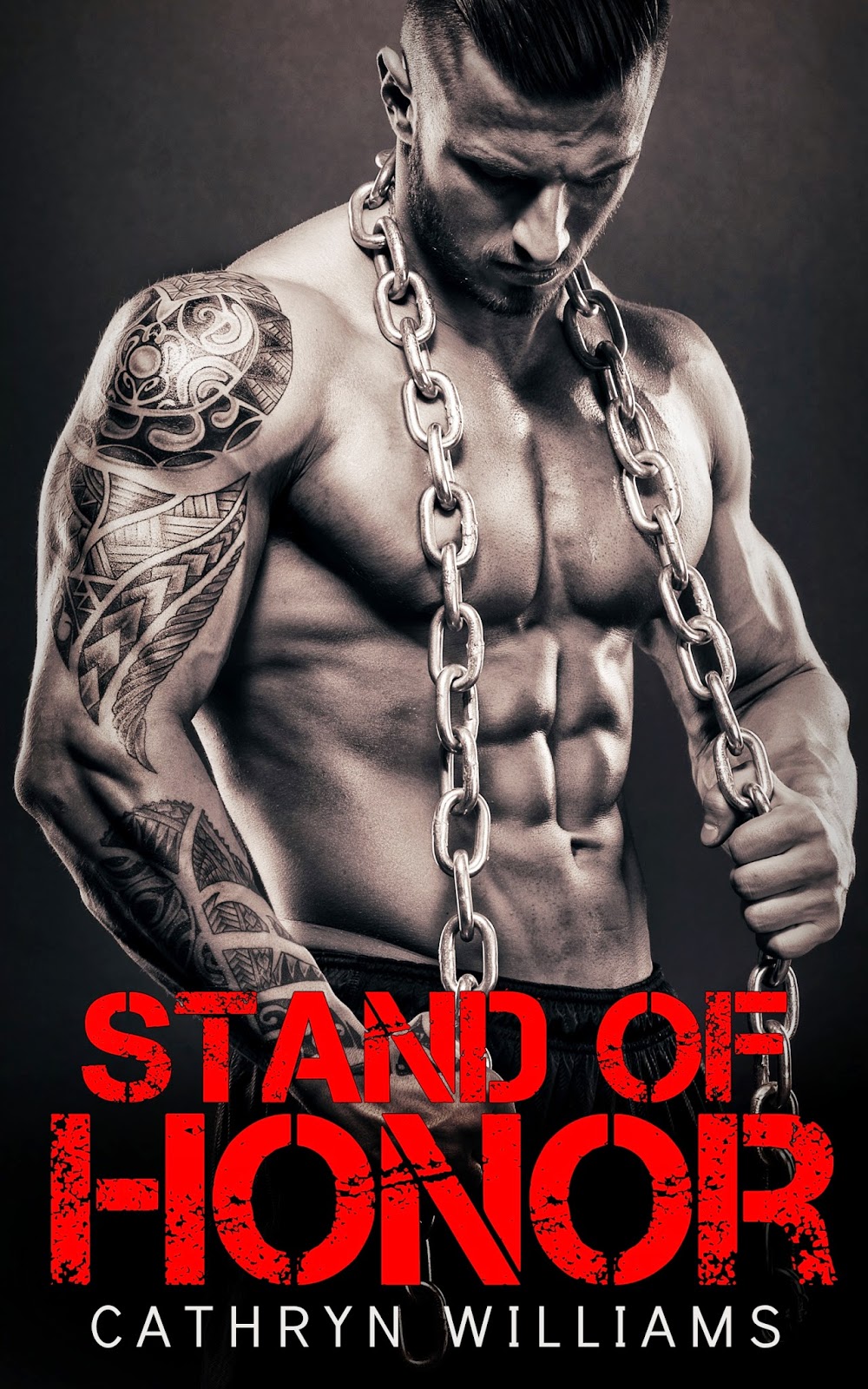 Stand of Honor
Stand Series #1
By: Cathryn Williams
Blurb
Melanie Brooks is determined to prove her father wrong, she does have what it takes to be a champion in the cage. The only problem is that she needs a trainer, one that can help her get the championship belt she's determined to win. Her brother's friend Zane is the obvious choice, now she just has to convince him.

Zane, a disgraced MMA fighter, takes one look at the feisty Melanie and knows he is headed for trouble, but decides to go for it anyway. For her own safety, he should stay away, but Melanie’s fighting spirit reawakens his own, forcing him to make the choice to stay a prisoner of his past or fight his way back to being a champion.

Author Bio
Cathryn Williams is the oldest and only female in a family of four children.  While born on the east coast, she has lived all over the country.  Her father’s job as an engineer caused the family to move throughout her entire youth.  She has spent time in Texas, Idaho, and Nevada before moving back to the eastern part of the country as an adult. It was during these early years that her love of literature began, starting with Nancy Drew and growing with the Sweet Valley High series stories.  This passion grew with each book and has caused her to transition into writing her own stories.  Cathryn’s inspiration stems from a diverse childhood, loving family, and oversized lapdog Scarlet.  When not giving life to her characters, she enjoys traveling, marathoning TV shows, and spending time with her family.