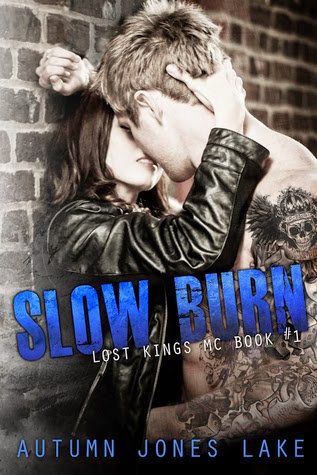 Forced to represent an outlaw biker, a married attorney must come to terms with her feelings for her client while avoiding the danger he brings into her sedate life.

Forced to represent the outlaw biker, Hope is rattled by her immediate attraction to Rock. Hope is a good girl in a good marriage. Rock thrills her, but she's not going to throw away everything she's built on a fling with her criminal client.

Rock respects Hope enough to leave her alone, even as he realizes he's become a little obsessed with her. When their connection endangers her life, he'll have to destroy her in order to save her.

After tragedy strikes, Rock is determined to earn Hope's forgiveness and convince her that even with their staggering differences, they're meant to be together.

First, I want to thank a friend for loaning this to me because it not only got me out a funk - nothing seemed to keep me interested enough - but it also made me a believer of the MC genre once again.

Rock had me falling for him fast. Hope too. I often can't read a book because of the heroine, but it wasn't the case here. Hope has the backbone to stand up to Rock, even though she's insanely attracted to him. There was, however, one factor I had no idea how it would be solved. Hope was married.

Now, my friend immediately told me this and she also said, "Give it a chance, you'll see." So I did. And I saw.

I won't give away anything, but yes, Hope and Rock do end up getting a HEA. Or, at least, the start of it because this is only book 1. Book 2 will be out soon, thank God!

And, as usual, I fall for other characters, as well. You know them, the side characters that tease us with this and that, but we won't get their stories soon? Yup. Wrath. That big bad blonde is right up my alley and I won't be getting his book in the near future. Boo.

But, 5 stars, for sure because Rock is so damn sweet and he's only a little bit asshole-ish, not a major, uber jerk. Nope. He's the big bad Prez with the MC but a teddy bear with Hope. I was a goner as soon as I started it.

I highly recommend it and will keep up with the series because, really, I need more Wrath.