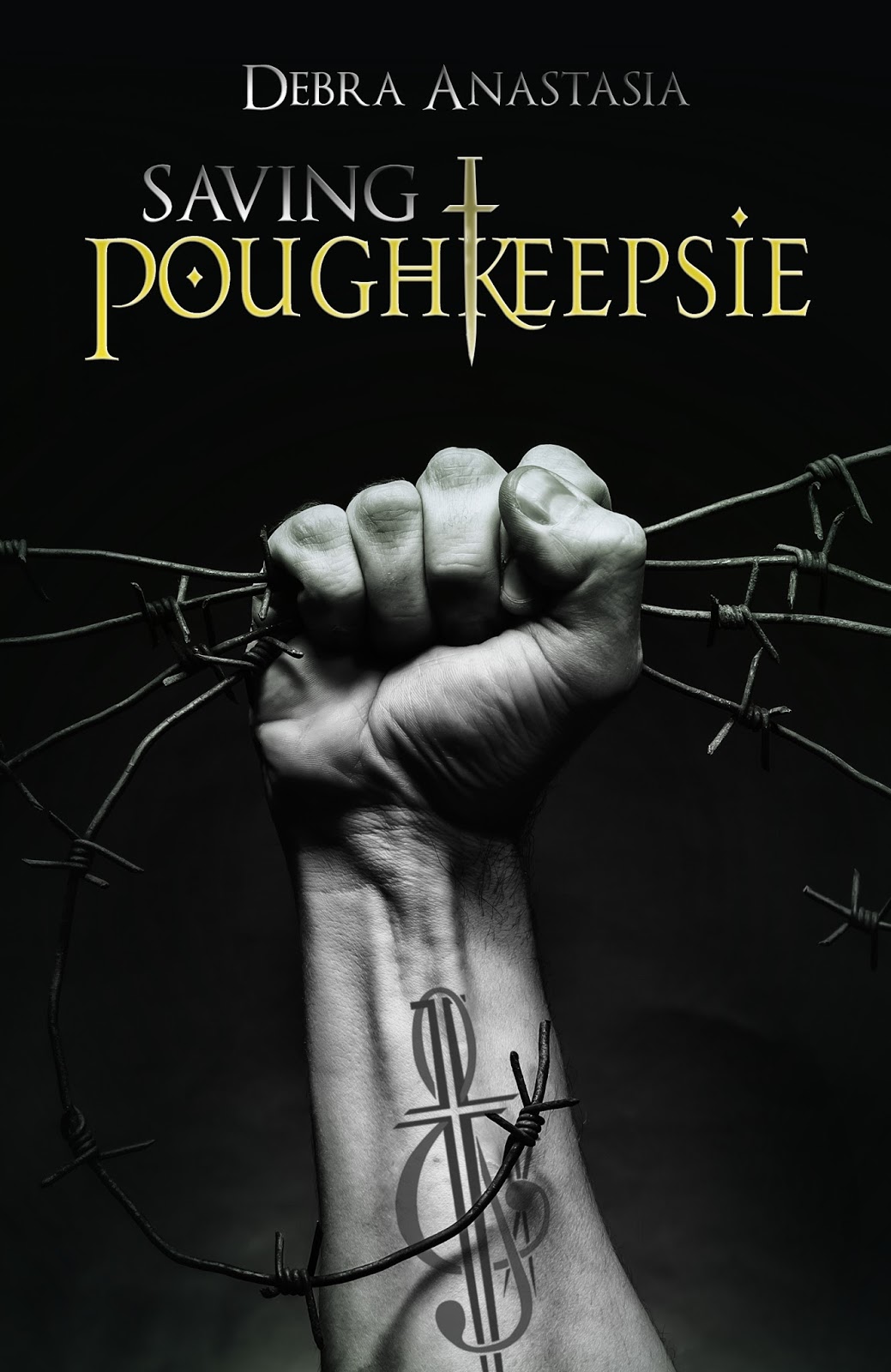 Beckett Taylor’s quest to be a better man has brought Eve Hartt back into his life, but sometimes it feels like they’re bound together with barbed wire. Though he longs to love her without causing pain, the wreckage of their past continues to crash down around them.

Yet with the help of this brothers—and for his brothers—Beckett won’t stop trying. He’s determined to make them all a family, to make a life they want to live, and to make Poughkeepsie a place that’s safe to live it.

He can feel their futures balanced precariously on his shoulders: Blake and Livia and their children, Cole and Kyle and the new baby they’ve just brought home, and Eve…always Eve. He wants their dreams to be real. But murderers don’t just get Happily Ever After handed to them. They have to wrench it away from Satan himself.

Good thing Beckett is prepared to do just that. After all, saving Poughkeepsie is the only way his story ends.

Prepare your heart and your head for a wild ride in this final installment of the Poughkeepsie Brotherhood series. Debra Anastasia does not disappoint as she weaves the last chapter of a story that blends true love, turbulent emotions, and life’s harsh realities into an uplifting tale that calls to the good in each of us. 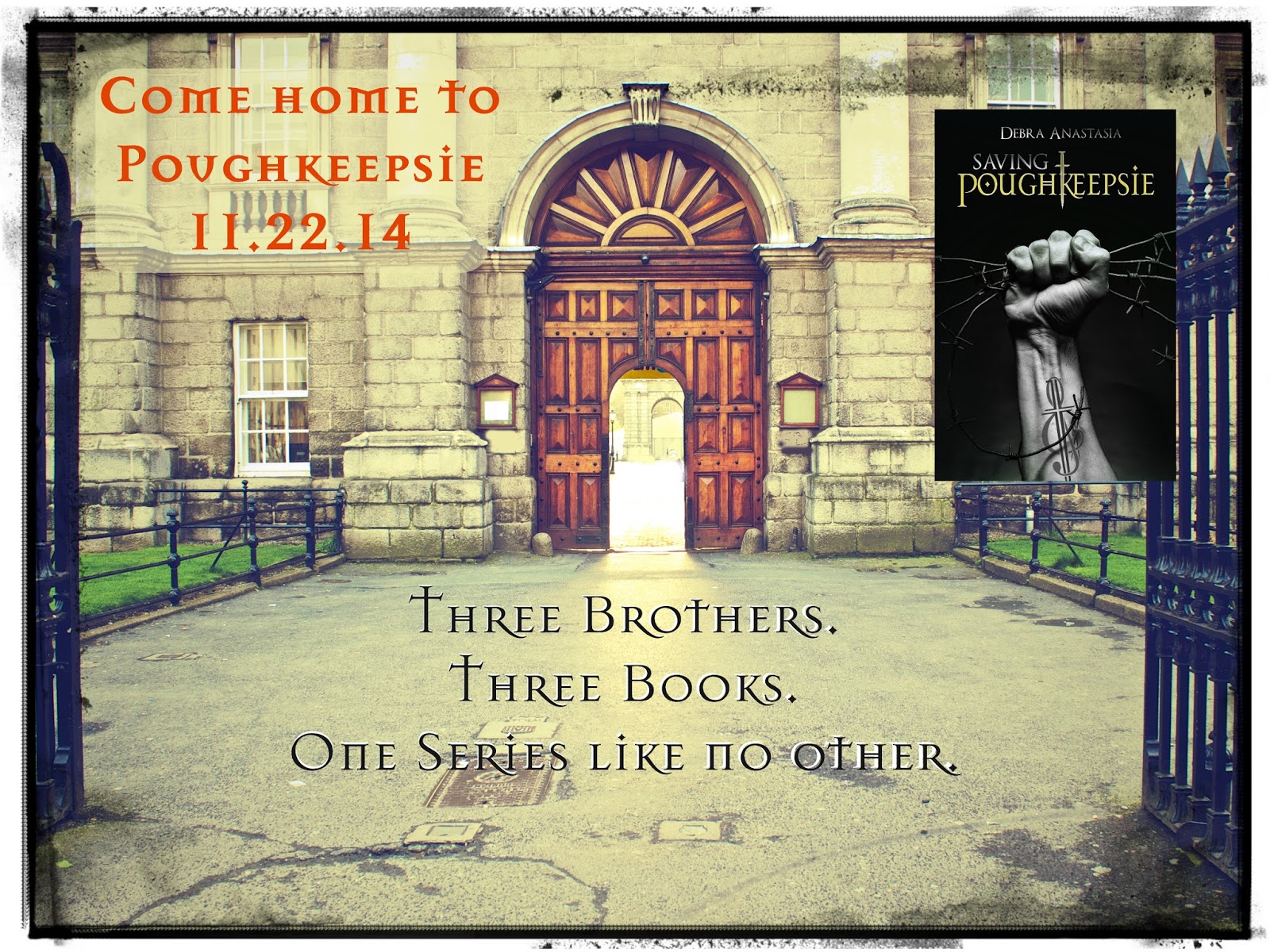 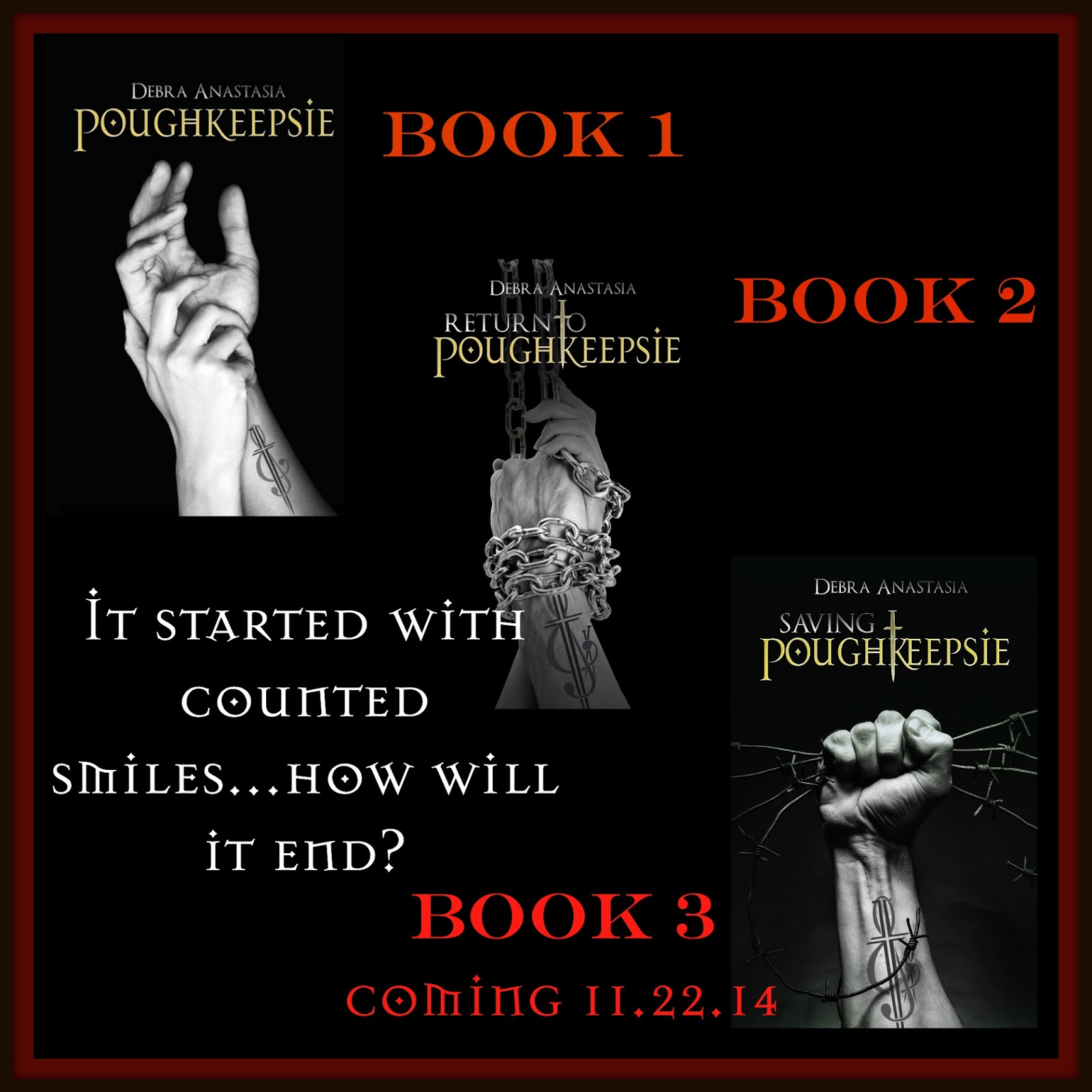 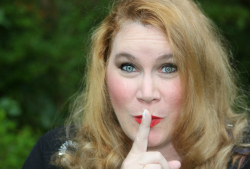 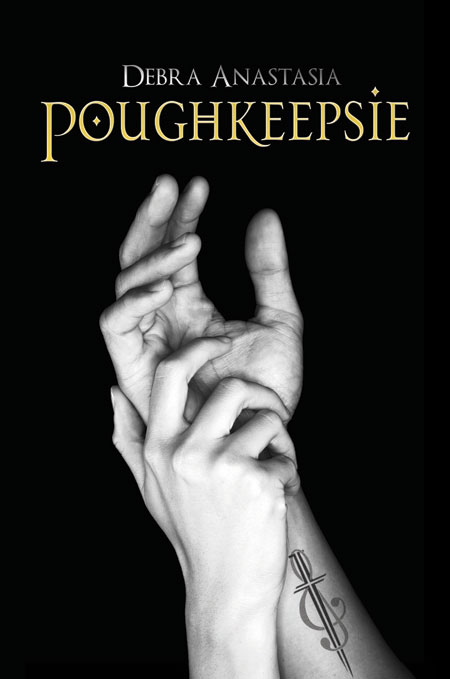 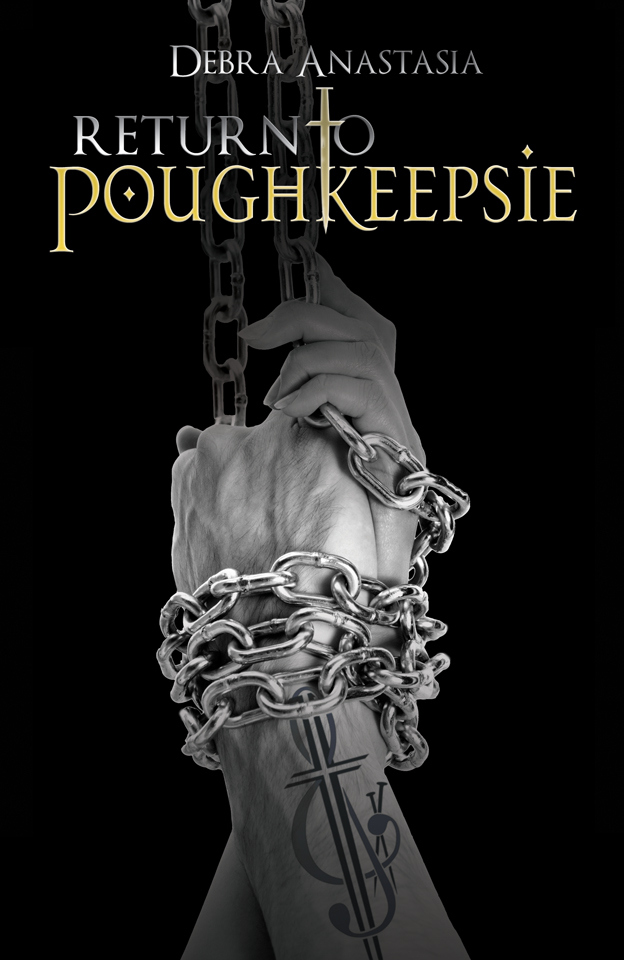 “I’m not worried about tomorrow. I’m worried about right now, with you, under this Christmas tree.” Blake supported her neck as he laid her on the floor.
Livia turned her head. “You’d better convince me. So far you’ve talked about the dog going to the bathroom, trash, and dirtiness.”
Blake kissed her jaw and turned her head gently, kissing her mouth as she bit her lips together.
“Can’t I just convince you with my manly ways?” He wiggled his eyebrows.
He could, of course, do just that—but she shook her head. She loved the playful sparkle in his green eyes. His five o’clock shadow just made him more handsome, framing his kissable lips with scruff.
“Okay.” He put his fingers at the bottom of her shirt, lifting it gently so he could circle her belly button with his index finger. “You’re the sexiest, most beautiful woman on this planet. So sexy, in fact, that I had to have you. I had to make you bear my children because my universe and yours had to be combined. Everything I’ve ever been needed to be buried inside of you, so deep, so full of love that we created life. Twice.”
He lifted her shirt and kissed the tops of her breasts, whispering his devotion into her skin. “And it’s never enough. Unless I can hear you coming, I can’t think of anything else. All day every day. For years now. You’re that powerful, Livia. This. Us. It’s so intense that years haven’t cured me. I can’t stop wanting to make love to you.”
“Wow.” Livia smiled and pulled his face back to hers, kissing him and effectively stopping his beautiful words.

“Come with me.” He led her to the beach again, but during dinner a few people had been busy. It was now lined with an aisle of candles, and a man stood close to the breaking surf, hands crossed, waiting. Someone had used the surrounding sand as a canvas, creating a swirling pattern. Their names were part of the art.
What? She asked without a sound.
“I want you to marry me. Here. Now.”
Beckett let go of her hand and strode away. When he turned around, close to the water at the end of the aisle, he hoped to hell she wasn’t running in the other direction.

"Our goal is this and only this: Saving Poughkeepsie."

I'm still reeling from all the things that happened, that went down in this book. Ms Anastasia needs to give me a lot of hugs - she even offered her bosom to me - because I'm left empty. Drained up. I got teary-eyed, I laughed and melted. Not to mention, chewed on my nails because there were quite some angsty scenes.

So, Beckett and Eve are happy together but it can easily be taken away from them because Rodolfo Vitullo, the man whose daughter Eve killed in Return to Poughkeepsie, wants Eve for a very sick plan of his. Of course he doesn't succeed because Eve is just that badass, but nobody knows the old bastard finds another way to getting what he wants. And he comes this close to succeeding in that one.

Poughkeepsie becomes safe again, slowly but surely. It becomes a safe haven for misfits, just like in Maryland - Beckett realized ruling with an iron fist and putting the fear into people wasn't the way to go, so he tried with loyalty.

There's a peaceful period, after some things that went down - I either teared-up because of the aw-moments or because of the sad ones, but nonetheless, tear up, I did - and then everything blows up.

I can't even explain all of this, without giving something away. Every detail is important, everything they do. Beckett, once again, places everyone else above himself. That man is something unbelievable and he's a thousand kinds of amazing! I'll only say this, that bastard has a romantic side that turned me to mush. He evolved and changed so much, throughout the series. All of them did, but I think this change is most noticeable at him because he rose from the drug lord and pimp ruler, to the pseudo-saint that wants what's best for his family and his people. Just you read and see for yourself.

I knew reading this book would be bittersweet. I knew it. I was also lucky enough to read an early copy of it, for which I will be forever grateful! This series is different, it combines so many things, friendship, family, deep bonds that do not need blood to be created and kept. It's just wow and awesome.


5 +++ stars. I'll be rereading this series many times because I'll miss these characters. I may not have met them, back when the very first book was published, I may be a recent fan, but I do know that I fell and I fell hard. There's no going back now.

P.S. It may be the end of an era, but it's the beginning of a new one.

P.P.S. My dream came true, in the epilogue. Technically, before that. Read it and maybe you'll figure it out.