Cover Reveal The Law of Moses by Amy Harmon 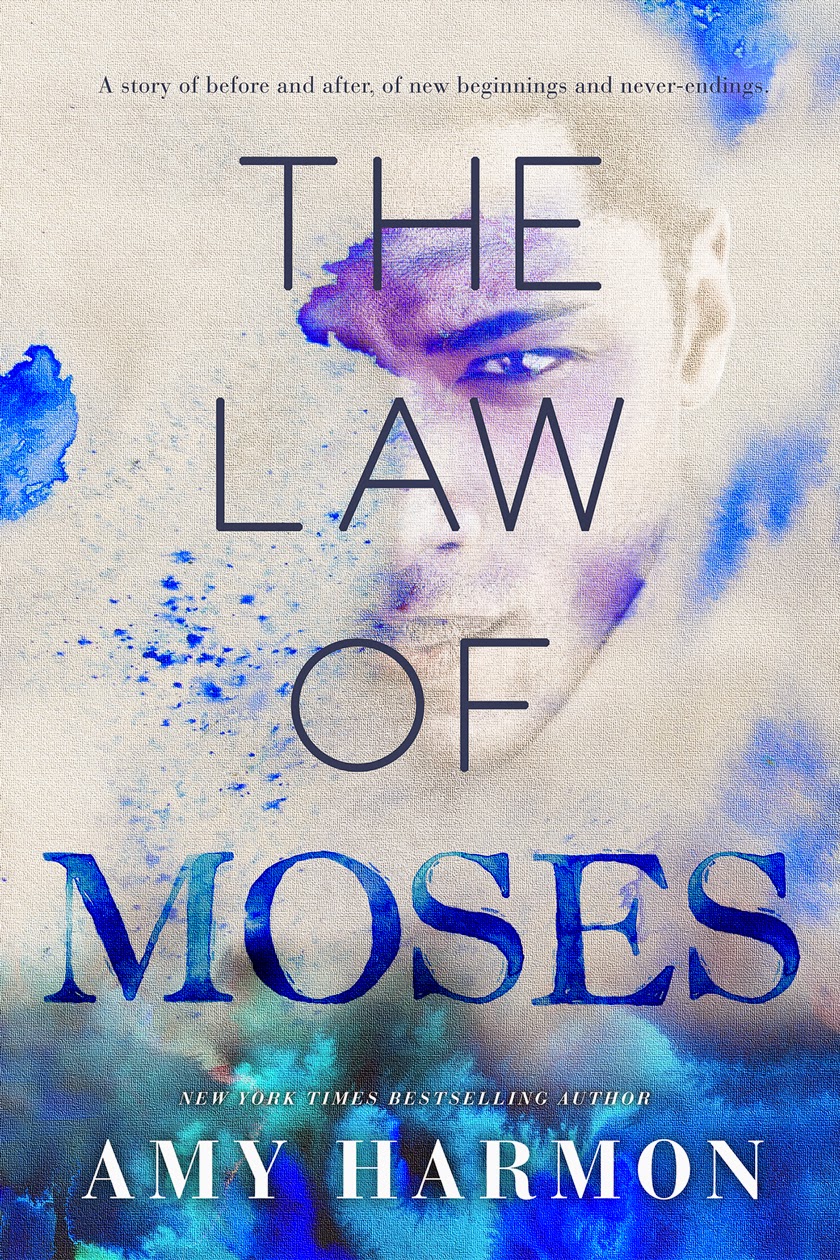 
It all happened before I was born, and by the time I met Moses and my mom told me all about him, the story was old news and nobody wanted anything to do with him. People love babies, even sick babies. Even crack babies. But babies grow up to be kids, and kids grow up to be teenagers. Nobody wants a messed up teenager.

It was when I sat up, shaking straw from my hair, that I saw Moses, just sitting in the far corner on a low stool my dad used for shoeing the horses. He was as far away from the horses as he could get, and thankfully, none of them seemed especially alarmed by his presence. But I was, just for a moment, and I let out a startled squawk.
He didn’t apologize or laugh or even make small talk at all. He just eyed me warily, as if watching me sleep was what I had summoned him for.
“What time is it?” I whispered, my voice scratchy and my heart heavy. He just made me feel so damn heavy.
“Two.”
“You just got home?”
“No. I went home. Showered. Went to bed.”
“You’re sleep walking, then?” I kept my voice light, soft.
“What do you want, Georgia? I kind of thought you were done with me.” Ah. There it was. A flash of anger. Quiet, brief. But there. And I reveled in it. My mom always said negative attention is better than no attention at all. She was usually talking about foster kids who acted out. But apparently it also applied to seventeen-year-old girls who were in love with boys who didn’t love them back. That thought made me angry.
“Do you love me, Moses?”
“No.” His response was immediate. Defiant. But he stood and walked toward me anyway. And I watched him come, my eyes roving over him hungrily, my heart a huge, needy knot in my chest.
I didn’t argue with him because I knew that’s what he was going to say. And I had already decided that I wouldn’t believe him.
He squatted down beside the square bales I’d turned into a love nest. But he said he didn’t love me. So maybe my bed needed a different name. I laid back down and pulled the blanket around my shoulders, suddenly chilled and incredibly tired. But he followed me, hovering above me, his arms braced on either side of my head as he watched me watch him. And then he closed the distance and kissed my mouth chastely. Once, twice. And then again, not so chastely, with more pressure and more intent.
I breathed deeply and wrapped my hands around his neck, bringing him into me. I soaked in his scent, the sharp tang of paint mixed with soap and the red striped candy mints his grandma kept in a bowl on the kitchen table.  And something else too. Something I had no name for, and it was that unknown part of him that I wanted most of all. I kissed him until I could taste it in my mouth and when that wasn’t enough, I pulled it through the palms of my hands and the brush of my skin against his as he moved his mouth to my neck and whispered in my ear.
“I’m not sure what you want from me, Georgia. But if this is it, I’m willing.” 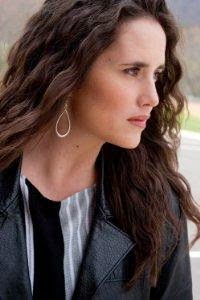 Amy Harmon knew at an early age that writing was something she wanted to do, and she divided her time between writing songs and stories as she grew. Having grown up in the middle of wheat fields without a television, with only her books and her siblings to entertain her, she developed a strong sense of what made a good story.
Amy Harmon has been a motivational speaker, a grade school teacher, a junior high teacher, a home school mom, and a member of the Grammy Award winning Saints Unified Voices Choir, directed by Gladys Knight. She released a Christian Blues CD in 2007 called “What I Know” – also available on Amazon and wherever digital music is sold. She has written five novels, Running Barefoot, Slow Dance in Purgatory, Prom Night in Purgatory, the New York Times Bestseller, A Different Blue, Making Faces and most recently, Infinity + One.
Her newest book, The Law of Moses releases on November 27, 2014. 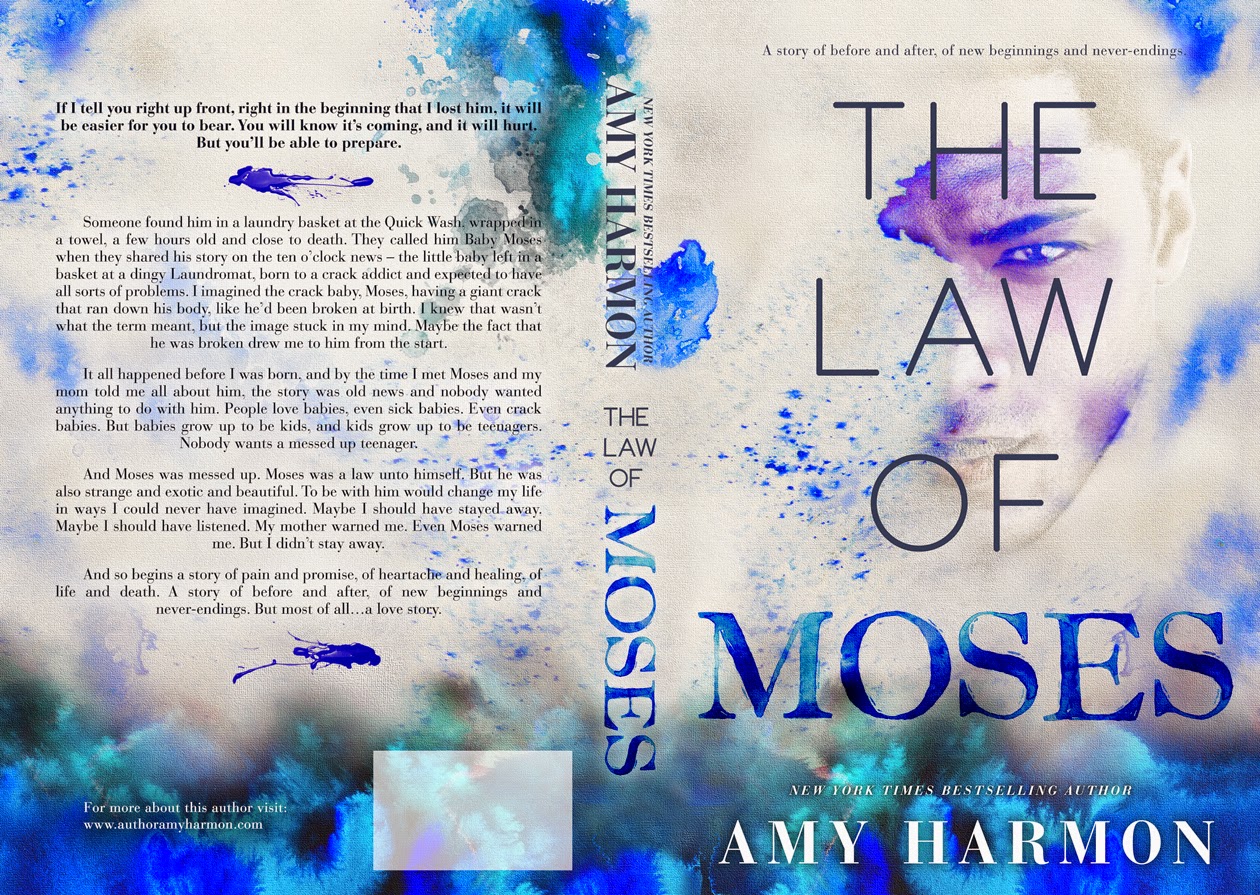 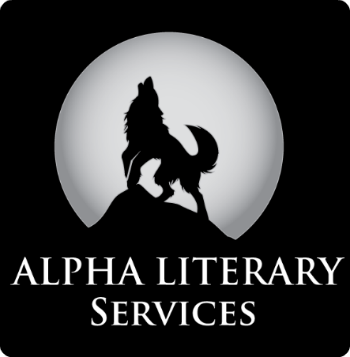