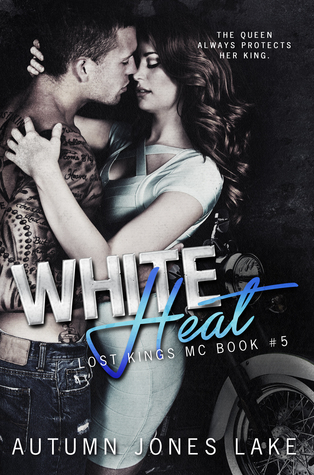 If you are familiar with Autumn's work, with her LOKI MC series, then you know Rock, Hope, Wrath and Trinity. If not, you can get to meet them and find out more about them here: 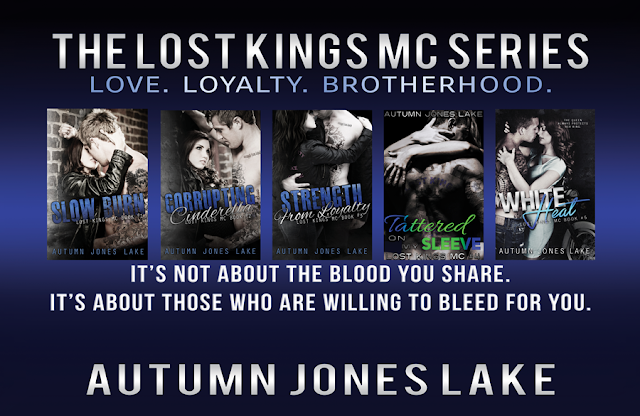 First, a little info about Autumn...

Autumn was born and raised in Upstate, New York. She spends her free time listening to music, going to concerts and spending time with her family. She enjoys reading, writing, acting and horror movies. Her favorite books are mystery, thrillers, horror, romance, erotica and urban fantasy.

You can find her here:


Hi, thank you for being with us again! It’s always a pleasure having you <3

Thanks for having me!

The last time you were here, we talked about Autumn, her likes and dislikes. I’d love to focus on one particular thing, your books.

I’m ashamed to admit but I didn’t read your paranormal series, which is what you started out with, if I’m not mistaken. Catnips & Cauldrons. Please tell us more about them, what made you start your career with PNR?

I have a deep love of horror and paranormal. That’s mostly what I grew up reading, so paranormal romance seemed like a natural fit. Catnip & Cauldrons focuses on a group of twenty-something cat shifters who are trying to change the archaic traditions their parents keep forcing on them.

I know you put a lot of effort into your books, you always write and re-write scenes. Have you ever re-written the entire beginning or even ending of a book? If yes, which one was it?

Hmmm…I’m usually never satisfied with an ending. I think Tattered was the first ending I was satisfied with right away. I don’t think I have ever completely rewritten a beginning or ending. Maybe Strength From Loyalty, because I think originally it ended in Hope’s POV, which didn’t feel right. Then it ended with the guys in church and that didn’t feel right either.

So, I’ve definitely changed, rearranged or expanded starts and finishes. I have heavily rewritten scenes. Especially certain scenes in Tattered on My Sleeve.

Do you see how the next books will play out in your LOKI MC series?

OH YES! I know where they’re going to a certain extent. When I start writing them, I’m sure the characters will go their own ways. Heidi has been especially difficult!

What made you finally want to publish Mara & Damon’s book? I know you wrote it a while back and it needed polishing.

People (um, this interviewer) kept asking me about them. I really loved their story. But it did need work. Now that I’m diving into it, I’m wondering what I’ve gotten myself into. I think trying to fix something is almost harder than writing from scratch!

Okay, I know many are probably wondering: #TeamAxel or #TeamMurphy? I know you love them both but let’s see if you can pick one, LOL

Well…to be fair, I haven’t spent a lot of time with Axel yet. Whereas Murphy is quite chatty. But I can’t pick teams just yet.

You mentioned this year is packed, you’ll be releasing quite a few books. Tell us more about them!

January is White Heat (Lost Kings MC #5) Hope & Rock’s wedding. February is Kickstart My Heart, which is included in the 80’s Mix Tape Anthology (Romance Rewind #2) and after that I hope to release Objection (Mara and Damon’s book) re-release the Catnip & Cauldrons books, and then Murphy’s book, which is tentatively called On The Edge (Lost Kings MC #6). I have a few other smaller projects in mind, but I see Murphy’s book taking up a LOT of my time and sanity. I’m also attending at least four signings which is a huge deal for me. Very exciting times!

Let’s talk White Heat. Are you happy with the direction your characters are taking you? Will there be more Rock & Hope/Wrath & Trin? I vote AYE for the latter. You know I love Rock & Hope too but oh, Wrath <3

YES! I love them so much. Even after going through this book fifty times at the end of the editing process something Wrath or one of the guys said would still make me laugh out loud, so no matter what I’m really happy with how White Heat turned out.

I’ve given it lots of thought and yes, there will be more in store for Rock and Hope in the future. They’re a huge part of LOKI so they will play a large role in future stories. Wrath and Trinity deserve their wedding novella and I think they’ll have it, I’m just not sure timeline-wise how that will work out, but it’s coming.

How does it feel having won quite a few awards this past year? Best Book Cover, Best MC Romance Novel, Best Erotica Novel.

OMG. Those were awesome because they were readers who took time to go and vote in those categories, so that is really amazing to me. And I think I read somewhere that Wrath won best book boyfriend, which was so cool!!

Okay, one last question before I go hang out with my favorite couples, I’m awfully curious about this answer. So, Rock or Wrath? Easy as that, haha!

Nope! Can’t do it. I’ve tried and I just can’t. I love them both too much.

I also sat down with four of my favorites:

***Note: this interview may contain small spoilers, so make sure you've read White Heat before reading the interview. Unless you're okay with spoilers.***

Hey, guys! *blowing a big smooch to Wrath* Besides Wrath, it’s the first time I’ve had the chance to chat with you guys! I’m so excited! Congratulations on the marriage and patch in!

So, Rock. Did you ever see yourself as the President of an MC club?

Rock: I don’t take orders well from others, so yes.

Can you tell us what your dream was, growing up?

Rock: I think what anyone wants to have a good woman, a family to take care of. Not to have to answer to anyone.

What word would you use to describe yourself?

Hope! You, lady, are awesome! Now, can I ask if you’ve ever seen yourself becoming First Lady of an MC? I really love how Murphy calls you that!

Hope: (snort-laughs) No. Never. I didn’t know there was such a thing.

What are your and Rock’s plans, for the future, as a married couple?

Hope: Uh, I think we have some work left to do finishing our house. And it will be a challenge to see if we’re ever left alone for more than five minutes.

And I’d also ask you to describe yourself with one word, as well.

Trinity: Aw, she is. She’s patient too.

Trinity, let me give you a hug! I also want to congratulate you for the wonderful things that happen in White Heat! Now, can you please tell me if you see a career as a photographer in the future? I know how much you love making the covers!

Trinity: Maybe. I still have a lot to learn. But it’s something I enjoy.

What’s one positive word you’d use to describe yourself?

Speaking of, I do hope you don’t mind me being the Mistress. It’s just a title, really. He’s all yours *grumbling* Unfortunately.

Trinity: (laughter) I definitely have my hands full.

Plans for your joint future? I know you must have something in mind! Maybe even having Wrath start a modeling career? *snort* Oooh, the many women that would make happy!

(At this point, Hope laughed so hard, she started to hiccup. While Rock attempted to help, by patting her on the back, he was laughing too hard.)

Wrath (glaring at Rock and Hope): No plans for that. I have plenty club business to keep me busy.

Wrath. My love. I don’t know if you’ve heard but you’ve been given the title of Lord. I’m thinking no objections to that.

Wrath: (might possibly be blushing?) Nope. I can live with that.

You are different in White Heat. Trin’s good for you. How did it feel to finally give her your property patch?

You may curse me and my descendants for this, but I really do think you have a shot at being a model for book covers. Dressed up a la Mr. Darcy, looking like a true Lord Ramsey, making women of historical romance novels swoon all over the place!

Trinity: He might actually be speechless. But to answer your question, because I don’t think he’s going to, I totally picture him on the cover of a good Viking era romance, or maybe even a Scottish Highland—

(Hope laughs so hard she has tears running down her cheeks. Rock, is also shaking with laughter.)

Hope: In a kilt! (the rest is lost to her giggling).

Trinity (glances over at Rock): Wrath isn’t the only cover model in the house, you know.

Okay, Wrath, tell us where do you plan on taking Trin for your honeymoon?

Okay! Final question, guys. Small research - well, a poll of sorts - shows that the majority of the ladies prefer... Rock instead of Wrath. There were a couple that couldn't choose between the two of you. What say you? P.S. Wrath, I'll always choose you.

Silence from all four.

Rock: I have no idea what to say to that. Thanks?

Wrath: Only one lady’s opinion I’m worried about.

Trinity: Muphy’s waiting outside if you want to hug him in person.

And there you have it. I'm looking forward to more! 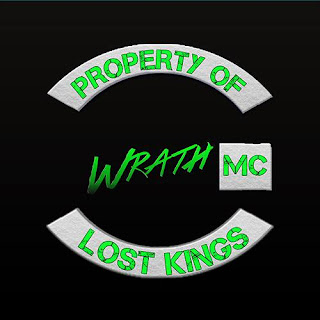 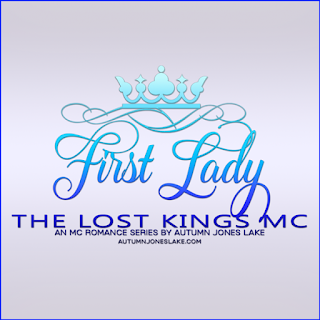 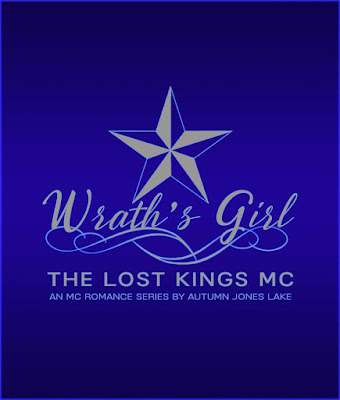