(Book 8 of The Guardians Of The Realms Series) 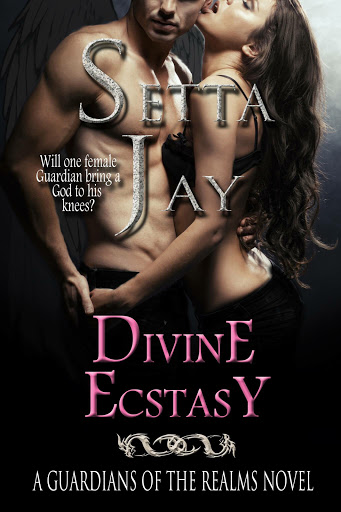 The slave of demented Gods, Sacha knew only a life of anguish and suffering until she was reborn as a Guardian of the Realms.  Gifted with immense strength and rare abilities, she has spent thousands of years battling to protect the four Realms with her Guardian family.  Time has allowed her to construct the perfect mask of calm and control so none can see the past shame and immense pain buried in the darkest recesses of her mind.  Now, an encounter with a new and powerful enemy has left Sacha the victim of a poison induced coma that all are unable to heal.  The last thing anyone imagines waking her is a God with the strength and potential to unravel her entire world.
As the most powerful of the Gods, Hades was awakened from the Creators’ enforced sleep to help the Guardians in their quest to find his heinous brother, Apollo.   After a brutal battle with an unknown Goddess leaves him in need of healing he finds himself powerfully drawn into the room of a sleeping seductress.  Her soul calls to him relentlessly, but if he surrenders himself to that connection and gives her the strength to heal, life as he knows it will end.With their worlds unraveling and new threats at every turn will Sacha’s past destroy them?  Or will she bring a God to his knees and lead them both into Divine Ecstasy. Warning: Sexually explicit content, dirty language and Gods behaving badly.

Presented by:
Charming Tours and Events

Posted by The Dirty Book Girls at Saturday, January 30, 2016