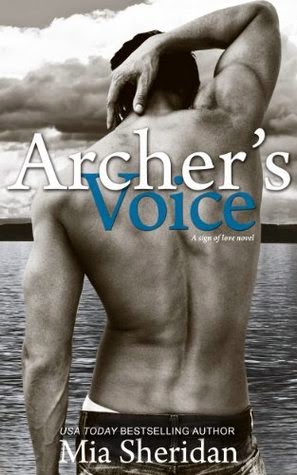 When Bree Prescott arrives in the sleepy, lakeside town of Pelion, Maine, she hopes against hope that this is the place where she will finally find the peace she so desperately seeks. On her first day there, her life collides with Archer Hale, an isolated man who holds a secret agony of his own. A man no one else sees.Archer's Voice is the story of a woman chained to the memory of one horrifying night and the man whose love is the key to her freedom. It is the story of a silent man who lives with an excruciating wound and the woman who helps him find his voice. It is the story of suffering, fate, and the transformative power of love.THIS IS A STAND-ALONE SIGN OF LOVE NOVEL, BASED ON SAGITTARIUS. New Adult Contemporary Romance: Due to strong language and sexual content, this book is not intended for readers under the age of 18.

II’m Mia Sheridan and this is my blog! I’m an avid reader, and now writer! of romance and erotic novels. I live in Cincinnati, Ohio with my husband who is a police officer and my biggest fan (not necessarily in that order).  ;)  We have four children here on earth and one in heaven. When I’m not sitting on my couch with my head buried in my Kindle, I can be found writing or doing anything creative from building a patio, to sewing pillows. The wild hairs I get know no bounds. Leo is my debut novel, but my head is swimming with more… 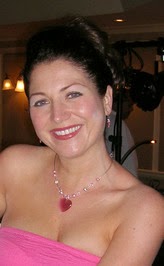 Archer's Voice by Mia Sheridan
My rating: 5 of 5 stars

I repeatedly heard good feedback on this book so I had to give it a try. Archer's Voice really is an amazing book. Too often in adult contemporary books the male lead is a 'bad boy' type. I'm totally not saying I don't love the bad boys, but how refreshing it is to fall for one of the good ones. Even if you find one who seems like a pretty stand up guy by society's standards, he's usually still a male whore. Archer is good through-and-through.

Bree has survived some hard times and is still going through them psychologically. She picks up, drops her old life and moves out to BFE for the change she hopes will heal her. Here she meets several lovely characters, a few sketchy individuals and falls upon a gorgeous loner.

Archer has outlived terrible times also. His past has left him mute and alone in the world. He just passes his time by his lonesome, growing hippie hair to cover his head and face, working on his land. He's self-taught and quite intelligent, although he is thought not to be. All this physical labor has made him buff as a body builder, and the separation from society has left him innocent to the 'games' most people play with each other and free of the attitudes that many men have toward women, sex, life, etc. He's a nonconformist with a quiet disposition and great moral fiber.

The storyline is about Bree and Archer facing their past and growing toward the future they desire individually and together. There are plenty of hiccups and evils lurking in their paths.


I want to be able to love you more than I fear losing you, and I don't know how. Teach me, Bree. Please teach me. Don't let me destroy this.

How do you teach a man who has lost everything, not to fear it happening again?

This is one of those must read books in my opinion. It makes you want to take the time to pay attention to the good things in life, to the pride of hard work and the peace in living the good life.


Archer Hale never missed anything. Since I had met him, it had occurred to me that it would probably be amazing what we could all see and hear if we would just shut our mouths a little more, and stop trying to constantly hear our own voice.


After writing about this story in the words I've used, I make it sound old-fashioned. So I just want to clarify, it's still super sexy, and Archer is super hot. He has made it on to my list of top book boyfriends. And this book is on my top books for 2014 list.


It was as if my body was his instrument and he learned to play it so perfectly that the melody vibrated within my very soul. Not only because of the pleasure he brought, but because he cared so much to know every little thing about me.


Of course, per my usual, I have to give bonus points to any mention of Harry Potter.


I looked at the title in my hand. "Harry Potter...hmm. This is a good one. Do you know why I like this one so much?"
His eyes found mine and he shook his head no, but didn't look away.
"Because it's about an underdog who no one at all believed in—this funny looking kid in glasses who lived under his aunt and uncle's stairs. But guess what? He ends up doing some pretty cool stuff despite everything he has going against him. There's nothing better than watching someone no one expects to win, come out ahead, don't you think?"


I have never read anything by Mia Sheridan before, but after this I definitely plan to read more. 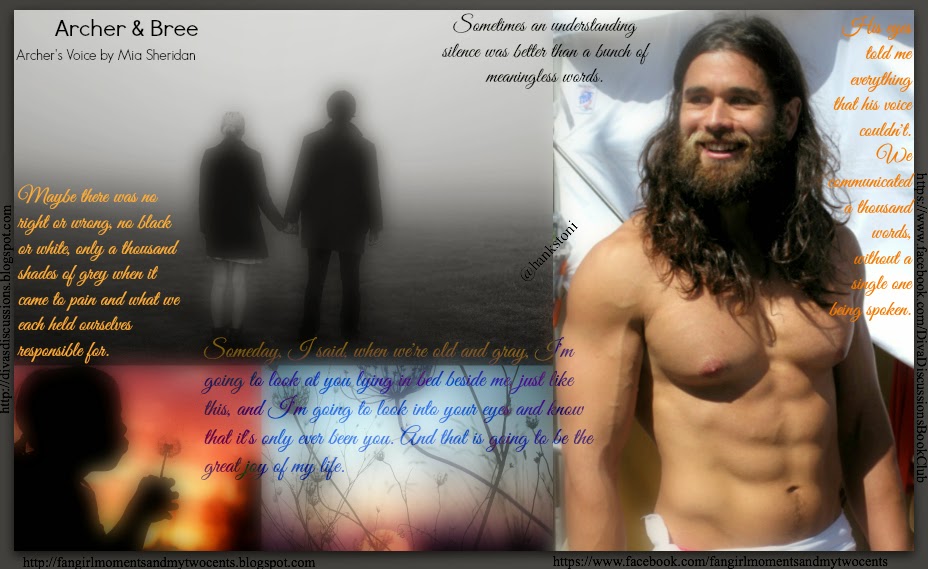