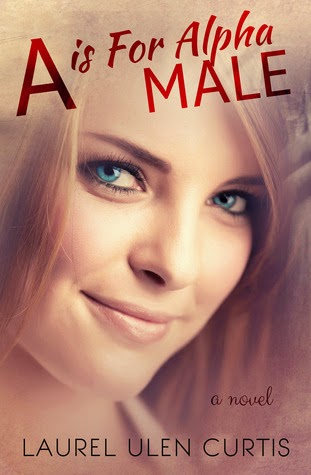 I’m Haley Whitfield, and I recently had the ingenious idea to enlist my mother, Allison, as my kick*ss sidekick and set out on a road trip.

This road trip wasn’t to be just any road trip, but a very special one indeed. An adventure with an acutely specific purpose-- to find our other halves. The peanut butter to our jelly. The i to our Phone. The stripper to our pole.

If our romantic desires were a personal ad, they would read something like this.

** Two sassy women (Ages twenty-seven and forty-nine respectively--Ouch. Okay, ages twenty-seven and thirty--with nineteen years experience-- respectively) seeking Alpha Males to love us with zeal and kiss us with skill. Gorgeous face and sexy, tattooed, hard body a must. If you aren’t a dangerous bad*ss with the x-rated skills and virility to match, don’t bother. Must be willing to protect us from danger, value our quirkiness, and keep your mouth shut when said quirkiness is what leads to said danger. Momma’s boys named Dan Smith need not apply.**

I know. It’s a bit wordy. In fact, it would probably cost a fortune. Luckily, we’re not ready for the personal ad. We’re not that desperate...yet.

This is my story.

Have you ever read a book, loved it and then wondered, “Why the heck didn’t I read it sooner?”

That’s me. With this book. Should have read it sooner. But still, the important thing is that I did, indeed, read it. Between you and me, there are so many books and unfortunately, we don’t get to read them all. Maybe in three lifetimes.

A is for Alpha Male is a MUST READ! First of all, it puts a heavy emphasis on one of the most important relationships out there, the mother-daughter relationship. And Haley’s relationship with her mom, Allison is awesome and really, really beautiful, one you surely don’t come across in literature very often. Maybe not real life either. So maybe that’s one of the reasons why I loved this book. This, right there crazy mother-daughter love is something that reminds me of my very own relationship with my mom. *raising glass of wine* Cheers, mom!

The other important thing was that sometimes you may come across something that you thought you wouldn’t want or need but your heart knows better, not to mention life, and they both smack you with a guy who’s not at all like the one you’ve been dreaming of. Apparently. Because people, appearances can and are for sure deceiving. There’s always more than meets the eye. And that was the case in this book.

Haley is hilarious and crazy. I loved her. She had a way with words that always had me cracking up.

"In other words, we just clicked. His tats were the perfect answer for my tits. No pun intended."

Danny. *fanning self* Where do I start? His beard. His dark curly hair. His hard, muscled body. His tattoos. His freaking dimples. As Haley would say,

Let me tell you, he was frustratingly annoying, at times. Then he was such a naughty, naughty boy but oh, when I wanted to smack him it wasn’t pretty. Then I had an ‘ah-hah’, Eureka-kinda moment where it all clicked so all’s good.

“I was in love with him. Fucking love. With Dan Fucking Smith. And I hadn’t even seen his penis.”

Don’t you just love Haley’s revelations? But I fell for him too, so, I get her. It was inevitable. Dimples, I’m telling you. Dimples.

Two more things. One: Hunter. I sure hope Haley’s big, badass brother gets a story!

And the second: that epilogue. I swear, can’t remember the last time I read such an awesome, aw-worthy epilogue.

Five stars. With that, I rest my case.

***Copy given by author in exchange of honest review*** 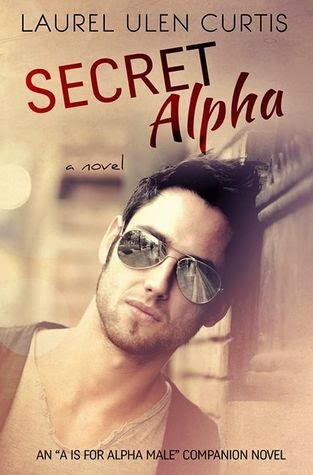 I’m Dan Smith, and I’m currently living two lives. Maybe even three if you really look into it. Haley, Allison, Hunter, Wade, Sergio, and Isla all exist in one or more of them somehow.

Am I a supporting role in their stories, or are they merely characters in mine? You decide.

She said. He said.

This is my story.

Warning: Some explicit language and sexual content.
Note: This IS a full length novel at ~75,700 words. It is just slightly longer than A is for Alpha Male.

First of all, this is the companion novel to A is For Alpha Male. You have to read that one first, for a better understanding. That one is from Haley’s POV, while this is from Dan’s/Ryan’s. It really is a case of She said, he said.
Of all the gin joints, in all the towns, in all the world, she walked into his.

It’s really interesting how life works and this book kinda makes me want to believe in soul-mates, what with Haley and Dan/Ryan’s past and then them meeting again, after twenty plus years. Things haven’t changed, yet they have, at the same time. Both of them were the same, at the core of their beings but were more mature, were all grown up.

I enjoyed A is For Alpha Male very much. Haley made me laugh and I loved her mother-daughter relationship with Allison. I liked this one too but I skipped parts I’ve already read about in A is For Alpha Male because it seemed redundant. I really wanted to see what happened with Dan/Ryan before Haley came back into his life and while she was on her trip. I wanted to see the badass side of Dan’s, the undercover mission he had going on, why he had to step away from Haley and let her go for a short while. And then how he came for her.

What I really loved about Dan Fucking Smith is that he’d orchestrated everything from the very beginning. As soon as he realized who Haley and Allison were, he’d wanted them back in his life, he’d wanted Haley not only because she reminded him of a better past but also because she had always held his heart. Back then, it was the heart of a little boy. No matter how many women he slept with, Dan still felt hollow.

“After having it back, I realized just how agonizing it would be to have it to miss it again.”

“Haley was mine, and I was going to stop pretending like she wasn’t.”

“She loved alpha males, and that was exactly what I was going to be.”

As I mentioned in my A is for Alpha Male review, life has a way of smacking you with something you never thought you’d need or want.

“(…) But for the last few weeks, I’ve been Dan Fucking Smith, and I like that even better because that’s who I am to you. Your Dan-o, your Danny, your Dan Smith. All yours, Haley.”

You really can’t stay mad at him for orchestrating the rest of Haley’s trip because he did it for her own good, for her own safety and because they belonged together. Simple as that.

Four stars for Dan Fucking Smith and his fucking dimples.

***Copy given by author in exchange for an honest review*** 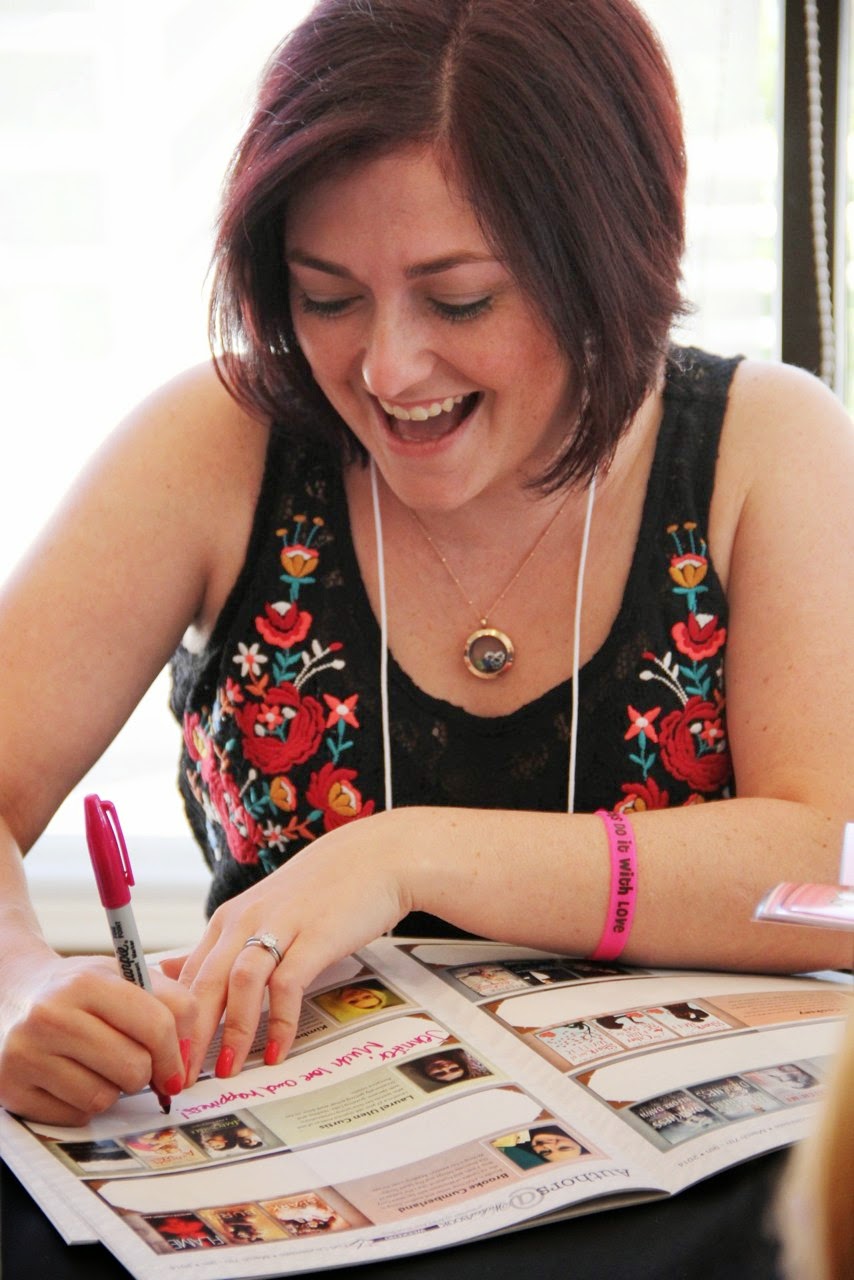 Laurel Ulen Curtis is a 27 year old mother of one. She lives with her husband and son (and cat and two fish!) in New Jersey, but grew up all over the United States. She graduated from Rutgers University in 2009 with a Bachelor of Science in Meteorology, and puts that to almost no use other than forecasting for her friends and writing a storm chasing heroine! She has a passion for her family, laughing, and reading and writing Romance novels. She’s also addicted to Coke. The drink, not the drug.

a Rafflecopter giveaway
Posted by Unknown at Tuesday, May 13, 2014