Because Ilsa Madden-Mills fell in love with her beautifully flawed characters in Very Wicked Things, she penned Very Wicked Beginnings as a prequel novella to the book, featuring the story of football star Cuba Hudson and ballerina Dovey Beckham.

Since May is Mental Health Awareness Month, all May proceeds from the sale of the novella will be donated to The Keith Milano Memorial Fund which benefits the American Foundation for Suicide Prevention (AFSP).  www.afsp.org 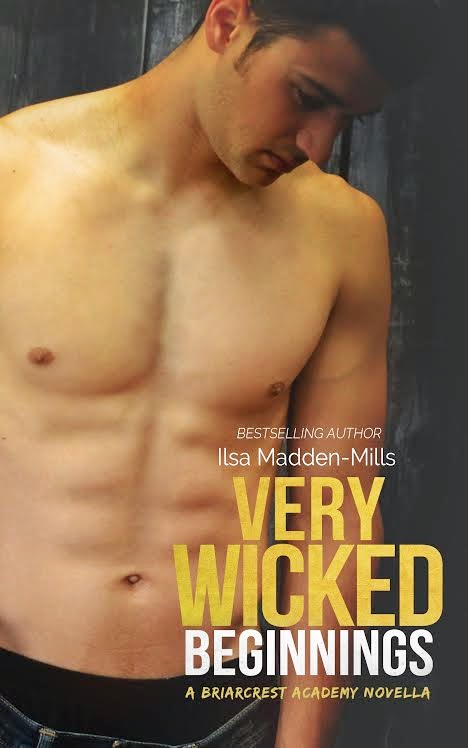 Girls say I’m a walking, talking sex god. Guys call me Hollywood because my life is golden.
It’s not.

But, ESPN did rank me as a four star recruit, calling me one of the best defensive players since Briarcrest Academy opened its esteemed doors. So yeah, with football and a stellar GPA, my future seemed good.

Then Dovey Beckham shows up in her short skirts and ballet shoes. Driving me insane. Making me want to beg for her attention.

But that wouldn’t happen, because Cuba Hudson didn’t beg for anything.

She walked around BA like she owned the place, and most days she looked right through me…the one girl I couldn’t have.

So, of course, I made it my mission to claim her, to put her notch on my bedpost.
Because no girl can resist the Heartbreaker of BA.

But I never planned on destroying her.

I never planned on wrecking the one thing that could save me. 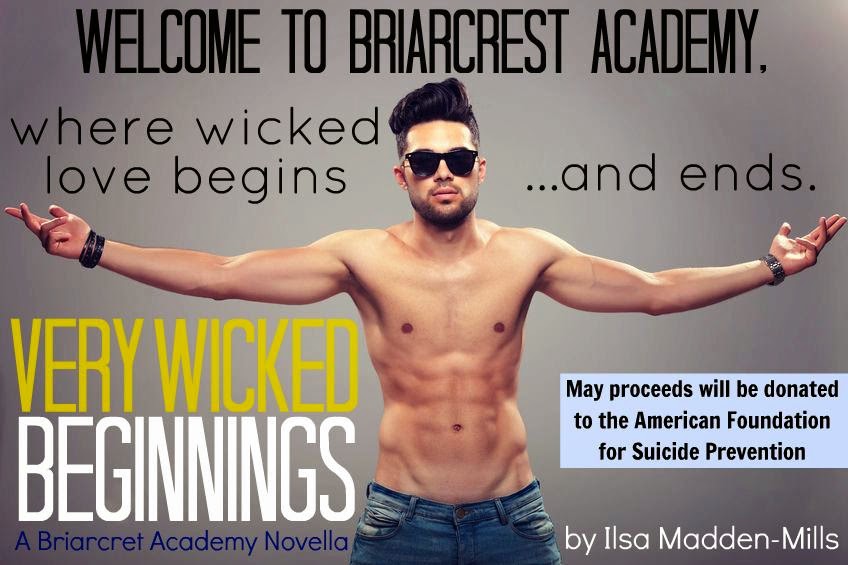 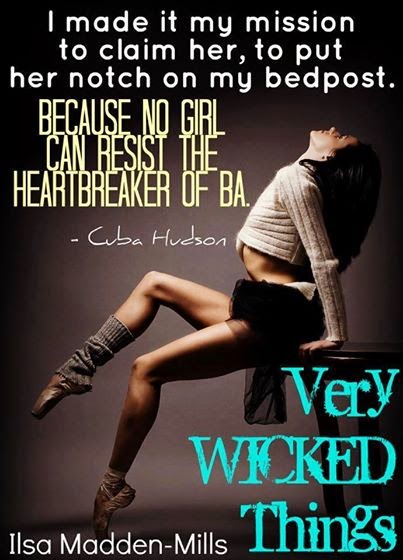 The Keith Milano Memorial Fund was established to help raise awareness about the devastating and deadly disease that is mental illness. Keith’s spirit and laughter is kept alive through our efforts to increase awareness about mental illness and to raise money for education and imperative research. Keith often struggled with society’s perception of mental illness.  Our hope is that by having the strength to say that Keith was “Bipolar” we can strip away the stigma and help others to be more open about their disease. www.keithmilano.org
The Keith Milano Memorial Fund benefits the American Foundation for Suicide Prevention (AFSP).  www.afsp.org

AFSP is the only national not-for-profit organization exclusively dedicated to understanding and preventing suicide through research and education, and to reaching out to people with mood disorders and those affected by suicide. 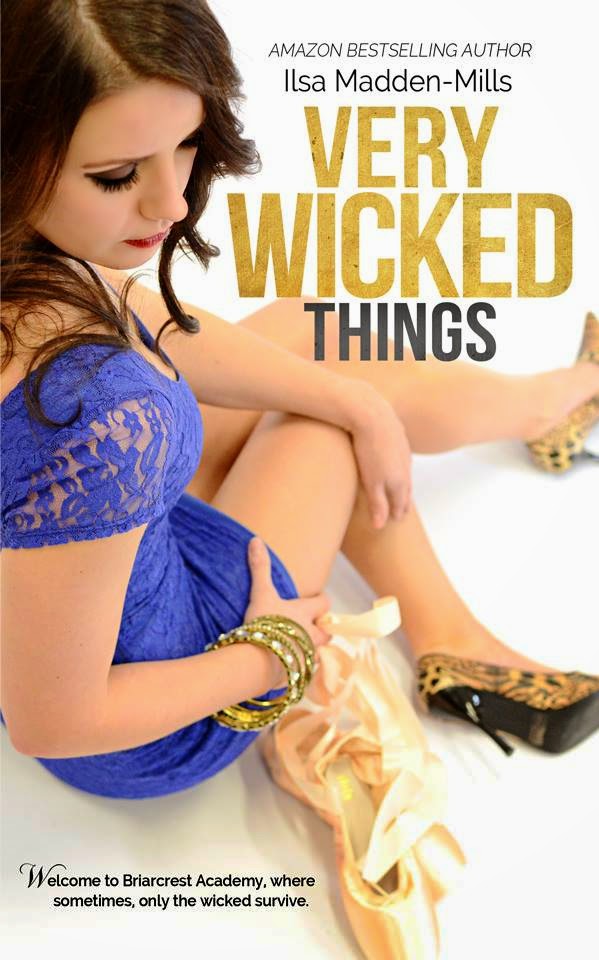 Ballerina Dovey Beckham is a scholarship student at Briarcrest Academy, determined to prove she’s more than just a girl with the wrong pedigree. She does whatever it takes to succeed in her endgame, even if it means surrendering her body but never her heart.

Until the day she meets him, and he rips apart all her well-laid plans. Suddenly, the girl everyone thought unbreakable might just shatter.

Cuba “Hollywood” Hudson is rich, spoiled, and a star football player. With his fast cars and superficial girlfriends, he lives the high-life, hiding his secrets from the world.

Until the day he meets her, and she offers him something he’s never tasted…love.

But once in a lifetime kind of love doesn’t come easy…especially when dirty money, past sins, and old flames threaten the very fabric of their lives.

Welcome to Briarcrest Academy, where sometimes, only the wicked survive. 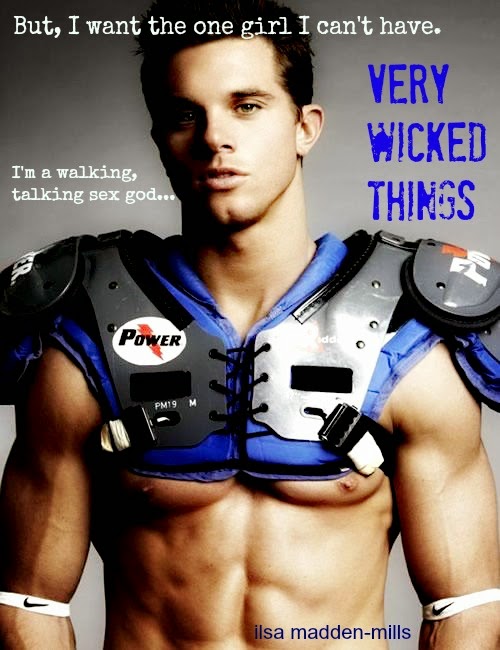 I got out of the shower and dressed hurriedly, anxious to get back to Cuba.
The door opened, and like he did it every single day, he stepped inside the steamy bathroom.
“Think I need a shower, too,” he said, his fingers easing off his football practice shirt.
What? Now?
Trying to play it cool and failing miserably, I moved my eyes off his naked chest and checked out his track pants and the obvious bulge he sported.
Oh. Did his lower body match the rest of him? Was it all sinewy muscle and big?
Just, yeah. That thought got stuck in my head and went round and round.
“You staying?” he asked, a grin working his face. Pleased at my open admiration, probably.
“No,” I said, but made no move to go. ‘Cause I had no shame when it came to catching a glimpse of his muscular body.
“Good,” he said, his smile broadening.
He pivoted to turn on the shower, and my eyes betrayed me again, admiring the muscles in his back, checking out how they twitched and rippled when he moved. Football and rowing had been good to him. My fingers itched to know how they’d feel underneath my hands. Which was stupid because we had nothing in common. Not a rich Highland Park boy and a poor girl from Ratcliffe.
And most importantly, he was a player, not to be trusted.
He hooked his thumbs into his pants, paused a moment—maybe waiting to see if I’d run from the room?—but when I didn’t budge, he slid them and his underwear off. My mouth opened. Cuba Hudson, the most popular guy at Briarcrest was standing right in front of me, naked and beautiful. And like the cocky bastard he was, he posed for me, his big-ass biceps and chiseled abs making me vibrate all over. Need for him slammed into me.
Did I say he was hot?
Well, I was wrong.
He was off-the-charts, no-holds-barred, freaking going make-me-lose-my-mind-right-there delicious. The ultimate man-candy, the kind I knew to stay away from, yet here I was, ogling him.
“Still leaving?” he asked huskily.
“Any minute,” I said in a weak voice, backing up to the wall and propping myself up. “Just chillin’. Shower wore me out. I might need to hold this wall up for a sec.”
“I want you to stay,” he said, eyes at half-mast, glowing with heat.
“Why?” I said, aching to touch him. But that was crazy. I was a virgin, and I didn’t know jack about touching a guy’s you-know-what.
“Look at me, Dovey.”
I tore my eyes from his manhood, blushing.
His eyes burned. “There’s a sense of urgency in my head. Like our time is limited.”
I nodded. Yeah, same here.
“And, I’ll be honest, I don’t want to rush you, but I’m dying to sink into you. I want to set you on fire with need for me.” He ghosted his hands over the steel rod between his legs. Once, twice, and—holy shizzle, he didn’t stop.
My chest rose faster and faster, and I tried to chill-out, but I couldn’t.
He lowered his voice. “Kiss me again, Dovey.”
Oh. “That’s a terrible idea, Cuba. Cause you’re naked, and I’m turned on because you’re naked. And you’re touching yourself. And you’re naked.” I sucked in a sharp breath. “Not a good combo. Odds are we’ll end up in that shower together or back in your bed doing the double-backed monster.”
“Then join me in the shower. I’ll be good. For you.” He arched his back, his hands still doing that back and forth that was driving me insane.
Liar, liar, pants on fire, I thought. No way he would he be good.
Because he was the Heartbreaker of Briarcrest Academy. And one wicked boy. 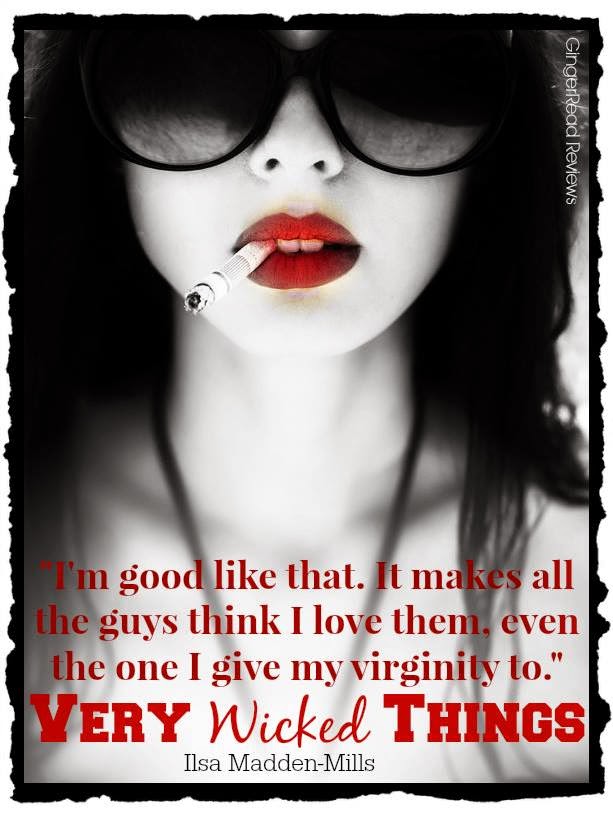 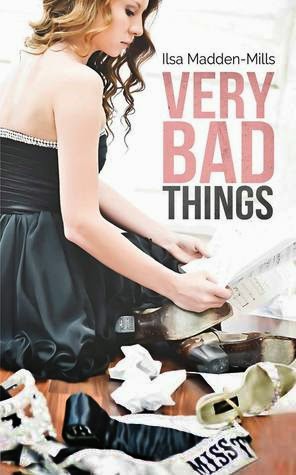 Author Bio:
Ilsa Madden-Mills writes about strong heroines and sexy alpha males that sometimes you just want to slap. She spends her days with two small kids, a neurotic cat, and her Viking husband. She collects magnets and rarely cooks except to bake her own pretzels. When she’s not typing away at a story, you can find her drinking too much Diet Coke, jamming out to Pink, or checking on her carefully maintained chocolate stash. She loves to hear from fans and fellow authors.

a Rafflecopter giveaway
Posted by Toni FGMAMTC at Tuesday, May 13, 2014