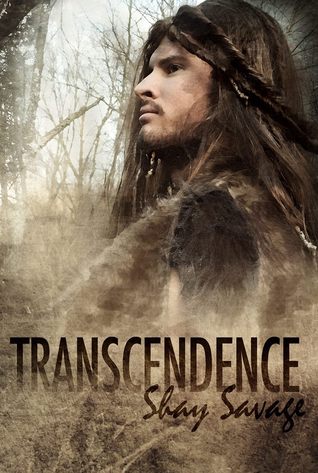 It’s said that women and men are from two different planets when it comes to communication, but how can they overcome the obstacles of prehistoric times when one of them simply doesn’t have the ability to comprehend language?

Ehd’s a caveman living on his own in a harsh wilderness. He’s strong and intelligent, but completely alone. When he finds a beautiful young woman in his pit trap, it’s obvious to him that she is meant to be his mate. He doesn’t know where she came from; she’s wearing some pretty odd clothing, and she makes a lot of noises with her mouth that give him a headache. Still, he’s determined to fulfill his purpose in life – provide for her, protect her, and put a baby in her.

Elizabeth doesn’t know where she is or exactly how she got there. She’s confused and distressed by her predicament, and there’s a caveman hauling her back to his cavehome. She’s not at all interested in Ehd’s primitive advances, and she just can’t seem to get him to listen. No matter what she tries, getting her point across to this primitive, but beautiful, man is a constant – and often hilarious – struggle.

With only each other for company, they must rely on one another to fight the dangers of the wild and prepare for the winter months. As they struggle to coexist, theirs becomes a love story that transcends language and time.

I'm late to the party, but better late than never! Okay, so I regret not reading it sooner but I was kind of hesitant, as I'm sure a lot of readers are. I applaud everything different and unique but that doesn't mean I'm not afraid of reading said unique and different. What if I'm disappointed? I'm always the odd one out, so it wouldn't be the first.

But ah, you see, I was not disappointed. Many praised this book in the book group I'm in, but it took a friend to talk about it with a passion like you haven't seen, for me to actually start reading it. Not sorry. Not one bit.

I immediately fell for the hero, the caveman Ehd. He is all alone and sad. He gutted me with his thoughts. But then, lo and behold, he stumbles upon a weird female that is wearing weird garments, and she makes these weird noises. But she's pretty and Ehd decides to keep her; to have her as his mate and protect her from all.

It may sound weird, but given the time the story is set in, what do you expect? I didn't find it weird that all he wanted was to hunt, to provide for Beh [Beth] and mate with her, have kids. Ehd is actually one of the sweetest heroes out there, one of the best written male leads, in my opinion. He's the perfect guy! He worships Beh and wants to do anything for her.

Yes, there were times I wanted to shake Beh but one also has to consider her position. But she slowly adapts to the time and falls in love with Ehd. Let me tell you, I'd melt whenever he'd slowly run his nose up and down hers. I mean c'mon! And later, with the kids? Dear God!

It spans an entire life spent together, so be ready for all the feels. 5 stars for this brilliance. 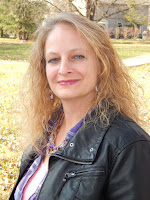 Shay Savage lives in Cincinnati, Ohio with her family and a variety of household pets. She is an accomplished public speaker, and holds the rank of Distinguished Toastmaster from Toastmasters International. When not writing, she enjoys science fiction movies, masquerading as a zombie, is a HUGE Star Wars fan, and member of the 501st Legion of Stormtroopers. When the geek fun runs out, she also loves soccer in any and all forms - especially the Columbus Crew, Arsenal and Bayern Munich - and anxiously awaits the 2014 World Cup. Savage holds a degree in psychology, and she brings a lot of that knowledge into the characters within her stories.