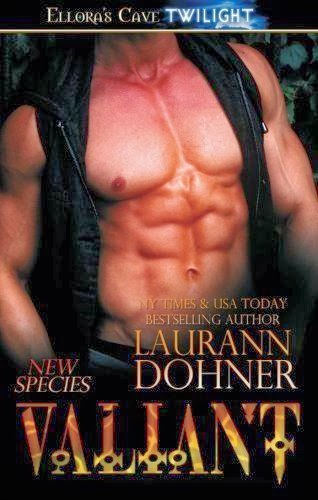 Tammy has always tried to be prepared for any calamity life might send her way but she never imagined a sexy, lion man-beast in her future. He's huge, got the most exotic, golden cat-eyes she's ever seen, and she's so terrified she's speechless for the first time in her life. He's stalking closer, growling at her, and she's too terrified to even flee.

Valiant hates humans. But when he gets a whiff of the adorable human female who has invaded his territory, he starts rethinking. Her fear scents of pure, sweet temptation and the closer he gets, the more appealing she becomes. Once he's got his hands on her, he isn't about to let her go. One thought will change his life. MINE Before Tammy can regain her senses, she's flat on her back in Valiant's bed. Now he just has to use every inch of his big, buff body to convince her that she should stay with him forever.

Reader Advisory: While this book may be read as a standalone, the background story is best enjoyed when the books in this series are read in sequential order.

Review
I love this series, New Species.  I was hooked immediately after starting book 1.  I just had to take a short pause in reading to do a review for Valiant (book 3).  My friend, who knows how I love strong, controlling, sexy, possessive, beast-like book boyfriends, recommended this series.  I messaged her mid-way through the first thanking her.  She couldn't wait for me to get to Valiant, knowing that I would love him.

The New Species are human/animal hybrids.  Humans were crossed with either canine, feline or primate DNA and given drugs which affected their growth patterns, strength, healing, abilities etc.  They were experimented on in labs by evil doctors and have now been found and freed.  Currently they are trying to acclimate to the real word while protecting themselves.

I was worried after finishing the first book that the series would become dull and repetitive, but each story although similar is quite unique.

Something that I like about the books (besides the man candy) is that the women are fighters.  Even though they often need to be saved, they are great at thinking on the fly and finding a way to stand up for themselves.

Although each book is about a certain couple, many characters from past books or future books weave in and out of the storyline.  This is a plus to me.

All of the New Species men are super alpha and animalistic.  I love this about them.  The scenting, the growling-oh so yummy.  They also have super strength, sight, hearing, smelling and other animal-isk traits (and they're super-sized down below, smile).  Thus far, Valiant is the biggest and most beastly of any.  The majority of the N.S. are more man, but he's more animal (lion to be exact).

Everyone is afraid of Valiant.  He roars.  He attacks.  He totally embraces his brute side.  No one would dare cross him.  After he gets Tammy's scent for the first time, she's his in his mind.  Thus, he is finally open to caring about another, his mate.  It's awesome when this little chick goes toe to toe with the mountain of a man/lion.


She's mine and I'm never allowing her to leave me.  I couldn't survive without her.

For being so scary and distant, it's amazing how loving he really is after his guard is down.  Valiant has the ability to be deep (and blunt). 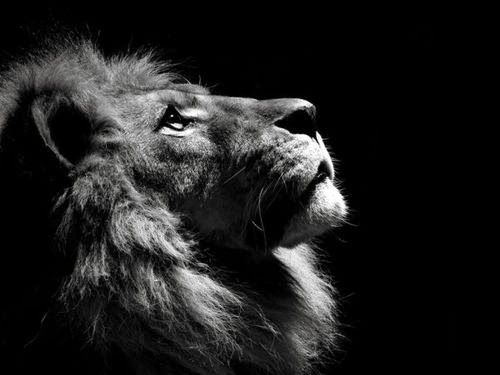 Valiant moved, climbed up on the bed, and pressed his nose against the mattress again.  Tammy's scent lingered there.  The smell of her terror was strongest there.  He didn't want to move for fear it would fade away.  He had to find her.
He sensed Justice and Tiger watching him.
Justice sighed.  "Does it help?"
"A little,"  Valiant admitted softly.
"I do not want to live anymore if we don't find her."

It's a great book, and on that note, I'm off to read more.

About the Author
I'm a full time home 'supervisor' which is a nice word for saying I'm a housewife. I'm married happily, I met my dream guy 20 years ago, and we have 4 children. I live in Southern California and I can't function without iced coffee. I believe in romance, I've always been a daydreamer, and I'm a HUGE fan of books, always have been.
No, I didn't know that I always wanted to write. I inhaled books as a child. I read entire series (Pippi Longstocking, Nancy Drew and The Hardy Boys, Trixie Beldon, The Borrowers, etc) in a matter of days at a time. By the time I was nine years old I had an adult library card where I visited often. I moved on to John Saul, Stephen King, Richard Laymon, Agatha Christie, and then found romance. I was hooked. I wrote poetry in my teens and then moved on to short stories. My first book was started after I read a real bomb of a book that ticked me off with really horrible characters and a plot that was shabby at best and I thought... I could do better. LOL.
I wrote my first book which will probably never see the light of day in the early 90's. I wrote a series of a few books from it. I'm a series fan! I kept writing for fun, wrote MANY books and then in 2009 I decided to try to get published. I wrote my first Sci Fi romance and Ral's Woman came to be. I submitted it and with a little tweaking, Ellorascave sent me an acceptance letter. It was kind of a 'Cinderella' experience for me. It's been a terrific ride so far and I'm really happy that I finally had the time to commit to writing full time. It's a dream come true.