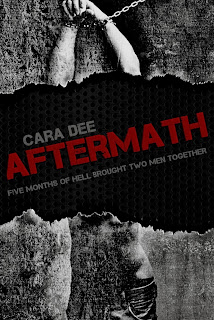 Synopsis
Austin Huntley and Cameron Nash are like night and day. One is a family man, works in a nice office, drives an expensive car, and is content to be content. The other one is an antisocial car mechanic with a short fuse.
Some things don’t change. Others definitely do.
After surviving a five-months long kidnapping together, they struggle to return to normalcy, all while realizing that they're more drawn to each other than they ever could've imagined.
"I know I'm not normal, but I'm not fucking stupid."
"Define normal," Austin countered quietly, meeting Cam in the doorway. "And for not being normal, you're the only person in the world who makes sense right now. What does that say about me?"

Review
Aftermath is book one of a series.  It is categorized as M/M romance.
I was recommended this book by a friend that knows I like M/M and dark reads.
After reading I wouldn't classify this as a truly dark read.  It definitely does have dark elements.

The story is about two men who survived abduction and torture at the hands of a psycho.  There are several flashbacks of what they went through, but the main story going on in the book is after returning from their hell. 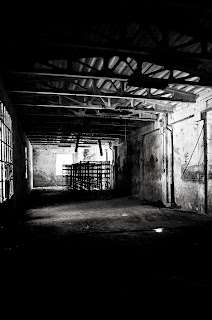 The men grew to depend upon each other after supporting each other during their captivity.  When they are dropped back into their lives before, nothing feels right anymore.  Too many changes have taken place.  Neither are the same psychologically, physically, socially, mentally...  Also, after they get home, they can't get over the need for each other, which grows into something more than friendship and enters romance, sex and love. 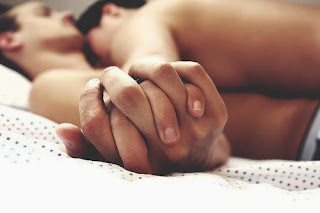 I really enjoyed reading this book.  It was a combination of a love story (from first stirring to full development) and a psychological study (of a horrific situation after the fact, making it not as bad because you know they survived from the beginning).