Torn From You by Nashoda Rose 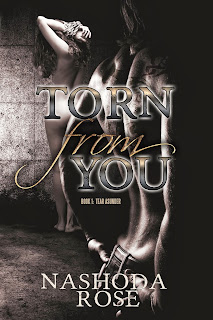 Torn From You by Nashoda Rose

Blurb
Love is like an avalanche. It hits hard, fast and without mercy.

At least it did for me when Sculpt, the lead singer of the rock band Tear Asunder knocked me off my feet. Literally, because he’s also a fighter, illegally of course, and he taught me how to fight. He also taught me how to love and I fell hard for him. I mean the guy could do sweet, when he wasn't doing bossy, and I like sweet.


Then it all shattered.


Kidnapped.
Starved.
Beaten.
I was alone and fighting to survive.
When I heard Sculpt's voice, I thought he was there to save me.

I was wrong.
(It is recommended to read "With You" the novella first, however not necessary).
*Warning: This book contains some disturbing situations, strong language and sexual content. Over 18 years.

Review
Torn From You is book one of a series.

Let me tell ya, this book has it all.  Almost every fantasy I have was featured in this book.  And better yet, it was written in a believable way!  I don't know how she managed to include so much and still  pull that off.

I can already tell this series is going to be a favorite of mine.  Fighting. Motorcycles. Rock Stars. Masters. Military. JTF2. Seriously, hot alpha men overload.  It's like being a kid in a candy store when trying to pick which guy is your favorite. 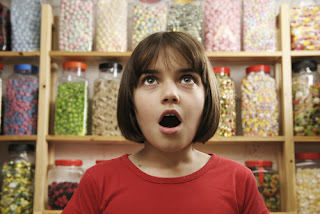 All sweet was out; hot and scary with a teaspoon of sweet was in.

This book is about Emily and Sculpt/Logan.  Yes, it does have dark elements in the story, but personally I would not consider it a dark read.
After Emily's upbringing, she has a very low opinion of herself.  The only people she has in her life are her best friend and her best friend's brother.  After being attacked, she approaches Sculpt at one of his fights to ask for fight training.  Once getting to know Eme, Logan sets out with the goal of making her see her worth.  He wants to get over his past and hers and make both of their dreams come true. 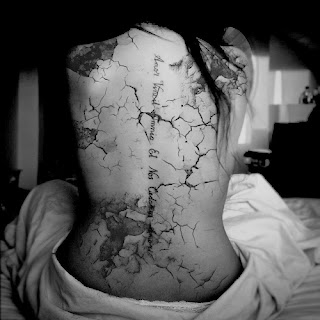 You, Emily. You're worth fighting for. I fought all my life, but never for anything worthwhile. Now...Now I'm fighting for my heart. Bullshit ends here and now.

I thought I knew who Logan was after reading the prequel, but I had no idea.  I only knew of his current great traits and nothing of his past.  He is an illegal fighting champion who is only fighting to make enough money to help his band make it big.  He's the lead singer and guitar player. 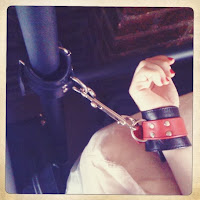 Most of the way through the book, I really still didn't know who he was and what he'd been through.    His past is a whopper.  And even what he endures in this book is extensive.  Wow, what a man.  Emily doesn't get away with an easy ride either, at all.  She is kidnapped from one of Logan's concerts which drops her into an evil world and throws Logan back to his roots, a place neither of them wants to be. 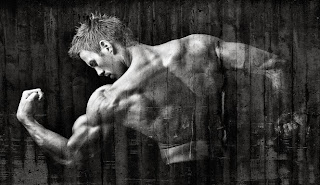 We were torn apart, because Eme-I'd never have stayed away from you any other way.

After finishing the book, I finally saw how amazing a person he truly is.  I want my own Logan.

That pussy doesn't get fucked, touched, or played with without me. You need it, I'm happy to give it to you. But you, lying in bed plaint by yourself-no.

Torn From You is full of ups and downs, highs and lows.  There are so many gorgeous hunks of men. Also there are several villains.  Many complex relationships are explained.  It's full of great love and great hate.  The action factor is pretty high.  As I said, I'm looking forward to the rest of the series.